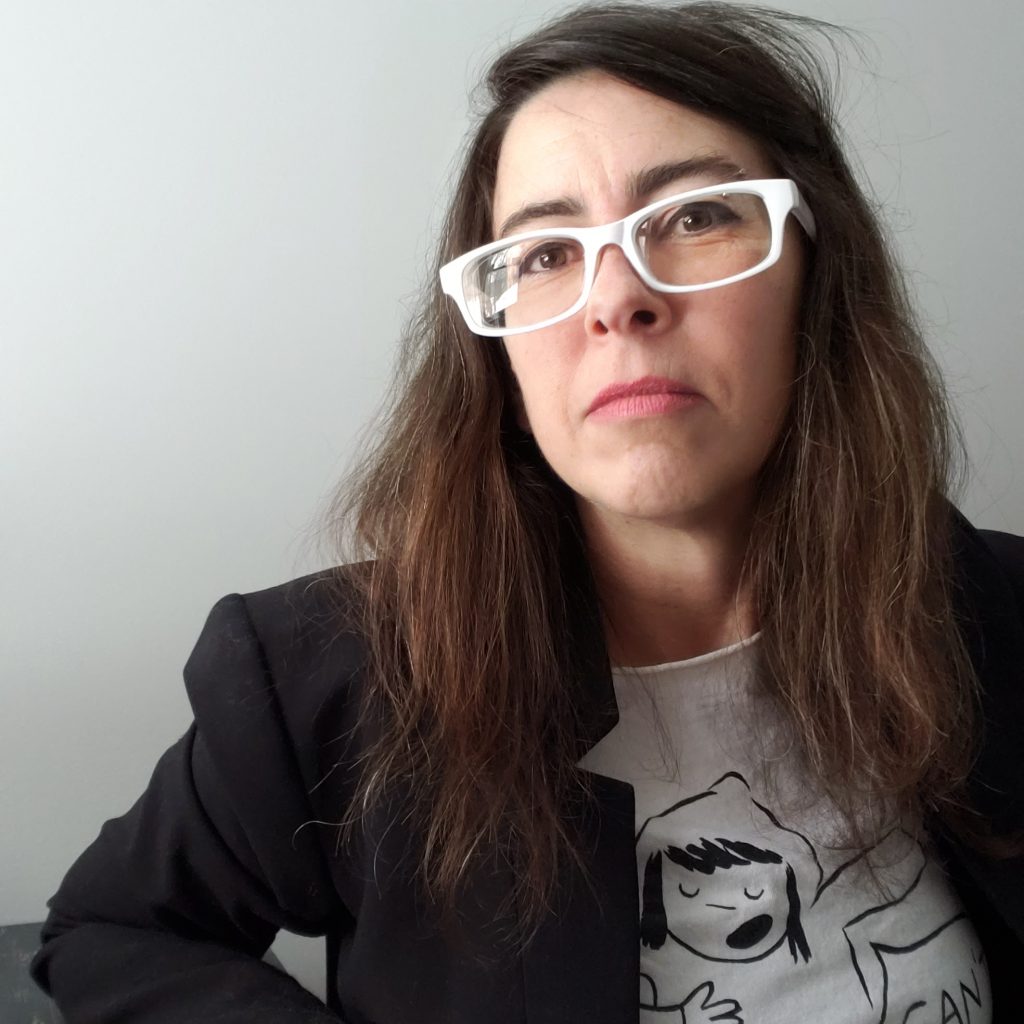 What’s the cost of a free house? For Anne Elizabeth Moore, it started with the price of publicity; appearing on news, television spots and in local media to be the face of a fellowship. When a Detroit charity and arts organization granted Moore a home, based on an application she forgot she had submitted, it seemed perfect. She loaded up her cats, Thurber and All Girl Metal Band, and left Chicago for her new home in a majority-Bangladeshi neighborhood in Detroit. However, the cost evolved into maintenance and hefty repairs like a faulty roof, and furthermore, isolation, depression and an impossibly accumulating water bill. Anne Elizabeth Moore’s memoir “Gentrifier” is the result of the catastrophe that was a free house. 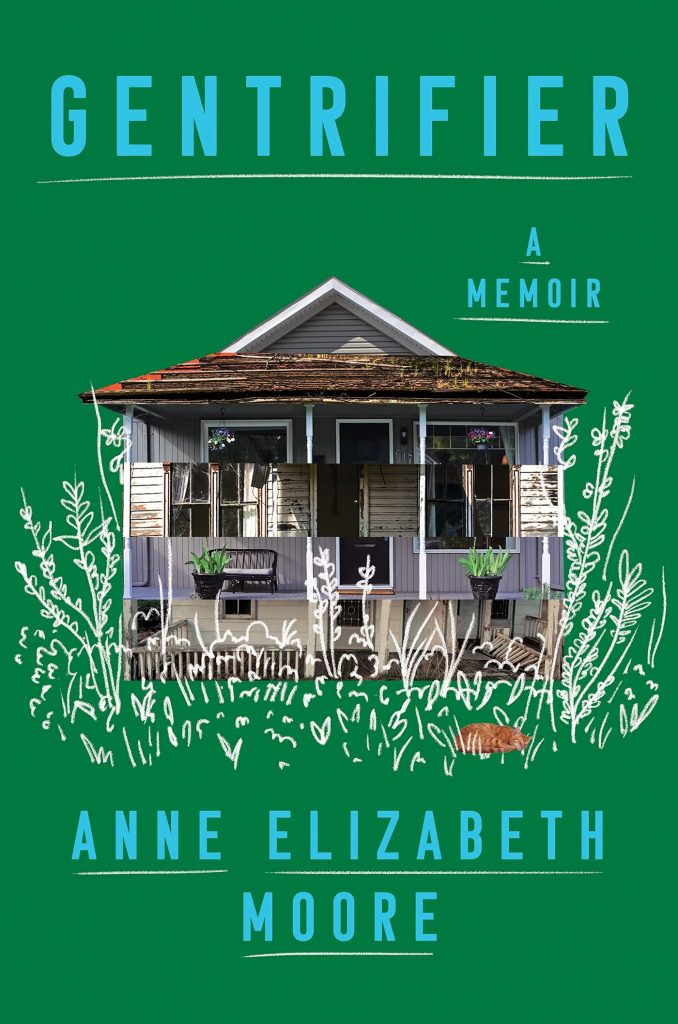 The most American places are the ones where things are jammed in as tight a space as possible, full of contradiction and kitsch and ego. When I connected with Moore, she tells me about her current home in New York State where the village abolished police over ten years ago, where they house the nation’s largest manufacturer of opiates, and where the central celebration is a sausage festival put on by the firefighters. It’s a very American place.

Moore tells me Detroit is a very American place, as well. “Detroit is one of those cities where there are enough creative people, enough engaged people, and there’s enough jerks, particularly in city government, with competing agendas. It’s even fascinating the way neighborhoods happen there, where there can be… a vibrant strip of commercial businesses down the street, next to sixteen burned-out houses that haven’t been fully torn down. To me, that’s what the complexities of this country are about.”

There are many intersections in the arts communities between Detroit and Chicago. People commute between the two constantly, but Moore did not account for the societal distance of such geographically close cities. In the book, she writes, “There is much talk in Chicago of the meaning of community, and through these conversations I come to find my own communities through shared interests in art, books, social justice, and research… But in Detroit, I am adrift. Local acquaintances fail to evolve into friendships; the strong focus on building traditional nuclear families seems to curtail a larger sense of community sustainability.” Part of the reason for this rift is Detroit’s intentionality in setting itself apart from Chicago. This is why Detroit is in the Eastern Time Zone, aligning itself with New York in the early twentieth century (the creation of time zones being a subject Moore has previously written about). “Detroit wants to distinguish itself from Chicago,” Moore tells me, “I think for very good reason.” She goes on to say, “People often leave Detroit rather quickly,” compared to Chicago where people leave and come back, while in Detroit, “when they leave, they leave more permanently.”

Moore started writing sections of what would become this book as jokes. And by jokes, I mean anecdotal set-up and punchline: jokes. It’s a structure that lends itself to be consumed. I moved through the pages waiting to see how the jokes transform from humorous, to fascinating, to devastating, taking the reader back and forth in time to get a full scope of her experience. When I ask about the structure, Moore says, “Working in comics for a long time allowed me to figure out how vast leaps in logic work on the page.”

The heart of the book is in American bureaucracy, failing bureaucracy, in a system set up so nobody can succeed, while the people who are succeeding bypass the bureaucracy altogether. Down to the illegality to which the organization purchased the house before awarding it to Moore and the court systems that follow. In structuring the manuscript, Moore points out, “You can’t just drop a police procedural into a book of jokes.” When Moore showed the manuscript to lawyers, to validate she had the correct information, she was sure to ask if they also found it funny. And while the lawyers who signed off on the legal aspects failed to find the humor in it, Moore, herself, certainly enjoys the irony of home ownership.

As we’ve seen in the past year-and-a-half, home ownership and housing individuals have become crucial, yet there are systems at play making it difficult. “For the most part,” Moore says, “I think the thing that is clear about Detroit is that the city works really hard to suppress and oppress people who live there for a long time. Even though I didn’t stay, I do think that is observable.”

“It is a place the media tends to ignore, and the opportunities that pop up, like the organization I worked with, tend to disappear quickly, so there aren’t a ton of ways of building a long-lasting structure. A lot of those organizations are white-led or entirely run by white folks and there is a lack of stick-to-it-iveness around cultural programming of Detroit that tends to happen with white programmers.”

While it seems bleak, Moore believes the solution is evident. “To a degree, if we can find a way to get financial resources and cultural resources into that city, and let the people who are already living there and working there and doing stuff distribute it themselves, that will disappear. But that’s something that is taking a long time, to convince people with money that it’s the right way to go.” 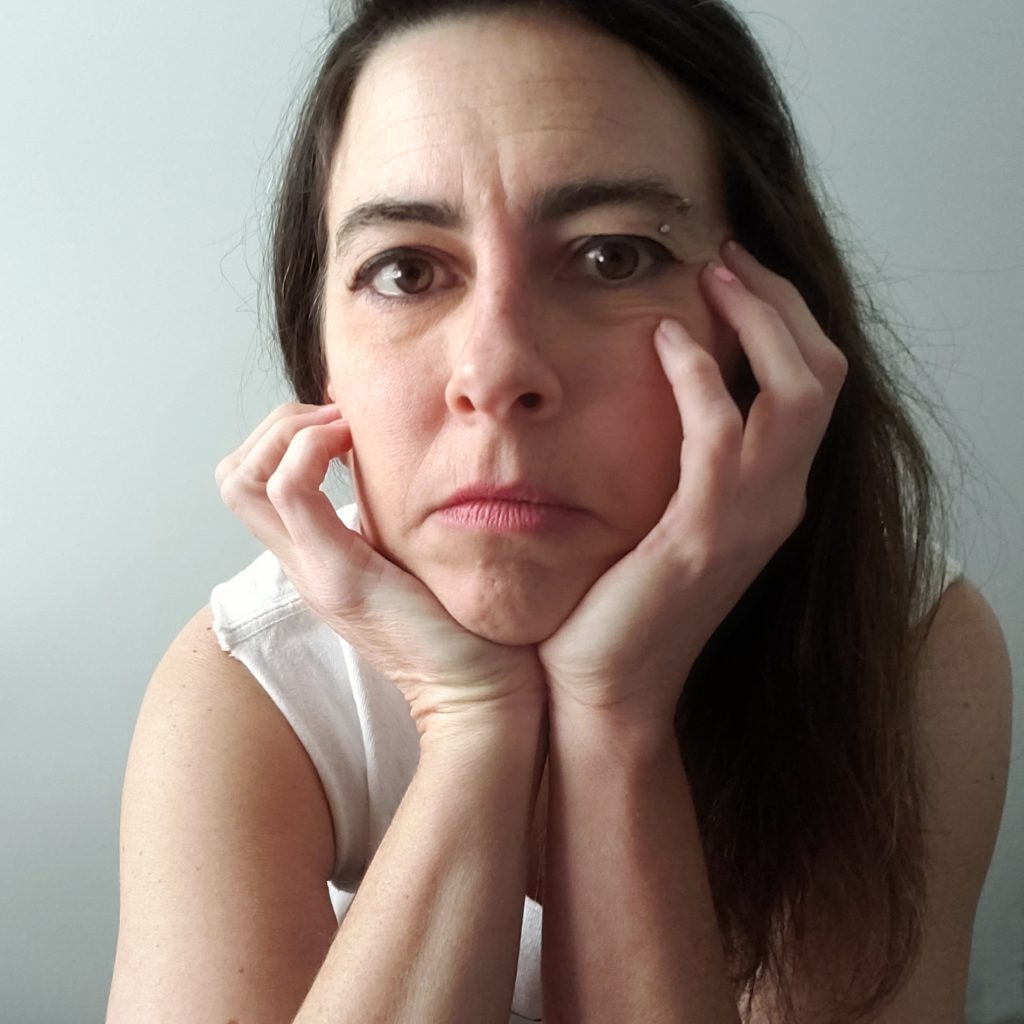 “There’s a lot of cities where that same conversation has happened to and the same conclusions have been reached, and yet… in Detroit, it continues to be difficult to convince people in power to do the right thing.” She follows up: “The people who live there know this already.”

Although she pointed out the difficulty to find a sense of an artistic community while living in a city with too many other factors at play, she was not altogether deprived of community. The teenaged girls in Moore’s majority Bangladeshi neighborhood become central characters in the book, as over time they cared for each other through the cultural exchange of zine-making lessons for halal meals, and questioning the concept of “American-ness.” When Moore had guests from out of town, she would immediately take them to meet the neighbor girls, and their families. “There’s something special about these people and the way they cared for me,” she says when I ask what she misses about the area. “You don’t just get to meet people who are that amazing.”

In an oppressive, broken housing system, Anne Elizabeth Moore’s “Gentrifier” serves as the guide for how to laugh at the absurdity of bureaucracy.