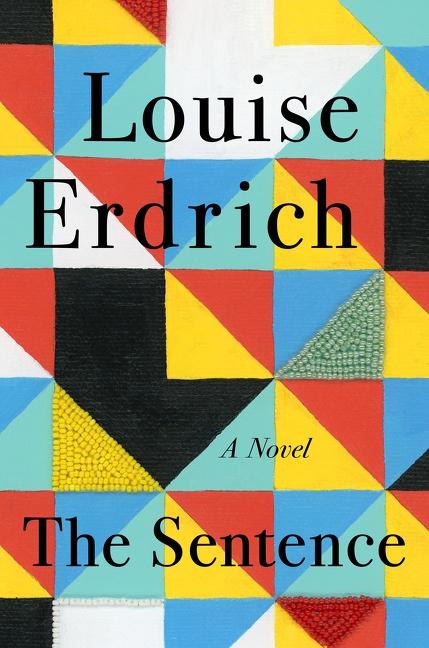 Louise Erdrich appears as a minor character in her new novel, “The Sentence,” and her bookstore in Minneapolis, Minnesota has an even larger role. The bookstore is haunted by Flora, an annoying white woman who frequently visited the store, anxious to prove that she had a native heritage. Flora haunts Tookie, who can’t understand why she seems to be the object of her attention. As an employee of Erdrich’s bookstore, Tookie and her colleagues are no strangers to people like Flora, eager to prove their indigenous bloodlines, often oblivious to the tired tropes they trot out.

Tookie is a former addict who served time in jail for a silly crime that Erdrich explains in one of the funniest first chapters I’ve read in a long time. “I was at a perilous age when I committed my crime. Although in my thirties, I still clung to a teenager’s physical pursuits and mental habits.” Being incarcerated did bring about two significant changes: Tookie kicked her addictions and became a reader extraordinaire, thanks to a former teacher who sent her books and a decently stocked prison library. Tookie emerged a well-read woman, more grounded than the one who went in, and soon after married her arresting officer, Pollux, a tribal police officer.

One of the thrills of reading “The Sentence” are the books Tookie (and presumably Erdrich) loves and recommends—by Isak Dinesen, Clarice Lispector, Robin Kimmerer, Octavia Butler and many more. It’s delightful hearing the kinds of conversations passed between bookseller and customer.

“Woman: It has taken me years, but I’ve read all of Proust. I need something complicated.
Me: Have you read the Russians?
Woman: My god, has it come to this?”

The theme of proving one’s indigenous credentials is repeated throughout the book, whether it’s a challenge from those outside the native communities or even within it. There are people like Flora, who try to link their own heritage to the culture they admired or, in Tookie’s case, try to hold on to a tradition in a land occupied by colonizers. “The thing is, most of us Indigenous people do have to consciously pull together identities. We’ve endured centuries of being erased and sentenced to live in a replacement culture. So even someone raised strictly in their own tradition gets pulled toward white perspectives.”

When Pollux’s daughter arrives with a baby, hard-edged Tookie melts to the child. “When a baby falls asleep in your arms you are absolved. The purest creature alive has chosen you. There’s nothing else.” She’s eager to build a home where the previously distant daughter and her son feel welcome and will stay. But suddenly, any question of leaving is erased when the pandemic begins and shortly after, George Floyd is killed by a policeman in Minneapolis. Soon after, the city is roiled in protests and a disproportionate and frightening militaristic response. Tookie and her friends and colleagues, like so many of us, were pressed between caring for their families, keeping a business afloat, and protesting injustice in a country “led by a filthy old con artist.” Erdrich, like many artists, refuses to use the former president’s name. The pandemic and the murder of George Floyd are no mere plot devices—they are a reckoning. When these tumultuous events charge into Tookie and Pollux’s lives, both of them are forced to face the impact his former career as a Tribal cop has had on them. Tookie feels resentment for all the times she was treated inhumanely by the police when she was incarcerated, and Pollux, who honestly feels he acted honorably in his position, has to admit he was part of a corrupt system that’s unjust and unfair to indigenous and Black people. Like all of Erdrich’s books, “The Sentence” is filled with humor and humanity. Her characters ask life’s hard questions, usually coming out the wiser, and you might too. (Kelly Roark)