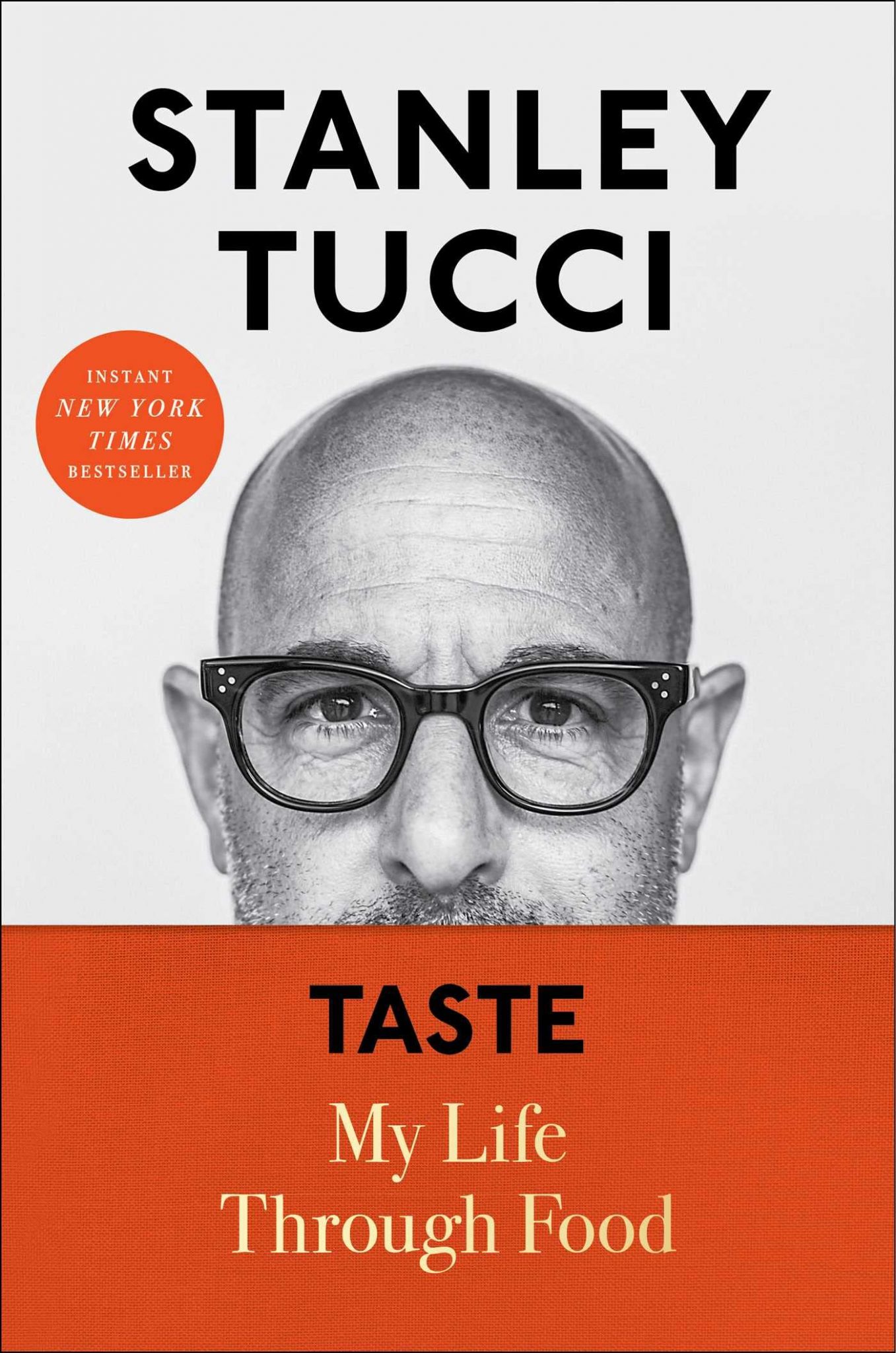 Affability, integrity, intelligence: How do you convey all that in a word or a glance or even the flicker of a smile? You’re born to it, it would seem. (Or maybe you’re just a fine, unshowy actor.) Charismatic New Yorker Stanley Tucci has demonstrated range in drama and comedy in a lengthy career, as well as in the role of creator—1996’s “Big Night,” which he co-wrote and co-directed, is one of the great films about food and food as prepared with and served to family. I’ve run across Tucci multiple times since a meeting at the end of the last century when we talked for a longtime about “Big Night” while sitting in a Starbucks window looking toward what was then Tribune Tower. Later, at film festivals or when he discussed films like “Joe Gould’s Secret,” the man remained the most genial of hosts even in the most glancing “hi-how-are-you?”

His first food-to-prose volume, 2012’s “The Tucci Cookbook” elicited this compliment from no less than Anthony Bourdain: “His recipes and the techniques he taught me are fundamental to my life and have saved me from untold embarrassment every time I cook for my Italian in-laws.” “The Tucci Table: Cooking With Family and Friends,” co-authored with his wife Felicity Blunt, came in 2014: genial reads about the essential loves of pasta and cocktails and other comestibles first learned from and with his Southern Italian family in Westchester County. (Movie roles happened between meals, too, even if there were not enough films as writer-director.)

Lockdown elicited an unexpected public side of Tucci, when from his London home, he posted an Instagram video of himself, casual in an arms-out black polo shirt, preparing a Negroni for his wife. The result is delightful, luxurious, and ridiculously luxurious in just over three minutes. Other drinks from our modest, confident home bartender followed, including a classic gin martini. (Tucci hadn’t intended for the videos to become an internet sensation.)

Everything about Tucci’s public life suggests taste, good taste, superb taste, and his absorbing memoir runs with it: “Taste: My Life Through Food.” Multiple meanings lie within that title, including a barb that he reserves until nearly the end of the book. Three years ago, before his six-episode 2021 CNN series, “Stanley Tucci: Searching For Italy,” he lost his sense of taste while being treated for oral cancer. Tucci, cancer free, says his sense of taste and smell has heightened now after recovery.

“Taste” has a lot going on, and not always in linear fashion. Here’s a passage about the gestation of “Big Night.” “I began writing what would eventually become the film ‘Big Night’ over thirty years ago. I had always wanted to write a script that would be more in keeping with the tone and structure of a ‘foreign film.’ By this I mean a film that was primarily character driven, eschewed stereotypes, and ended somewhat ambiguously. When I lived on the Upper West Side in Manhattan during the 1980s, I was often unemployed for lengthy periods of time. In order to maintain sanity, instead of sitting at home and waiting for the phone to ring, I would exercise, visit museums, attend the theater (affordable standing-room tickets only), or go to the cinema. Unlike today, there were many independently owned cinemas that showed foreign and independent films. One afternoon, in a little cinema on Sixty-Eighth Street and Broadway, which sadly is no longer there, after completing my daily workout, I ate an inexpensive, very unhealthy meal of something or other at the adjacent coffee shop (also no longer there), grabbed a cup of joe to go, paid my few dollars, and sat in a half-empty theater to watch the glorious ‘Babette’s Feast.’” And thus a timeless fount of beauty found its first foundation; it’s also suggestive of the collection of stories about a life well-lived that lies on the table before us.

Another prototypical sample of the affable, loving tone of “Taste,” called “‘What Can I Get You To Drink?'”: Tucci offers up that Negroni: “This question was asked by my father immediately upon any guest’s arrival in our home. He loved—and still, at age ninety-one, does love—a good cocktail. He’s never gone in for anything fancy, but our home always had a very well-stocked bar that contained the necessary liquors for any drink a guest requested. My father himself usually just drank Scotch on the rocks in the fall and winter, gin and tonics or beer in the summer, and of course wine with every meal no matter what the season. I loved to watch him make a drink for our guests, and when I came of age, this task was passed on to me and I proudly accepted it. Today, I also ask the same question when guests cross my threshold and take great joy in mixing up whatever tipple floats their boat. I also make one for myself every evening. What form it might take differs with the seasons and my temperament. Sometimes it’s a Martini, other times a vodka tonic, on occasion a cold sake, a whiskey sour, or a simple scotch on the rocks, and so on and so on. This past year I began a relationship with a Negroni and I am happy to say it’s going very well.” (Ray Pride)