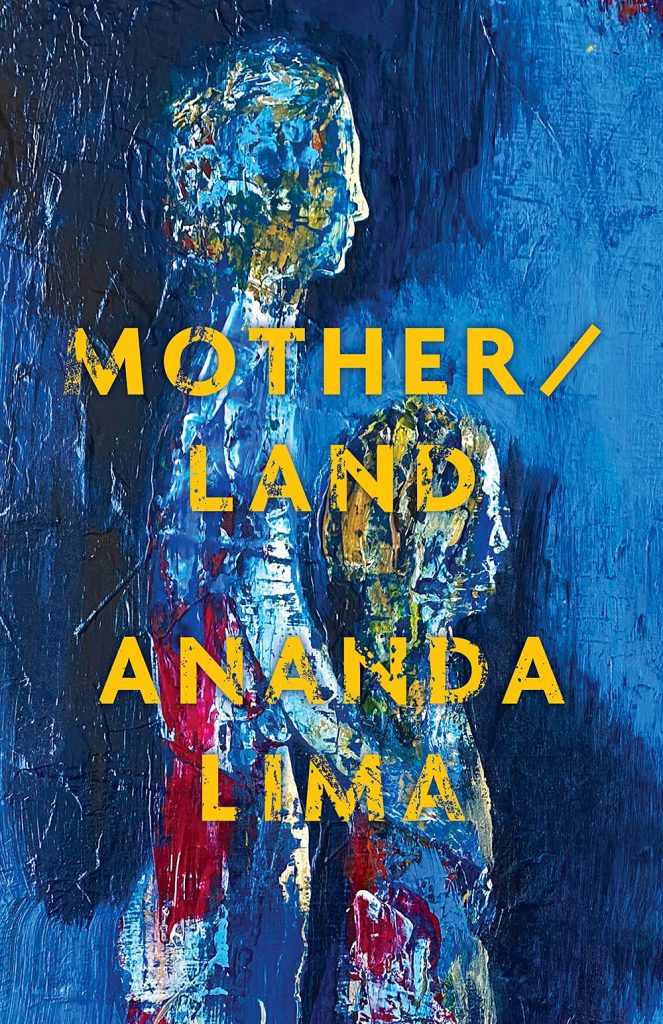 Ananda Lima’s poetry collection “Mother/Land” sings and sobs along the interminable journey of immigration. The date of arrival does not signal the date of transition; rather, it’s less a passage but a process without defined intervals. It’s a dance, a dream, a gain, a loss, a disruption, a rupture, a hope, a fear. “Mother/Land” is a Venn diagram of memory, language, and life in two places merging into life in one that never fully forms a circle. “My son doesn’t know yet /how dates work… I try to make him say them /in Portuguese like I do /with all the words /I can still remember… I /was afraid for him /speaking anything other /than the unofficial /official language /of this land /which is not my land /despite the claims /it makes in song.” Lima’s book is an endless, tangled conversation that celebrates and struggles in the tangling; it’s how the narrator survives. One foot in each world, and too often the straddle almost breaks her.

Motherhood shifts in a new land; new dangers confront and fragment the landscape. The speaker’s homeland and America merge as layer cake, repeating but never fully mixing, and both filled with unique dangers: “By the pool, two parents talk /about their older children /practicing crawling /processions in their classrooms /and laying under desks /very quiet /very still.” America’s promise is thinner than it appears from other lands; up close, we are broken in the smallest of places by the largest of issues. “[S]cribbling something /you don’t understand /say something /you don’t understand /say something /that should not /be something /for your safety,” Lima writes. What do you do when the land you’ve sought out for protection is anything but? And how do you sell this promise to your son? To yourself?

Lima pays homage to this stirring, this melding of one life with another by folding her words into each other and in on themselves. These poems offer little punctuation as there is little protecting one world from the next, little pausing in the endless turning of the narrator’s world. The author weaves English and Portuguese, language that expands and winds and wraps itself back to beginnings, to an ancestral place, to this new world. Even America’s food illuminates the unexpected yet meaningful shifts along the journey. In “PB&J” Lima writes, “As I prepared /to bite again /more /than in that citizenship /swearing ceremony /earlier that month /I felt /as an American.” In fact, she feels so American at some points that “I can’t /hear myself in accent /I can’t /tell the difference.” Where does one language, one country, one culture end and another begin? “By now we understand /you don’t really belong /to me /and I don’t really belong /but we have come to accept /that our histories have commingled.” Lima’s collection is a gem that expands the conversation on America’s legacy as a land of immigrants.

Elizabeth Strauss Friedman is the author of the poetry books The Lost Positive (forthcoming from BlazeVOX Books), The Eggshell Skull Rule (Kelsay Books, 2018) and the prose/poetry chapbook Gathered Bones are Known to Wander (Red Bird Chapbooks, 2016). Her poetry has been nominated for the Pushcart Prize and Best of the Net, and her work has appeared in Pleiades, Rust + Moth, The Rumpus, [PANK], and elsewhere. Elizabeth’s work can be found at elizabethstraussfriedman.com.