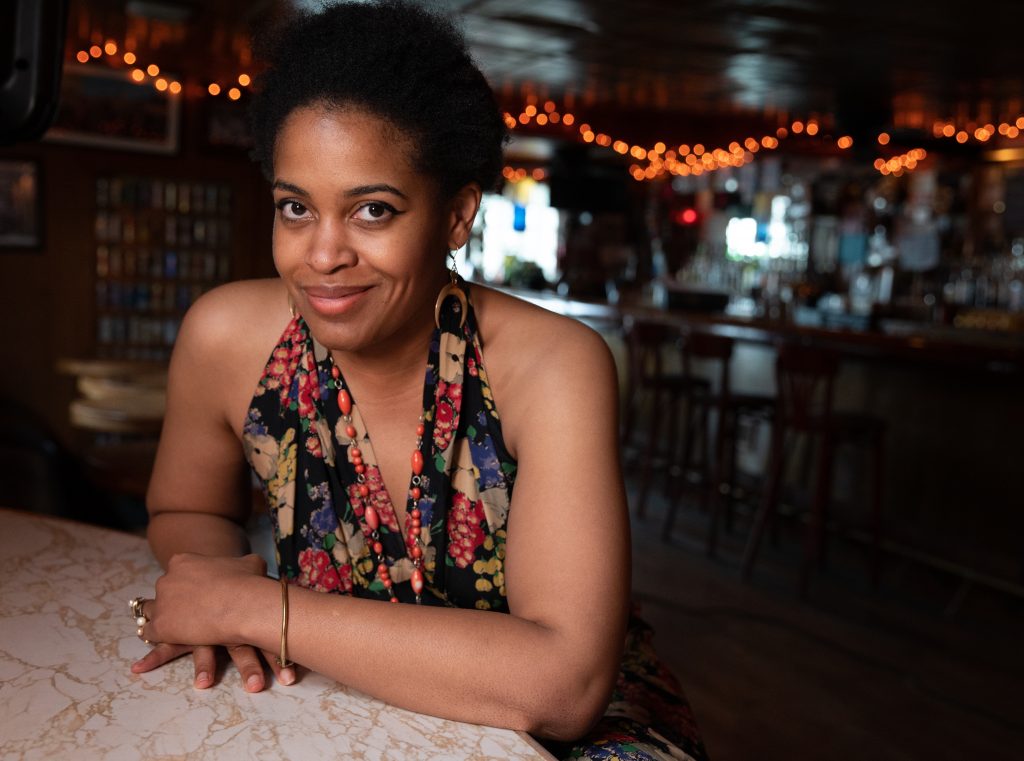 If you haven’t heard Ayana Contreras on the radio, it’s questionable whether you’ve been listening to Chicago radio at all. Contreras is the music director at Vocalo Radio, 91.1 FM, the country’s first urban alternative format station, as well as the host and producer of “Reclaimed Soul,” which airs on Vocalo aas well as WBEZ, where she covers the rich history and craft of soul and R&B with an ear toward Chicago’s deep musical legacy. Contreras, a reviewer and a columnist for DownBeat, has written a book to talk about the subject that she knows in an intimate, well-researched, and at times, poetic style.

“Energy Never Dies: Afro-Optimism and Creativity in Chicago” elaborates on the intergenerational connections between Black artists in the city as a method that has offered hope not just to people who enjoy the work, but the people who create it and seek ways to own what they made. Through interview snippets, analyzing records, magazines and songs, Contreras takes readers on a journey of how that legacy still reverberates in Chicago’s artists. 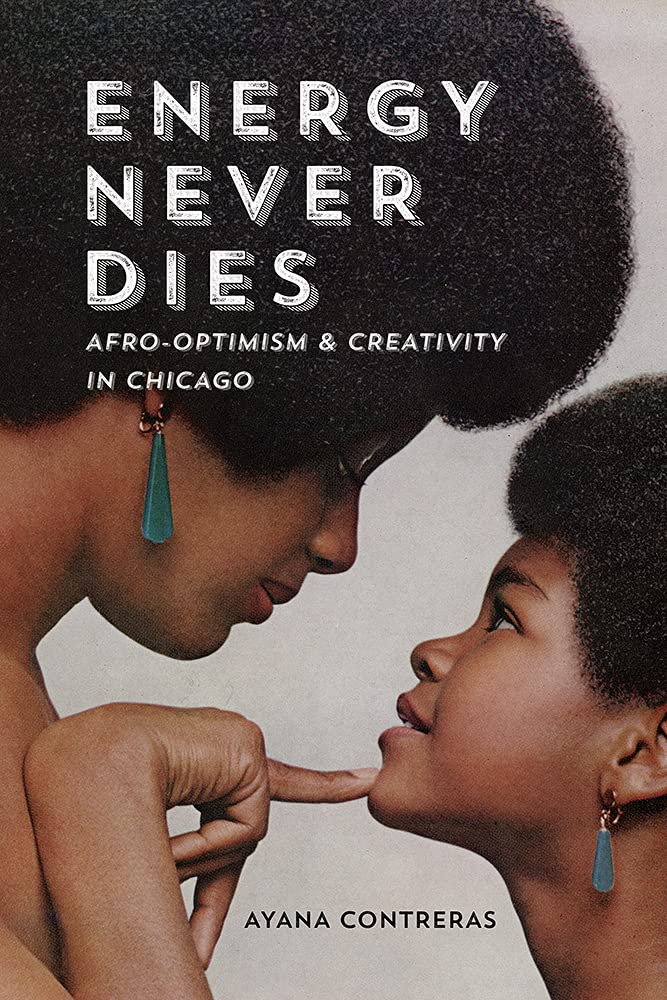 Could you talk a bit about some of your interviews, artifacts and ideas that led to “Energy Never Dies”?

“Energy Never Dies” is the product of myriad encounters with kismet. Some of my favorite discoveries revolve around what I initially believed was the story of a thing, and how that belief shifted as I learned more about it. For instance, I bought a Stax Records fan-club publication at a record store in Memphis without examining it because I love that Memphis-based soul label. It wasn’t until I got home that I discovered that it was an issue of the publication that dealt exclusively with the Southern Christian Leadership Conference’s organizing efforts here in Chicago. So, the story of the thing became a story of Stax using its platform to amplify social causes, as well as a deeply Chicago story of self-determination.

You documented the history of so many places in Chicago that influenced generations of artists, yet they no longer exist. What are some of the lessons that Black creatives have learned from their precursors here?

From my vantage point, the main learning has been around attitude… a stride… a way of being that permeates Black Chicago. Sort of an unapologetic boldness, full of larger-than-life possibilities, despite oppression. “Energy Never Dies” really delves into the stories of the improbable successes (Ebony magazine, “Soul Train,” Earth, Wind & Fire) that give us something to believe in. Self-determination is also a big part of the way in which we move (as in “okay, this is how the mainstream is operating, and we might be locked out of that, so we just might have to create a shadow operation to get this done”), and many of those improbable successes were built around creating something to fill a need.

As your book unfolds, there’s that sense of generations of artists teaching and impacting younger artists who learn the craft by creating, making and performing. How do you think that practice continues today?

There’s a long-storied tradition of teaching artists in Chicago actively raising up the next generation of creatives from Gwendolyn Brooks mentoring a young Don L. Lee, who became Baba Haki Madhubuti to Brother Mike Hawkins mentoring Noname, Saba and Chance The Rapper, among hundreds of other talented youth, but there’s also a passive impact that has occurred through media made here. I remember hearing Common’s “Invocation” on WGCI in high school or reading a Jet magazine on my grandmother’s coffee table and feeling like I was a part of that thing, and that connection was important. And very Black.

As much as this book documents stories that should be recovered and celebrated, were there stories that you left out of the book? I’d love to hear about at least one of those.

I don’t think I could have possibly included all the stories, which is a testament to the stuff we are made of. A lot of what has been interesting to readers so far has been how I tease out the interconnections of seemingly disparate segments of Black Chicago. For instance, the fact that the Staple Singers performed for the opening of a legitimate business enterprise run on the West Side by the Conservative Vice Lords. Along those lines, as a young Catholic schoolgirl my grandmother worked as a seamstress for the Nation of Islam, sewing the modest women’s garments.

Chicago is a close-knit city like that. Curtis Mayfield resounds so clearly in “Energy Never Dies.” Could you share a bit about how he was (and is) such a powerful figure and a song we deeply need by Mayfield as 2021 ends and we enter 2022?

Curtis Mayfield captured the tenor of mid-twentieth century Black Chicago arguably more prolifically than any other sole songwriter. From whisper-soft love songs (“The Makings Of You”) to odes of empowerment (“We’re A Winner,” “Move On Up”). I have an ongoing DJ set at the 95th Street Dan Ryan CTA station through the Rebuild Foundation, and every time I play “We the People Who Are Darker Than Blue,” the energy bouncing off the commuters is palpable. So epic, so powerful, some fifty-odd years later.