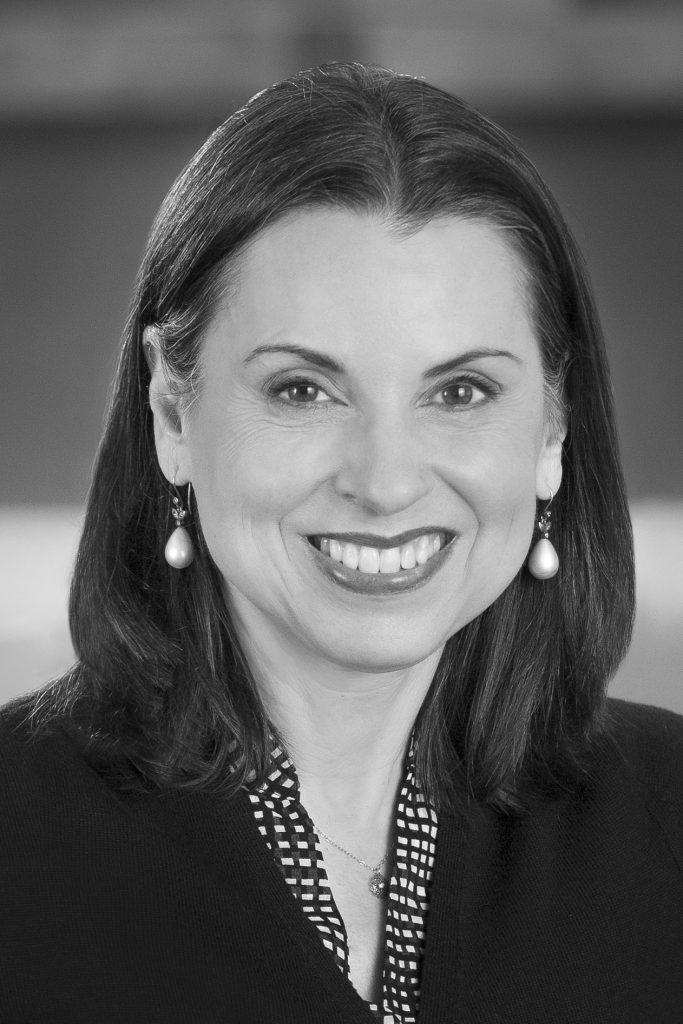 In Gioia Diliberto’s elegant new novel, “Coco at the Ritz,” we encounter the legendary Coco Chanel. Fashion designer, self-made woman, complicated feminist figure, trying amidst the turmoil of World War II to protect her assets: it isn’t hard to imagine the famously prickly Chanel insisting she wasn’t a feminist; yet, at a time when most women did not work outside of their homes, let alone head an international house of haute couture, the feminist shoe fits.

Set during World War II, mostly in Paris, Diliberto has written a novel that centers on an episode in Chanel’s life of which very little is known—at the end of World War II, she was questioned by the French Forces of the Interior (FFI) about her intimate relationship with Hans Gunther von Dincklage, a German spy, with whom she was involved throughout the war and for some time afterward.

With the keen eye of a seasoned journalist and the soul of a novelist, Diliberto vividly imagines the interrogation scene between Chanel and the FFI as well as events populating the years immediately preceding it when Chanel and von Dincklage resided in Paris’ storied Ritz Hotel.

“Coco at the Ritz” is an addictive page-turner as well as a virtuosic character study: utterly absorbing from the first scene to the last.

I corresponded with Gioia Diliberto via email about “Coco at the Ritz.” 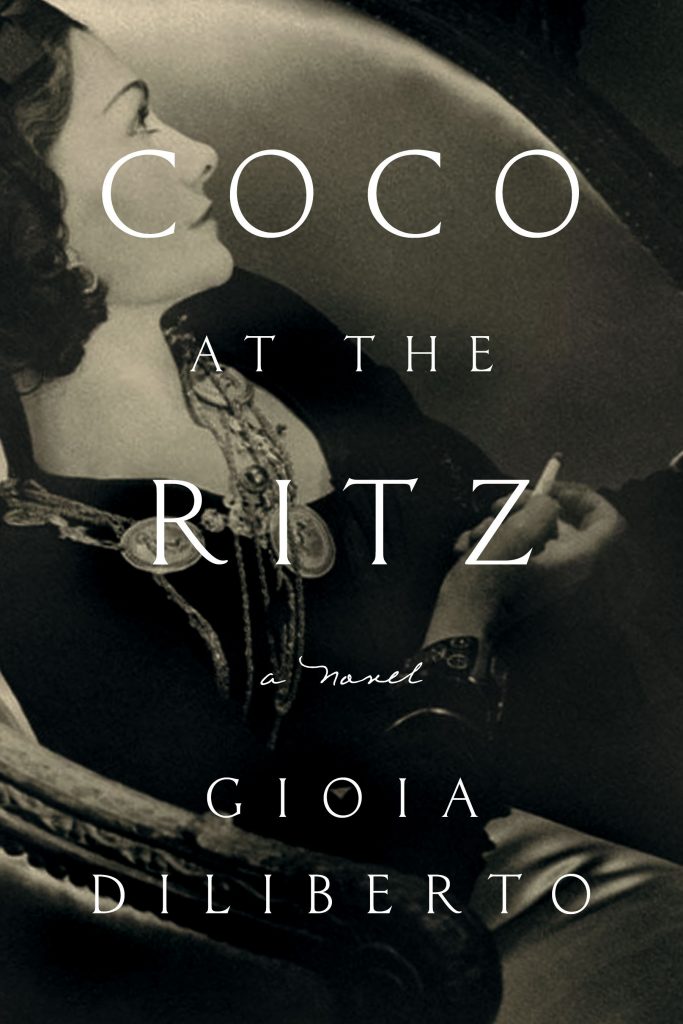 You’ve written about Coco Chanel in a previous novel, “The Collection.” What is it about her that continues to fascinate you as a subject?

I’ve always thought Chanel was one of the most interesting women of the early twentieth century. She raised herself up from a grim childhood in a convent orphanage and wedged herself into the world of wealth and celebrity in Paris, not exactly a society conducive to upward mobility. And she did it at a time when women had virtually no status and few opportunities to advance themselves other than through marriage. I was interested, too, in her aesthetic, how she revolutionized fashion by getting women out of corsets and creating a style of simple, pared-down elegance that still defines how women want to dress. I saw a lot of interesting connections between what Chanel was doing in the ephemeral art of fashion, and the bold innovations in the modernist works of painters like Picasso and writers like Hemingway. Chanel was one of those people who, in her personality and accomplishments, seemed to symbolize the spirit of her era.

When I researched Chanel’s life for “The Collection,” which was set in 1919 after the first World War, I learned about her arrest and interrogation at the end of World War II on charges of treason to France, stemming from her relationship with Hans Gunther “Spatz” von Dincklage, a German spy. I thought this was the most fascinating moment of her fascinating life, and yet almost nothing was known about it. None of the myriad books about Chanel—including my own—dealt with it. In fact, her biographers barely even mention it. I became obsessed with the story. Because of the scant record, the only way to explore it was imaginatively.

Through hard work and business savvy, Chanel managed to build a prestigious fashion empire, with some help along the way from influential figures, some of whom, famously, were her lovers. Knowing all you do about her personal and professional choices, do you think above all she was being pragmatic when choosing a German spy as her lover during the Occupation? I.e., her calculation was, “If you can’t beat ‘em, join ‘em”?

Chanel was lonely and Spatz was the available man. He was thirteen years younger than she, handsome and cultured, and he spoke impeccable French. He’d lived in Paris for years, and she’d first met him before the war when he was an embassy attaché. Still, he was an enemy of France and a member of the Nazi Party, and another woman, one who wasn’t so opportunistic, would never have gotten involved with him. No doubt living with Spatz made Chanel’s life a lot easier in occupied Paris. But I think it was more weakness than wickedness that led her into his arms. She did things that were much worse than sleeping with Spatz.

In one of her most dishonorable moments, she tried to use the Nazi race laws to wrest full control of her company from her Jewish partners. (At the time, they were safely relocated to New York, so their lives weren’t in danger.) They outsmarted her by having their shares in the company transferred temporarily to an Aryan businessman, who returned the shares to them after the war.

You initially wrote “Coco at the Ritz” as a stage play. What prompted you to write this in novel form?

In the play, all the action happened on stage, and I observed Chanel from a distance. There were no interior monologues. I wanted to explore Chanel’s thoughts, emotions and motivations, to get inside her head. So, I decided to write the story as a novel. Also, I felt on firmer ground with prose than with drama.

I found the form of a play extremely difficult. In fact, it’s probably the most challenging literary form I’ve ever attempted. As a prose writer, I had a great deal of trouble avoiding all exposition and telling the story through only dialogue.

A play is an extremely delicate thing. It’s easy to misstep, and if you do, you risk losing the audience. In a narrative, you can riff and digress a bit, and readers will stay with you if you’ve engaged them at the start. In a play, you have to escalate the stakes with every dialogue exchange and build to a revelatory climax, another thing I found hard to pull off.

I have to ask about the research you did in preparation for this novel—what did it consist of? And how many drafts did you write before you sent “Coco at the Ritz” to your agent? Do you have a few readers of early drafts or one trusted reader?

I researched Chanel and the period obsessively. I read every Chanel biography and dozens of books about the Occupation. I had trouble finding a structure that worked and wrote many, many drafts. At one point, my agent asked for revisions, but before I had a chance to complete them, I took a job ghostwriting “The Watergate Girl,” Jill Wine-Banks’ memoir of her time as a Watergate prosecutor. I wrote Wine-Banks’ book proposal and then the book itself on a draconian deadline—it had to be completed quickly to capitalize on the parallels between Trump and Nixon that were resonating so deeply around the 2020 election. It was an intense project that also involved research and interviewing, and I couldn’t get back to “Coco at the Ritz” until it was done.

My husband is my first reader. I also have several writer friends (yourself at the top of the list!) whose judgment is impeccable and whom I trust to tell me the truth.

It seems fair to say the most significant scene in the novel occurs after the liberation of Paris, when Coco is questioned by the FFI, which investigated people alleged to have collaborated with the Nazis. You imagined this scene wholesale (and wholly convincingly). I know this is the work of a fiction writer, but I’m curious about how the scene came together in your mind and on the page.

I had a lot of latitude here because nothing is known about Chanel’s interrogation. There are no records—as there would have been in a real court case—and Chanel never talked about it. It’s unknown who exactly arrested her, where she was taken, what transpired during her interrogation, or why she was released two hours later. I imagined the scene as a battle of wits between the famously acerbic Chanel and two hostile interrogators, which gave me a great set-up for dramatic tension.

My first rule in writing historical fiction is not to contradict the known truth. I knew there were some things the FFI probably would not have known about Chanel—for example, her two trips to Berlin on a Nazi pass, which were conducted under the deepest secrecy. But they might have known about one of Chanel’s trips to Madrid, when she met with several British diplomats in the city. It seemed plausible that word would have gotten around about, say, her meeting with the British ambassador.

In his 2011 book, “Sleeping With the Enemy,” journalist Hal Vaughan charged that Spatz von Dincklage had recruited Chanel to join him in spying for Germany. Do you think there’s a bona fide factual basis to this claim?

Vaughan had discovered declassified documents describing some very shady schemes involving Chanel, including a harebrained mission she cooked up with Spatz to negotiate a separate peace. The plan involved Chanel going to Madrid to talk to Winston Churchill, with whom she was friendly, when the prime minister was on his way back from a conference in Tehran. But Churchill never did stop in Madrid, and the scheme collapsed.

Vaughan claimed that Chanel agreed to spy for the Germans in exchange for them releasing her beloved nephew André Palasse, her dead sister Julie’s son, from a Nazi POW camp. Palasse was indeed released, but it’s unknown if Chanel’s activities had anything to do with it.

The details and significance of the documents Vaughan discovered remain murky. Chanel was the consummate opportunist. She wanted to stay on the Germans’ good side, in case they won the war, but I don’t think she believed in their cause.

Who are some of your biggest literary influences? Do you often seek out fiction based on historical figures?

I read widely and voraciously and have since I was a girl. Back then, I devoured books by Jane Austen, Charles Dickens, George Eliot, and whatever I found on my parents’ bookshelves: “Lady Chatterley’s Lover,” “To Kill a Mockingbird,” “Goodbye, Columbus,” “The Good Earth,” “Ship of Fools.”

As an adult, I don’t often seek out fiction based on historical figures, though I’ve certainly read and admired many. I’m just now finishing John Banville’s “The Untouchable,” based on the life of Anthony Blunt, a member of the World War II Cambridge spy ring.

A few books stand out as influences since I return to them again and again and feel inspired upon each reading: “The Complete Stories of Anton Chekhov,” “Madame Bovary,” “Anna Karenina,” and, of course, “The Great Gatsby.”

You’ve written several novels as well as several book-length works of nonfiction (aside from, most recently, “The Watergate Girl”). Do you find one genre more satisfying than the other? Is one more demanding?

It would be difficult for me to say which is more satisfying or demanding. I find them both absorbing and extremely hard! When I’m writing a book, I live in it. I love inhabiting the world I’m writing, no matter the genre. I will say, though, that writing fiction and nonfiction is a kind of intellectual and creative cross-training. It’s strength-building. From fiction you develop your storytelling skills, including pacing, scene writing and dialogue. With nonfiction you exercise your skills in conducting research, in culling the kinds of telling details from documents that bring a story to life on the page, which is very useful in writing historical fiction.

Christine Sneed is the author of two novels and two story collections, most recently, The Virginity of Famous Men (stories). She’s the editor of the forthcoming short fiction anthology Love in the Time of Time’s Up, which will be published in fall 2022. Her work has been included in publications such as The Best American Short Stories, O. Henry Prize Stories, New Stories from the Midwest, New England Review, The Southern Review, Ploughshares, Glimmer Train, and the New York Times. She lives in Pasadena, CA and teaches for the MFA programs at Northwestern University and Regis University.