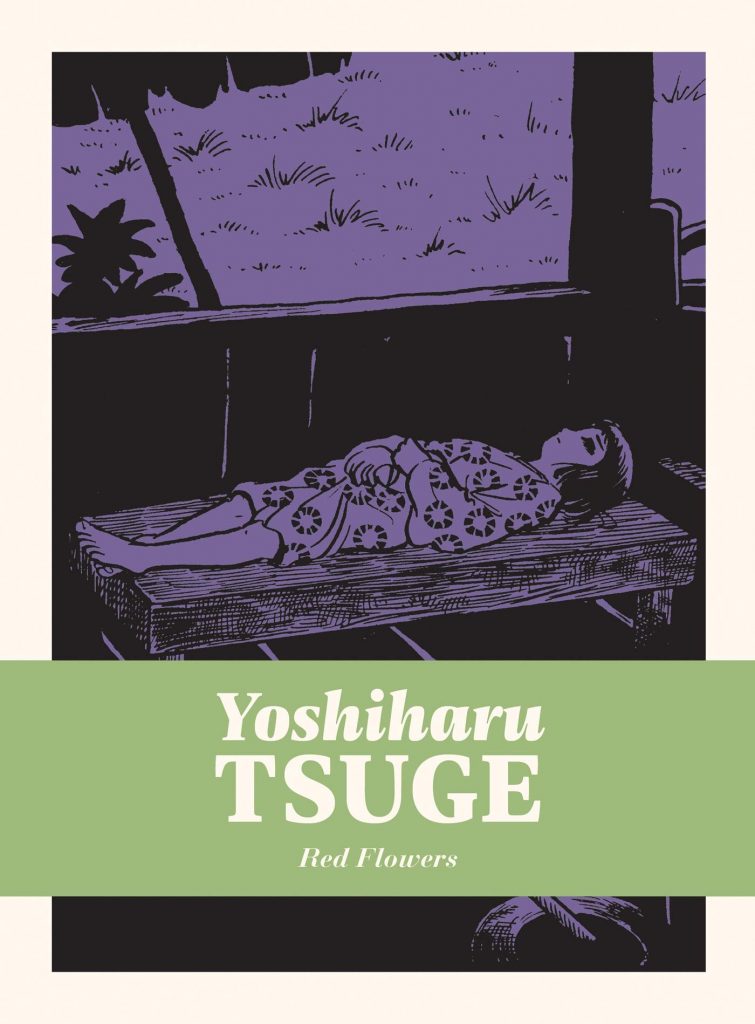 The second of a seven-volume collection of the works of influential Japanese cartoonist Yoshiharu Tsuge, “Red Flowers” depicts an artist in transition. Collecting his works published between 1967 and early 1968, or when he began publishing in the monthly comics magazine Garo, this volume catches Tsuge’s work developing a character. As outlined by Mitshiro Asakawa and Ryan Holmberg in a companion essay, the restless Tsuge was spending the time he wasn’t using to draw traveling to remote parts of rural Japan. These travels are fictionalized in these collected stories and document his search for a past vanishing in the face of a rapidly modernizing Japan. As result, we have a volume filled to the brim with dilapidated hatch-roof inns run by hard edge, elderly locals who, despite their sorry state and frequent grumblings, have a beauty and nobility that Tsuge’s frequent narrative stand-ins can’t resist actively seeking.

The resulting work born of these travels feels at once utterly alien from modern manga, while also decades ahead of contemporary American comics. Tsuge’s comics aren’t just effective short stories, they’re literary ones. Early shorts in the collection, before he hit his travelogue phase, are explicitly based in classical and modern literary tales of Japan. But even as Tsuge turned to travelogue, the flourishes used to dramatize remain lent from Japanese literature. In the title story an artist visits a mountainside and encounters a refreshment stand run by an adolescent young woman filling the job of her delinquent, drunkard father. This is a character that the companion essay cites as having been modeled from a Dazai short. But while she is lifted from elsewhere, the climax of the story, which involves her falling over with cramps as a stream of red flowers float down a river, is a coming-of-age metaphor of Tsuge’s own invention. This mix of literary allusion, author invention and subject matter combines to make Tsuge’s work feel ahead of its time.

Befitting of Tsuge’s literary material, Drawn & Quarterly’s high-quality printing of the material is worthy of praise. The companion essay that ends the work is also a highlight for the historical context and framing it provides. The only half-complaint I have is placement of the story “the Antlion Pit” at the end, which is both a break in the largely chronological presentation and thematic content, as result of being a redraw of a moody, obviously fictional pre-Garo work. But even this choice is made with intent, as the placement of this earlier work at the end is meant to set the stage for the next shift to happen in Tsuge’s career: his famous surrealist period. I highly recommend this volume and I eagerly await the next. (Brendan Tynan Buck)