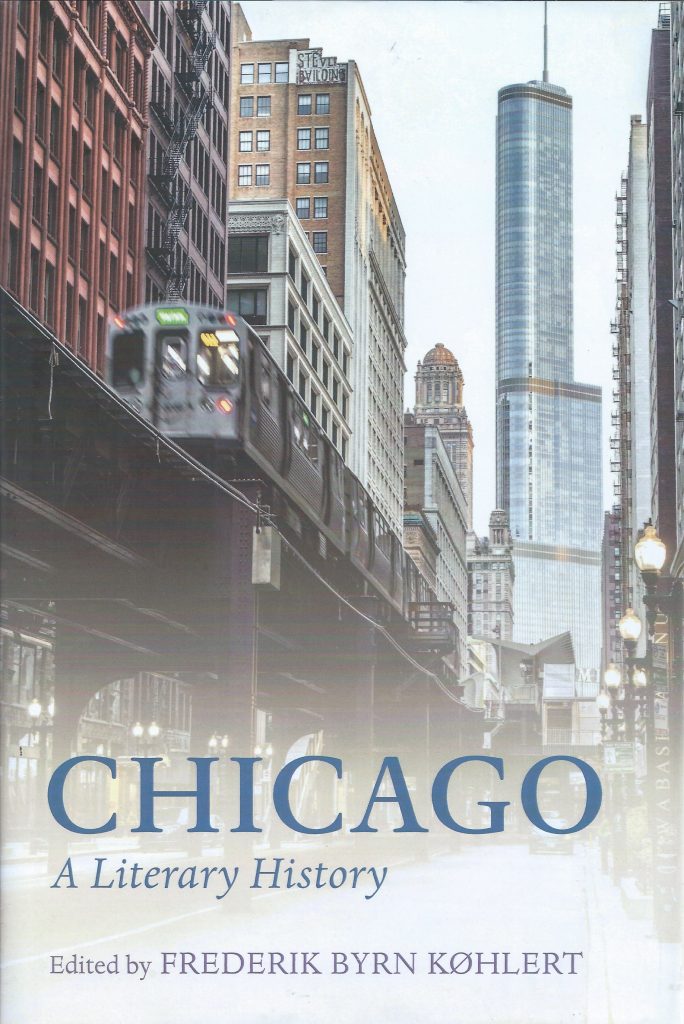 An impressive, hefty volume with an eye-popping price tag, this reinvigorating take on the city’s literary past and present seeks to redress some oversights, expand areas of scholarly study on the subject and codify into something of an archive of scholarship the work of dozens of thinkers. Comprehensive save for the newest in emerging literary art forms (such as, say, visual poetry), this volume attempts to situate and cement the historical verse in a contemporary frame, writ large. And throws in some singular takes along the way.

As Bill Savage, professor at Northwestern University who wrote the book’s afterword, puts it, “this is a great book because it brings new, contemporary and diverse scholarly voices into the ongoing conversation about Chicago literary history. New texts being studied, new points of view brought to bear, new ideas generated. A new groove, perhaps, out of the old rut. Always a good thing.” We sat down to discuss his literary take to see if Chicago remains a city on the make. 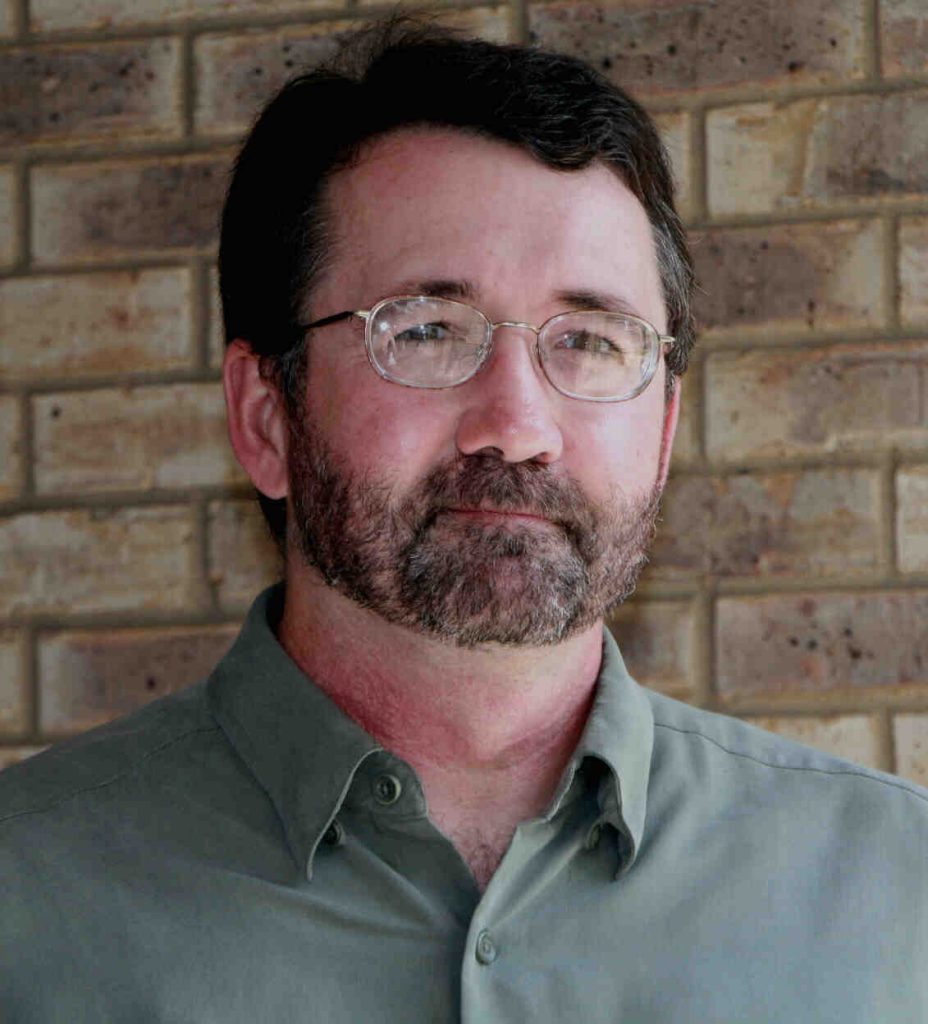 Let’s start with how you got involved in the project.

The editor, Frederik Byrn Køhlert, emailed me out of the blue and said that this was happening, and offered me the opportunity to write the one essay you can’t be wrong at, which is, “what is the future of Chicago writing?” I’m making predictions, you can argue with me, but whatever. He was also looking for people to do certain essays and I helped him connect to a few people. Talking about Studs, the essay that Tony Macaluso—he didn’t have anybody for Studs [Terkel], and I mean you have to do Studs. But Køhlert is—one thing Newcity readers may not know—is that the Chicago literary tradition is really central to how European American studies programs look at the United States.

Yeah, I mean, the first international conference on Nelson Algren was at the University of Leeds in England.

Fascinating. Why is that the case?

Because they didn’t buy into the twentieth-century de-politicizing of American literature that so many American scholars bought into. So scholars in Europe, Asia and the U.K. and around the world read the Chicago literary tradition in a way that a lot of Americans don’t. One of the real strengths of this book is the huge variety of scholars, where they come from, their particular fields; there are some sort of concentrations: there are people from Lake Forest College, people from the University of Chicago area, but also Tel Aviv, Belgium, the U.K. and all over. Køhlert has published a book on Chicago, so he knows the standard-issue scholarship, and ended up reaching out to scholars to write new things about [James T.] Farrell and all the great Chicago writers, including Algren and others.

There are some things that serve as correctives, such as how graphic novels for so long haven’t been regarded as literature, and in this volume, Chris Ware gets a real treatment.

There’s also a real focus in the volume on the Black Chicago Renaissance, until recently overshadowed by the Harlem Renaissance, and the contribution of Black literature which hasn’t been addressed as thoroughly as white literature in the history of scholarship on it.

Well, yes and no. I can’t think of anyone who’s written seriously about Chicago literature since the sixties who hasn’t talked about [Richard] Wright or [Lorraine] Hansberry and [Gwendolyn] Brooks. Anybody doing contemporary work is going to talk about Nate Marshall and Eve Ewing. So, I don’t totally buy the idea that the inclusion of critical work on Black authors is somehow revolutionary to this text, but it’s definitely maintaining the momentum of seeing Chicago literary history as a multiracial project. You can’t talk about Chicago without talking about Bronzeville, and you can’t talk about Chicago literature without talking about Gwendolyn Brooks.

And there’s also this focus on the way the city is talked about as this kind of crossroads, the place where people from the country come to the city to experience the modernist world it offers, this backdrop of these evolving states of individual experience through the lens of the larger society that you can glimpse here.

Well, one aspect of Chicago literature, and again I might be doing my own knee-jerk Chicago history thing, but you know, it’s the history of [Theodore Dreiser’s] “Sister Carrie” coming to Chicago. And she’s not an immigrant, she’s a migrant from—I forgot which area in Chicago that Dreiser made up—but yes, as a city that grew so quickly because of its immigration from other parts of the U.S. and other parts of the world. Again, you can’t talk about Chicago literature without talking about “The Jungle,” and that’s a story of immigration and politics and capitalism. So, I think the one thing this book is good at, is trying to avoid the rut. Chicago as a city of big shoulders—or is it broad shoulders? It’s a mistake I hate to make; Chicago, big shoulders, immigrants…

Right, all these stereotypes.

Yeah, and blah-blah-blah. Right? When Carl Sandburg wrote that poem, it was a new thing to say, and then what became the groove became a rut. Autopilot. You’re talking about Chicago, this is the way you talk about it. And when you talk about Chicago literature, this is who you talk about. So, this book expands the focus, like you’ve already said, to include Chris Ware and contemporary graphic novelists, and that could be a whole volume in and of itself, and including contemporary writers like Sasha Hemon and Dmitry Samarov and others that these scholars have written about in their essays. But those are the two guys I know but, you know, if you want to get beyond the cliché, you in some ways have to dig into the past, which includes those clichés, and then have something new to say. I think Carlo Rotella’s essay really does that, talking about neighborhoods in Chicago, beyond the cliché of “Ah, the old neighborhood before it really changed,” or other simplifications of the process of white flight and gentrification and so on. So, my only gripe about the book is how expensive it is.

I was going to ask! You know we’re talking about history, social inequality and these types of ideas and this volume’s a hundred bucks. Not exactly lunch money for a whole lot of people.

Yes, I don’t mind going on record about that. I think this volume also demonstrates an inherent tension in academia and among scholars, who will sometimes broadly but disparagingly refer to their broader audience as “general readership.” You know, there’s that old saw about scholarship being about writing for the other three people who give a shit. But it’s also about the economics of university publishing, where they want to sell to university libraries. But who knows, maybe the paperback or the e-reader type versions will be more affordable.

In any case, at least it’s out there. There’s a lot here worth the archive.