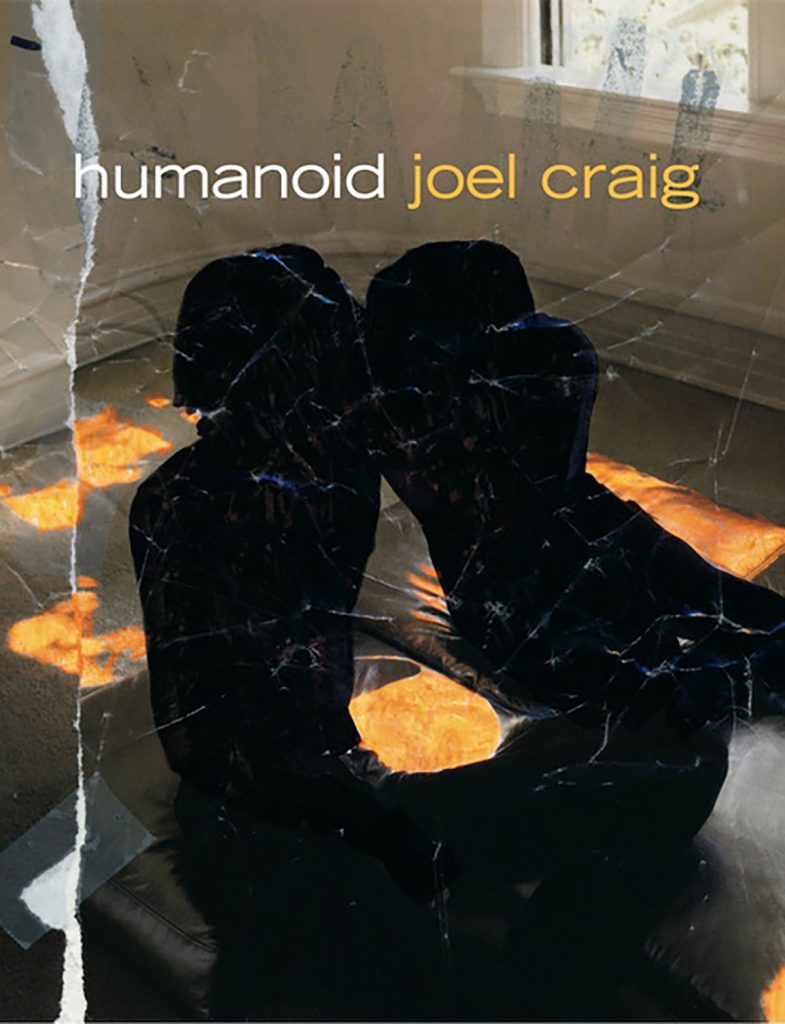 “Humanoid” is the latest from Joel Craig, who is also known as the host of the esteemed, now-defunct Danny’s Reading Series and for his 2012 collection, “The White House.” Poetry editor for long-running, Chicago-based MAKE magazine, his collection was written and assembled over several years of development through test-flights at lit festival poetry performances. Publisher Green Lantern Press, former operator of experimental exhibition and event space Sector 2337, also spurred Craig’s effort to expand the work into a full-blown collection.

Continuing at various spaces both in Chicago—including Ekphest at the Art Institute and at venues such as the Hideout, Uncharted Books and house readings, the process took Craig across the country and beyond, to events including the Yale Union in Portland, Oregon, Big Big Mess in Akron, Ohio, and the 2019 Lit & Luz Fest at the Museo Tamayo in Mexico City.

Throughout its chapter-style sections, the collection takes an ostensibly uniform approach, breaking the language up into a flow of fragments presented staccato across the page, as if tracing the breath between the assembly of thoughts as articulated in the mind, and keenly aware of that interiorized perspective. He frequently references this realization and speaks directly to the reader about it as he does in the opening section of his chapter “cassidy” when he states, “but first I want to thank you / in advance / for being / so patient / for giving me / the temporal length / of event existence / period / to help calm / the squall / within.”

It’s in that effort to wrench lived experience into words, then back into lived experience that are the die-cut processes of Craig’s intelligence wrestling with how to articulate where the breaks are, as in the section titled “my critical apparatus is very emotional,” where he states “we don’t know / when / exactly / this interpretation / of historical time / will terminate,” and become the poem. Indeed, in a swirl of musings that reference Jung, love, Mozart, whether aliens have feelings, Flint, Michigan and how he “finally / joined / Facebook / it’s fucking / freaking / me / out,” and on and on is a reverie in the quotidian, about what kind of person he is becoming as he lives day-to-day.

Craig’s effort to trace this outline of the poet looking in on himself seems to come to a conclusion in his statement in the section titled “half free,” where he states his goal is to get “as close as I can / to understanding / not just / the human mind / but the mind / of God.” That’s a social experience, to what degree the lived experience can be severed and transferred in its coded language to the page, where the collection becomes if not a portrait of the shared mind of the poet and his readers, then something still living, if as seen from the outside through the lens of time passing into memory’s quieting distance. Isn’t it always so?

An important evolution in Craig’s body of work, the transformations of the everyday encoded here are like the mellifluous voice of a friend, an inner companion, living the same moments in these gathered fragments and silences, in all their flawed potencies. Highly recommended.