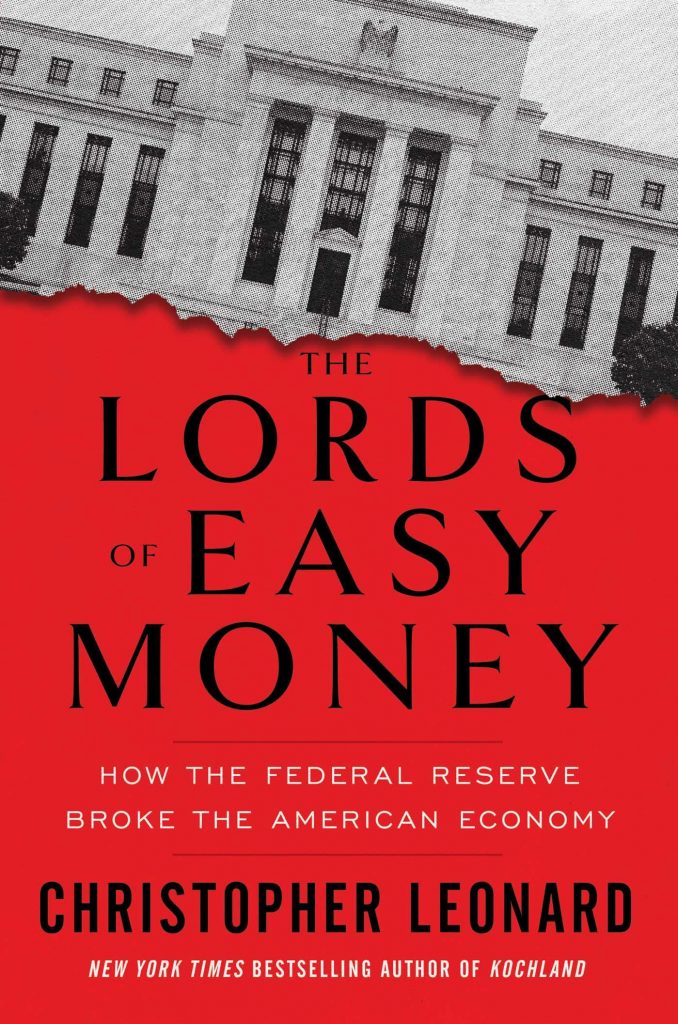 I walked home from my job at Goldman Sachs in a daze on October 19, 1987. I’d made thousands of dollars, more money than I ever had before, or would again, in a single day. But I was in my early twenties with a young family and I did not know if the world as I knew it would even exist the next day. For the stock market had unexpectedly crashed, in a one-day drop worse than even the crash of 1929 that had presaged the Great Depression.

Thanks to the rapid and massive intervention of the Federal Reserve under the leadership of Alan Greenspan, the United States did not suffer a widespread economic disruption anything like the 1930s. Before long, in fact, things were back to normal, and less than three years later, the Dow Jones Industrial Average hit a record high.

The lessons learned from that event would be redeployed in increasingly super-sized fashion each time the nation faced subsequent crises: the 9/11 terrorist attacks, the Great Recession of 2008 and, most recently, the pandemic. In each case, the Fed pumped more money into the economy, eventually inventing new tools with arcane acronyms, such as QE (quantitative easing) and SPVs (special-purpose vehicles). And in each case, the economic disruption never neared the chaos of the 1930s. But, as Christopher Leonard effectively argues in “The Lords of Easy Money,” this is not without real social implications or real long-term risks.

Historically, the Fed has had two mandates, to maximize employment and minimize inflation, and one principal tool to do so, which is the supply of money. It uses this tool, monetary policy, to manage interest rates, which are basically the price of money. (If supply, in the case of money, exceeds demand, rates go down.) If the economy overheats and the demand for goods and services gets out of equilibrium, prices rise and we get inflation, which the Fed tamps down with interest-rate increases, most famously in the early eighties, when inflation peaked at fourteen percent and the Fed pushed interest rates near twenty percent. Sure, unemployment soared and the economy was pushed into a recession, but inflation was tamed. Until now.

Leonard structures his narrative around the increasingly out-of-favor views of Thomas Hoenig, a former president of the Kansas City Fed who, when he served on the all-powerful Federal Open Market Committee (FOMC), developed a reputation for being the lone vote against then-chairman Ben Bernanke when it came to deploying QE in times of growing economic stability. Hoenig’s main point is that by keeping the system flush with cash and interest rates near zero in good times, the Fed’s ability to return to normal is impeded by the market’s negative reaction to such actions, making the agency’s toolbox less effective in bad times. (Recent history would suggest that the way the Fed handles each new problem is simply with a bigger tool; i.e. more money spread out more widely. The jury is out on whether this will come home to roost or not.) Leonard’s book ends in the early part of 2021, when the increasing signs of inflation were viewed as transitory symptoms of the supply-chain disruptions brought on by the pandemic, a problem that would self-correct. But since that time, the Fed has announced plans to combat inflation in 2022 with all of its tools, so we’ll get to see who’s right this year, with high stakes for everyone.

More disconcerting than the debatable predictions of impending doom are Leonard’s explanations of the winners and losers in all of this. He makes the compelling argument that the increasing concentration of wealth in America is a direct result of these Fed policies, since the Fed’s actions are, by their nature, confined to the financial markets. He explains how hedge funds and private-equity funds—like the Carlyle Group where current Fed chair Jay Powell earned his fortune—and others prosper from the flush liquidity and zero interest rates favored by the Fed this last decade. And he shows how this all directly damages the working middle class, using the story of John Feltner, who’d seemingly done everything we ask of American workers, and still found himself working for less and less money as private equity companies disrupted the operations of companies like the one he worked for.

You can’t blame the Fed entirely. Its tools and purview is limited and its operation is, by design, undemocratic. It’s the federal government, and its fiscal policy, whether it’s Trump’s tax cuts that exponentially increased wealth inequality, or the CARES act and subsequent pandemic relief bills that at least in part tilted the balance the other way, that can and should be the counterweight. Rather than the Fed discreetly pumping trillions of government dollars into the economic coffers of the wealthiest Americans, Congress could instead pump trillions of dollars toward the working class by passing, for example, the infracture and stimulus plans put forth by the Biden administration. But democracy is no match for the filibuster and so we’re faced with relying on the Fed to steer the economy, for better and for worse.

This is all complicated stuff, by design, but it affects America and the world in profound ways. Leonard traces the rise of the Tea Party and Trump to the ramifications of an economy controlled by monetary policy. Leonard covers a lot of ground, and I often found myself quibbling with his conclusions. But his real accomplishment is making it mostly digestible and understandable, using old-fashioned storytelling about heroic figures like Hoenig and Feltner to keep the pages turning.

“The Lords of Easy Money: How the Federal Reserve Broke the American Economy”
By Christopher Leonard
Simon & Schuster, 384 pages