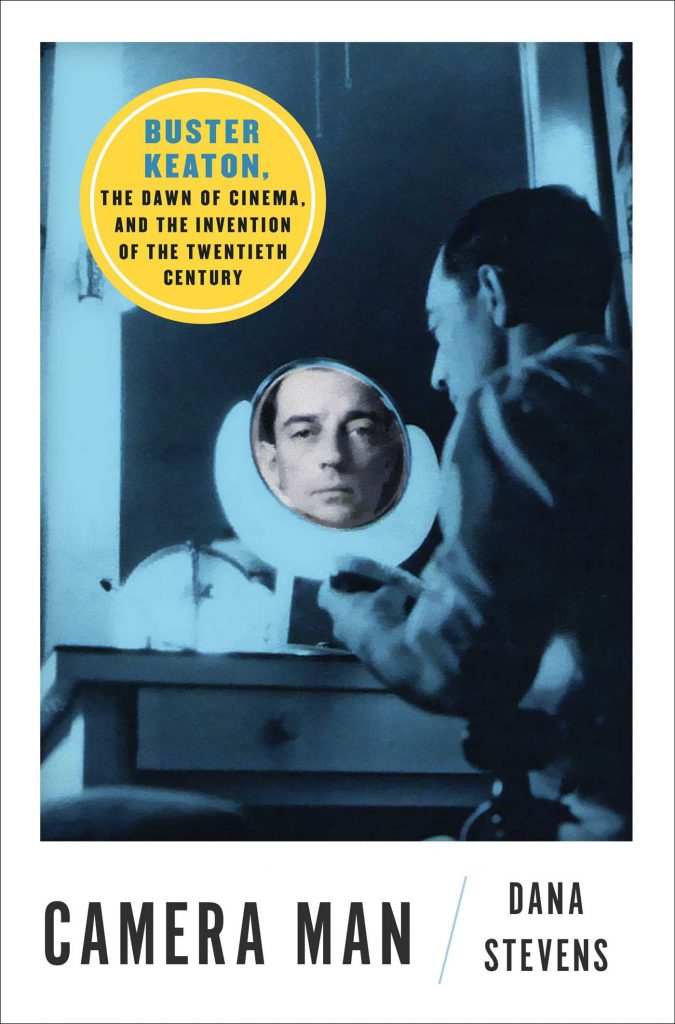 One of our most consistently pleasurable prose stylists writing about movies, Dana Stevens has been film critic of Slate since 2006. For the felicities of her first book, start with the two words: “Camera Man.” There’s one of the great, primary, lasting aspects of the legacy of Buster Keaton in two words shivered out of one. He wasn’t Dziga Vertov’s “Man With a Movie Camera”; instead, his ballet of frame and choreography marks him as man, as camera, two as one, as one of the greatest, most poetic filmmakers, sensing precisely how to capture the real and the illusion with elemental grace. Who else had such a sustained decade or two of invention with a raft of shorts and features including “The General,” “Sherlock Jr.,” “Steamboat Bill, Jr.,” and yes, “The Cameraman”?

“I first fell for Buster Keaton twenty-five years ago, when he had just turned one hundred,” Stevens writes of her years-long journey to etch the memory of a man whose films have survived setbacks as substantial as those he faced himself as his career tumbled after the silent era into personal troubles not limited to money and alcohol.

“My first sustained encounter with… the rubbed-bodied, poker-faced cipher in a flat straw hat who Keaton plays in nearly all of his independently produced silents… marked a decisive rupture in my inner life. Who was this solemn, beautiful, perpetually airborne man? From what alternate universe, seemingly possessed of its own post-Newtonian physics, had he been flung? How did he pull off such boggling feats of acrobatic prowess and comic invention, and what became of him after he sailed out of the frame?” “Flung,” with its neat allusion to Keaton’s beginning in vaudeville as a slapstick player, but a babe catapulted by one parent to another, obscuring the hard evidence of scrapes, barks and bruises, is only part of the beauty of that paragraph. (Even the four pages of acknowledgments that cap Stevens’ book cite her sources with clarity and adoration.)

Stevens projects Keaton’s seventy years across the edifice of the century past, drawing him as a Modernist with most of Modernism as his kith and kin. It’s an acrobatic feat all its own, as is her knack for free-association about themes and innovations that cross the breadth of his creative life and times. Many fine film books with intricate, innovative methods of structuring history rose to the surface of 2021, including Glenn Kenny’s “Made Men: The Story of Goodfellas”; Quentin Tarantino’s “Once Upon A Time In Hollywood”; “Solid Ivory” by James Ivory; Stanley Tucci’s “Taste: My Life Through Food” and Mark Harris’ “Mike Nichols: A Life.” “Camera Man” is in a school with those books, and in many ways, richer still, and one hopes there are as many 2022 books as crisp, witty and clear-headed on the magic (and the disasters) that film can bestow on the world, and the figures whose fancies are lavished in light.

“Camera Man: Buster Keaton, the Dawn of Cinema and the Invention of the Twentieth Century”
By Dana Stevens
Atria Books/Simon & Schuster, 417 pages, $29.99