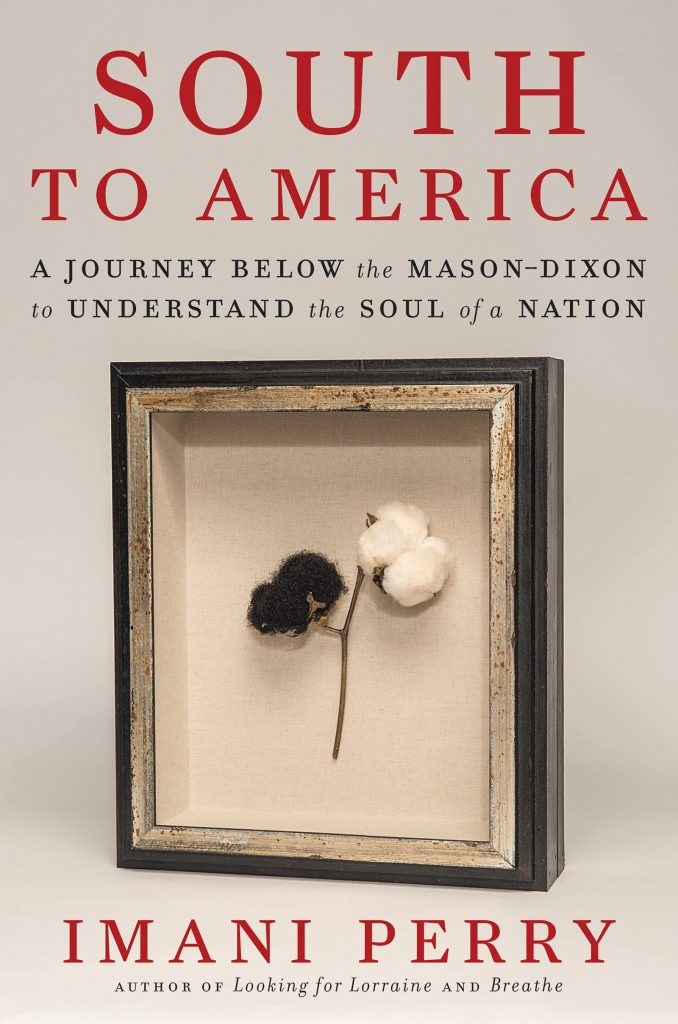 When the histories of the South are rendered and shared, there’s usually a turn as if the South were the only axis of racism in America. In Imani Perry’s “South to America,” Perry offers much more with a nuanced examination when she visits multiple cities throughout the southern states of America. As a self-proclaimed daughter of Alabama roots, she traces her personal experiences with sixteen different places in the South as well as Havana. At that point, Perry returns to America just before the pandemic in 2020 and the violent deaths of George Floyd and Breonna Taylor, who have their own ties to the South and the author.

The beauty of “South to America” resides in how Perry creates a seamless narrative in each chapter that concludes with an insight about how the histories of each place resonate in the present as matters of social practices and public policy. Even as she celebrates aspects of the culture that she loves, the loves are also fraught with troubling histories and valuable legacies too. For example, she describes the mixed philosophies on race of Samuel Stanhope Smith, whose name appears on Stanhope Hall, one of the oldest buildings on Princeton University’s campus as well as the home of the Department of African American Studies. As a contrast, Perry and several other Black professors in that very department found that members of their families had connections to Pearl High School, an Alabama high school that taught and mentored Black students before integration. Although the author’s grandmother went to this high school, it is these seemingly uncanny connections that point to how close the past is, whether it be venerated, horrific, or at least more complicated. In addition to Samuel Stanhope Smith, many other recognizable and little-known historic figures appear, like poets Sterling Brown and Robert Hayden, W.E.B. Du Bois, Elvis Presley, Little Richard, Gabriel García Marquez and even Tobe Nwigwe.

Perry is poetic and colloquial with quotable lines throughout this history that dips into travel writing and memoir, and she renders this history as solid storytelling based in careful consideration of the facts while visiting real places, landmarks, documents and artifacts in the time before the pandemic stifled travel. She supports her narrative with emblematic proof that takes readers into racism, popular culture, cuisine, music, tourism, gentrification, education and many other topics that clearly point to how the South is not tied to one over-simplified perspective on race. Instead, Perry’s book makes the salient point that the South is a linchpin for how America arrives at many ideas and practices that shape the country as it’s known now and how it may continue.

“South to America: A Journey Below the Mason-Dixon To Understand the Soul of a Nation”
By Imani Perry
Ecco, 432 Pages