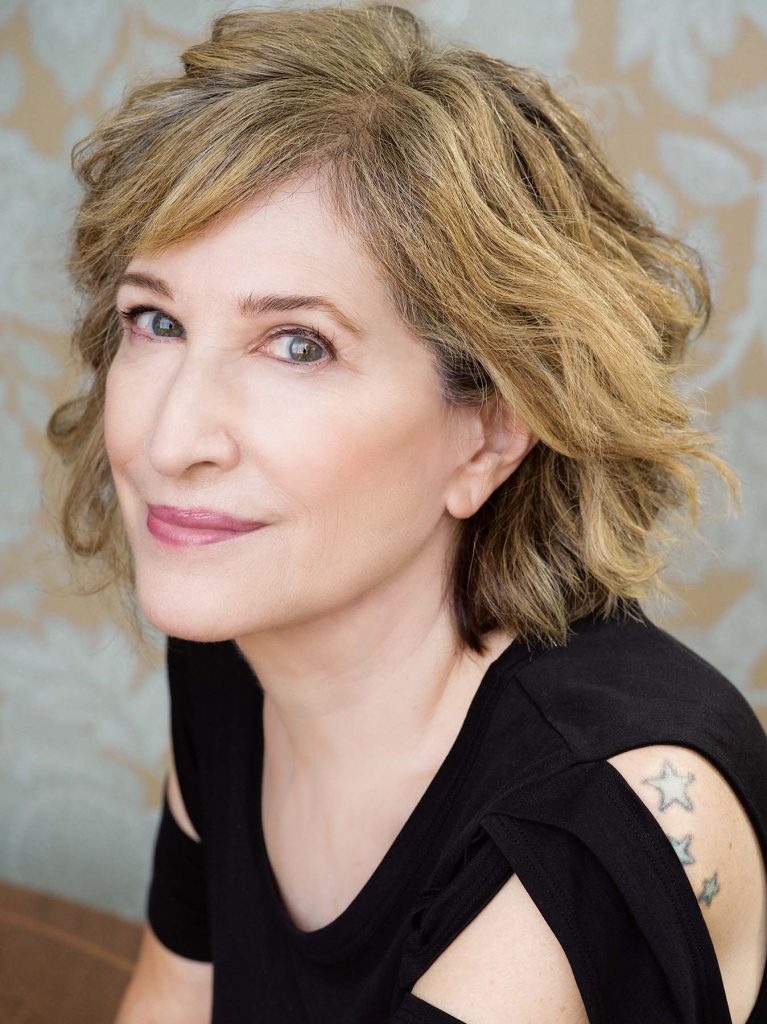 Some kind of hell broke loose for all of us in 2020. My own hell was a kind of paralysis through which I mostly just said, “Nothing’s gonna be the same. Nothing.”

Meanwhile, author and cultural critic Laura Kipnis was asking the world questions to get at just what might become of us after this mess. Her new book, “Love in the Time of Contagion: A Diagnosis,” is the result of those questions.

I sat down with her after tearing through the book, wanting and wanting not to put it down—with all its terrible little mirrors on every page. 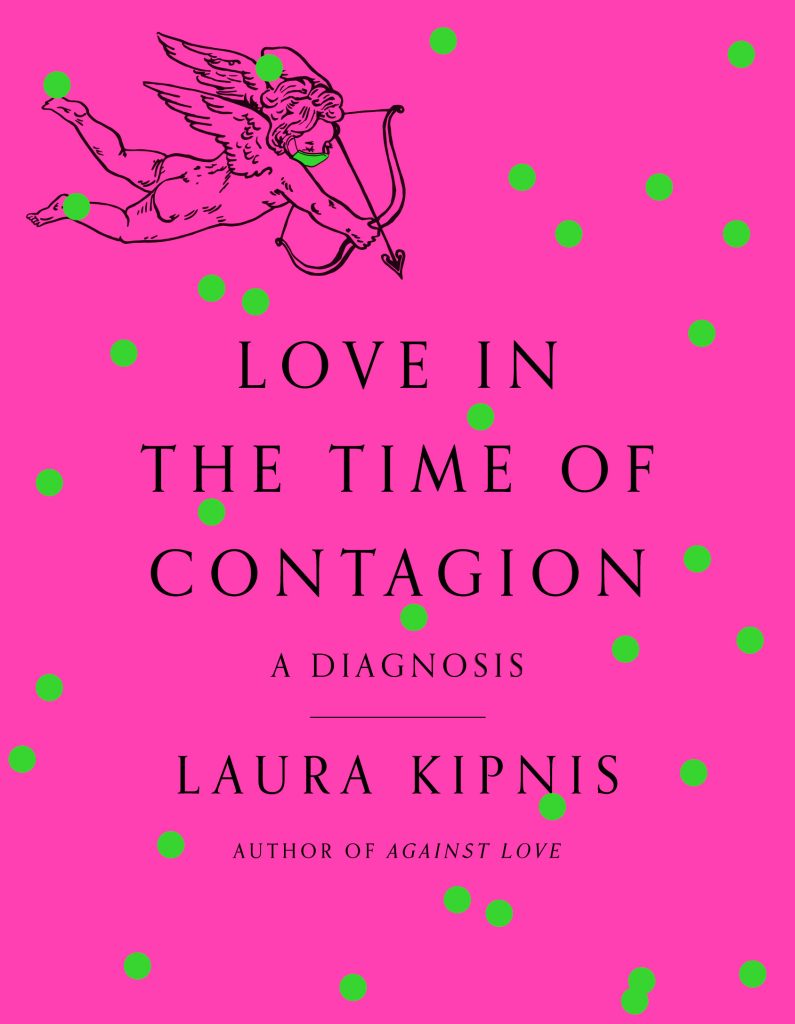 I feel like you decided, at some point, against the title, “Love in the Time of COVID” for this book. “Contagion” feels richer. Roomy enough for all of our ills.

Early in the pandemic I started thinking about the effects of viruses on our sense of other people and the kinds of risks they pose, which can be contagious, literally, but also interpersonal. This idea of contagiousness bleeds into the question of trauma, which is so present in the ways we think about interpersonal experience. So, yeah, contagion was something that had been on my mind. “Love in the Time of COVID” felt too narrow. “Contagion” opened up so much more territory.

A principal question that seems to guide your work is What is this experience going to do to us? Or What will we become?

I’ve always been interested in social theory and the politics of personal life, at all of those overlaps where the personal and the political intersect. And I think that many people these days think about national politics as really eating away at you or infiltrating you in much more obvious and direct ways—making you ill at some level—but in ways that are kind of difficult to talk about. The pandemic weirdly provided a lens to focus on literal public health issues but also on more figurative health issues, too, like what does living through these times do to you emotionally? What does it do to relationships? Early in the pandemic I saw a lot of those lifestyle pieces like How is this affecting your marriage? which wanted to be a bit reassuring, I guess, and I was interested in plumbing a bit deeper.

In a conversation you had about your book “Against Love” you said “The married-male/single-female configuration may still be the most prevalent adultery form, but all indications are that female straying is on the rise: all that was required were more opportunities for women to get out of the house.” It calls to mind the paucity of opportunities for anyone to get out of the house, now, but I guess I’m wondering about the sequel-ish feeling I get from “Love in the Time of Contagion.”

Part of the inception of this book was finding myself in the situation of forced domesticity after having been this kind of domesticity resister. When I decided to write it, the first thing I did was put this survey online with questions like, How were people managing? Were they monogamous? Were they not monogamous? I got about 200 responses, and some people did talk about how those kinds of relationships became impossible. But I haven’t really kept up on what people are doing now in terms of monogamy and monogamous relationships. In some ways there’s so much more attention now on throuples and open marriages and open relationships—the conversation is a bit more mainstream than it was at that time, and also the rise of these new domestic surveillance technologies like cellphones that tell you where your partner is at every moment now. I think it does preclude or foreclose some of those possibilities.

I love the humor in your book. In the section on narcissism, you write: “When other people are yabbering on at me about themselves I feel that they simultaneously want my love and have forgotten I exist, and I want to kill them for it.” And elsewhere you write, “Every marriage is a little murder.” So fun. At other times, though, it’s therapy serious—absent the jadedness and irreverence of “Against Love.”

When I was writing “Against Love,” I had a target—this conventionality about love and marriage and long-term coupledom—and it was easy to find language to mock those things. I found myself coming up with a lot of metaphors or similes about love as a coffin or premature cemetery or denture adhesive. It was fun to write, partly because I felt like I could play the role of the id in relation to the superego of the policing of coupledom. But this book is not a polemic, and I definitely felt I wanted to be respectful—which is kind of a crappy word—toward people who were talking to me in this very honest way about their personal lives, and so the easiest target did become myself.

Also, these conversations were with real people that took place over time. I think it would be treacly to say they were a form of love—but there were intimacies that were established.

There were a lot of spot-on, surprising phrases I noted through my reading—love perforates us, you write. And phrases like coupled restlessness, intellectually scrappy, doom-scrolling, zombie love. Feloniously irresponsible. Can you talk about your insistence on using language precisely?

I’m really attentive to language and the ways people use it. One person I wish I could write like is Saul Bellow. His language is so surprising, and I’m always after that, hoping to surprise myself with a turn of phrase or even a word. The right word can energize a sentence or even change your thinking. It opens something up. I remember being happy with feloniously irresponsible. It gave me this little moment of delight. I get kind of depressed with writing when those moments aren’t there, and I start feeling like I’m recycling something or writing something that’s tedious. So I’m trying to, I suppose, put my imprint even at the level of the word.

Your coda, “Antibodies,” is an anthology of the survey questions you put online. I wanted it to go on forever.

I put that survey up about six months [into the lockdown]. There was still a kind of rawness to the ways people were thinking about their lives, and the questions—What’s happened to you? Has this changed how you feel about love?—were trying to elicit those kinds of reflections. Sort of guided, but open-ended.

What are your hopes for what readers might take away from this book?

I was a bit worried that there’s not enough that is concluded about COVID or “Contagion” or “Love.” I mean, we don’t really know what the aftermath is going to be. It’s been so cataclysmic. In a way you’re left just trying to navigate the everyday mechanics of remembering a mask, or how to get flour? Or how do you not kill the person you’re sheltering with? And I don’t know if people are or up for having an open-ended conversation or reading experience. They’re desperate and starved for answers and ways to fix something that you just basically have to conclude is unfixable. I guess I want people to open up some kind of space for contemplativeness.

Madison Street Books will host Laura Kipnis in conversation with Adelle Waldman on February 8 at 7pm. Register for the virtual event here.

“Love in the Time of Contagion: A Diagnosis”
By Laura Kipnis
Pantheon Books, 224 pages, $26 hardcover