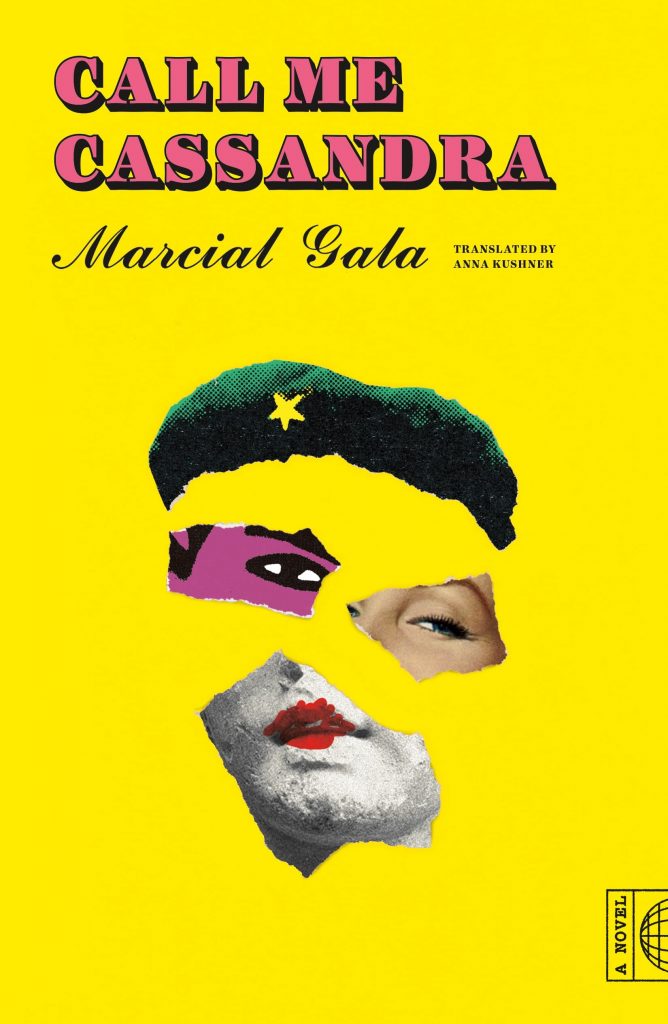 Marcial Gala’s “Call Me Cassandra” is a strange, dazzling novel that is as difficult to categorize as its protagonist. Moving between Cienfuegos, Cuba and Angola in the 1970s and eighties, Gala’s second novel translated into English follows Rauli, who believes he is the reincarnation of the Trojan priestess Cassandra. Like Cassandra, Rauli reportedly possesses the gift of telling the future and is convinced that he will die at nineteen, fighting in the Angolan Civil War. This is mentioned repeatedly without emotion or fanfare (“My Zeus, I know I will die at nineteen, very far away from Cienfuegos”). Rauli never makes any effort to run from his fate; like Achilles and Odysseus, Rauli believes in the gods’ absolute power.

This powerlessness defines Rauli’s life. To other people, he is a chameleon whom they can change at will. In Angola, the army captain compares Rauli to his wife during their sexual encounters. In Cienfuegos, his mother dresses him up like her dead sister Nancy, whom he physically resembles with his blue eyes and blond hair. His army commander calls him Marilyn Monroe. Others assume he is homosexual, although, in fact, Rauli has no sexual desires. Cassandra, in contrast, is the only identity he takes on willingly: “I am not [Raúl], I am Cassandra, who does have a spine, made up of so many bones that no one else sees.” Here, Gala invites us to question Rauli’s reliability as a narrator. Cassandra may be real, or she may be a coping mechanism; like Rauli, she is whomever we want her to be.

Much credit goes to translator Anna Kushner, who also translated Gala’s first novel, “The Black Cathedral.” Kushner preserves Gala’s lyricism and playfulness (“We are the bridegrooms of death. I am the bride of death.”). At times, it can be a dizzying read. Gala alternates between past, present and future tenses, and neither timeline—fighting in Angola or Rauli’s adolescence in Cienfuegos—is told sequentially, mimicking Rauli’s sense of time’s fluidity. Not much happens in terms of plot, and the poet Gala often leans into repetition. We are told the same things many times and sometimes in similar ways, which some might find frustrating. But for patient readers invested in language, “Call Me Cassandra” is both a thought-provoking meditation on myths and its own venture into mythmaking. Just as Rauli will “die here in Africa, on the border with the Old World,” “Call Me Cassandra” also sits on the edge of the Old World and New.