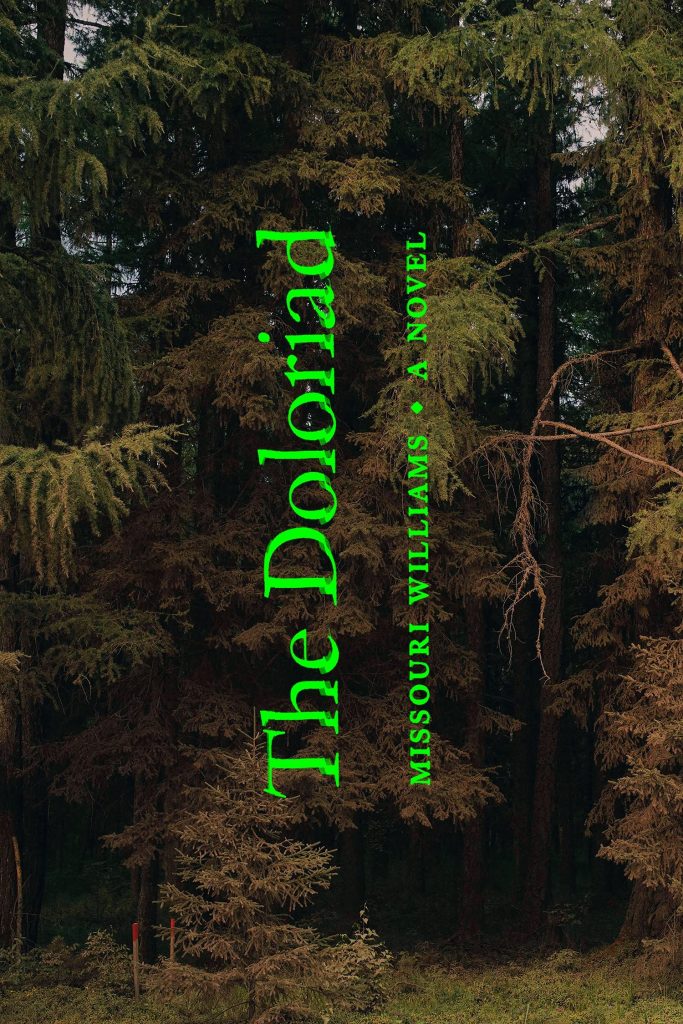 No change persists in the unnatural slapstick of a cartoon world. There are moments that occur in cartoons that stand to alter the world of the characters forever. A death. An apocalypse. But, by the next episode the audience is served a foolproof dramatic irony when the world is unchanged, as if the event never occurred. Someone kills Kenny in most episodes of “South Park.” SpongeBob shrinks Bikini Bottom and its entire population only for the world to return to its normal dimensions by the next episode. Et cetera.

This absurd immutability describes the world of Missouri Williams’ debut novel, “The Doloriad,” a post-apocalyptic origin story that’s as epic as it is intimate. Long after a vague cataclysm destroys the known world, a brother and sister are years into the project of repopulation, encamped at an apartment block within what was likely once Prague. The afflicted progeny of the siblings, and their progeny’s progeny, spend their days fornicating in the forest, being read ancient texts from their disfigured schoolmaster, and devising strategies to upend each other within the cruel war of their sibling-love hierarchy.

We begin with Dolores of the title crawling back to her family’s encampment from the forest where, it is known, she was sent to die. Dolores’ return sets in motion a ripple of violence and ridicule from her brothers and sisters, as directed by the Matriarch. The children vie for their mother’s favor as she lords over the encampment like a goddess, not unlike the Homeric epic to which the book’s title refers.

This control is not achieved through divine rule, but through the careful control and erasure of language. The separation of the past from the “drowned” world of the siblings’ offspring imbues their present with the very incest that created it. Their father muses that “their minds had escaped the temporal relationships that had defined the language of the past,” a cartoon hell of the “eternal, causeless present, a world of pure simultaneity.” For example, we see the children gathered around the feet of their Matriarch to watch the sitcom “Get Aquinas in Here!” on a loop. Its episodes portray a cartoon Thomas Aquinas and his sidekick sheep traversing a bleak, absurd landscape, playing audience to scenes of violence that often foreshadow actions played out by the family itself. Our first introduction to the program show a young girl in a school counselor’s office receiving a lecture after being impaled by a large metal pole. Later, a sister from the encampment is found by the schoolmaster to have suffered the same fate.

The children live their lives desensitized to the violence they experience. They cheerily go about daily chores in close proximity to their brother, Jan, who slowly dies on a stone platform after being beaten within an inch of his life. Everyone can hear his screams, but the children just laugh. The violence depicted in the book does not greatly alter the characters’ lives, and even the greatest change amounts to a sort of equilibrium. After a revenge fantasy is played out, the Matriarch and her brother, like any God to a fallen earth, quietly disappear. They abandon the encampment to the whims of itself, the incestuous organism, to simply continue.

For as much as “The Doloriad” is a violent and deeply perverse portrait of a family, it also reads as an ancient creation myth with prose that is lyrical and maximal. Williams’ omniscient narration is cinematic, fluidly moving between characters as if the reader’s eye were being led across a painting by Hieronymous Bosch. It’s difficult to imagine concocting this debut, juggling so many disparate narrative tropes with the grace and ease Williams displays. Truly, “The Doloriad” situates Missouri Williams as a brave, exciting, and highly unique new voice.