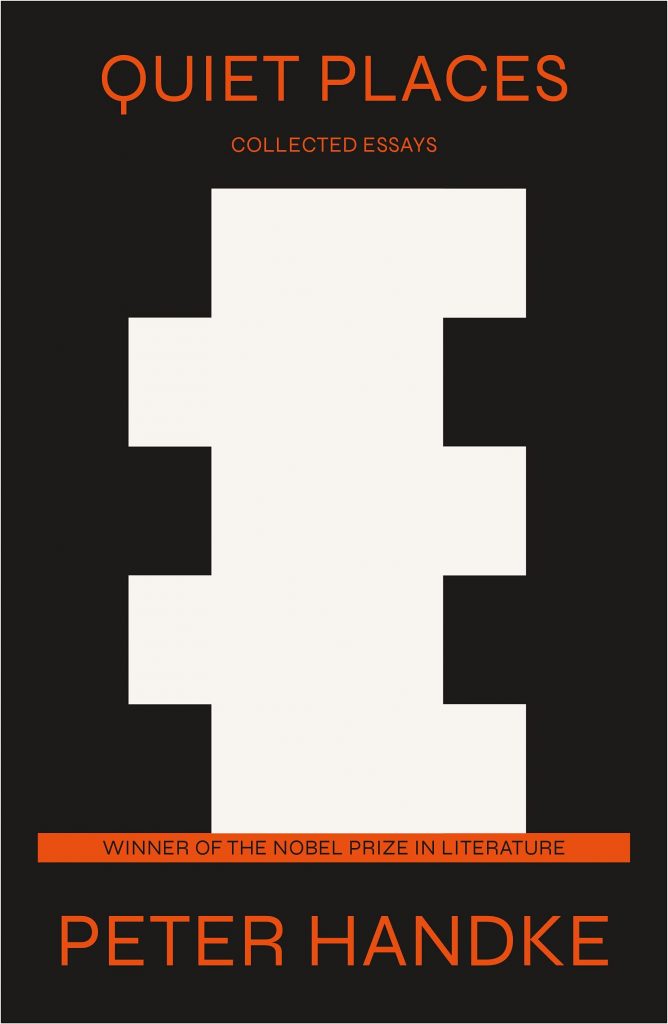 What’s the difference between tiredness between romantic partners and the “we-tiredness” of after a day’s work by a group of laborers? When does a lavatory serve as a spot of refuge from the demands of the outside world? These and many other peculiar and occasionally delightful questions animate “Quiet Places,” a new collection of essays by Austrian Nobel prize-winning author Peter Handke. Two of the essays, gracefully translated by Krishna Winston, have never previously been published in the United States. The three older essays were translated by Ralph Manheim, with whom Handke had a longstanding collaboration until the translator’s death in 1992.

In the essay that lends the book its title, Handke builds and extracts meaning from the humble public commode. He makes it clear early on he has no interest in potty humor, or more specifically, visits to the bathroom of the traditional kind. Instead, Handke paints the restroom as a spot of unexpected contemplation. To illustrate this point, he conjures notable bathrooms from his past, including an out-of-the-way men’s room at a castle-like boarding school he attended as a youth and the toilet of a Japanese temple. The essays in this collection range from fifty to over a hundred pages, sometimes with Handke luxuriating through long digressions only to seemingly stumble upon an unexpected revelation in the last few paragraphs of a piece.

Handke has been the figure of much consternation, especially since his Nobel win, given his stance on the Yugoslav wars of the 1990s, and his role as featured speaker at Slobodan Milosevic’s funeral. Anyone looking to have this controversy addressed in this collection directly will be disappointed, though given Handke’s general ability to probe his own experiences with an uncanny amount of grace and intelligence, it’s not a bizarre hope.

In “On Tiredness,” he writes about how his essays have “problems” rather than subjects. Indeed, rather than cover a subject, Handke appears to gently wrestle with the problem that he assigned himself. By the time he’s done speaking to different types of tiredness, my mind wanted to designate new German words for all the discrete types of that condition that he uncovers. While his essays lack some of the irony, formal experimentation and attitude of recent forays in the genre, Handke’s control of his prose is impressive and unwavering, and by the end I had come to share many of his unusual fascinations.