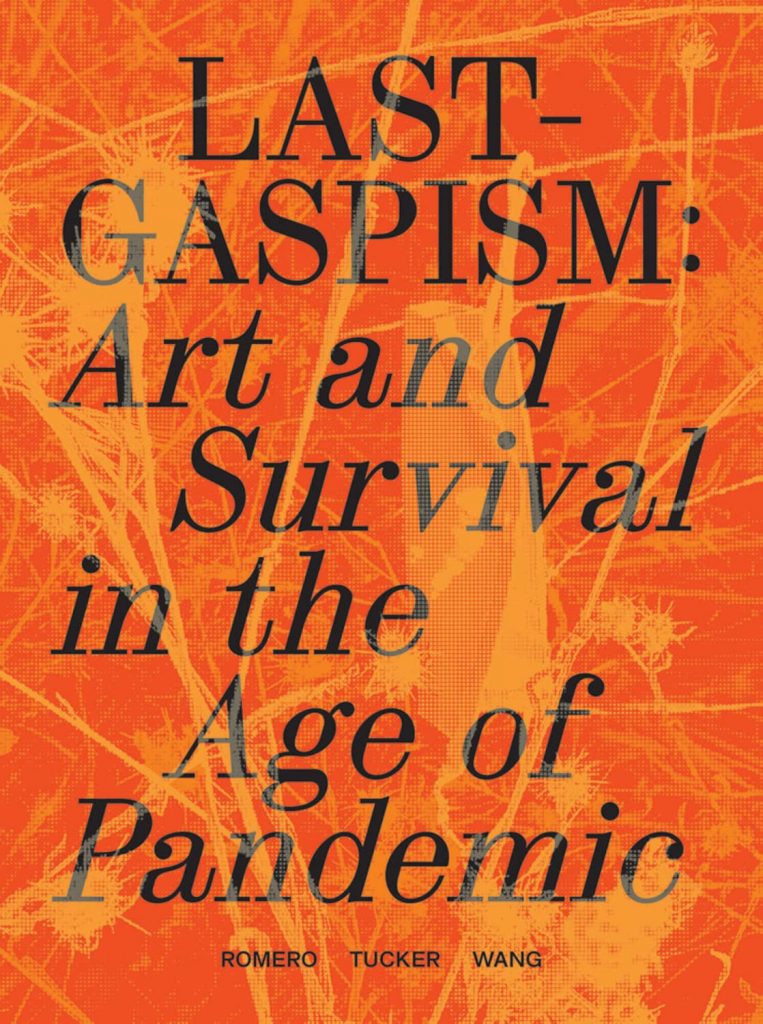 Ostensibly a project to outline the challenges of making art and surviving during the trials of a pandemic, this must-read from the long-running Chicago-based art-book publisher Soberscove is also an important cohering of how our current picture fits into a larger portrait of our society.

Almost all of it is filtered through the metaphor of breath, and the ability to breathe, of the “news media headlines that attempt to articulate the late phase of some socio political struggle or the dying fashionability of once-popular values.” Aside from the obvious signal of breath metaphors related to the onset of the COVID-19 pandemic, there’s also the “I can’t breathe” slogan of the Black Lives Matter movement desperately struggling to draw attention to police violence against people of color, “echoing the words of a gasping Eric Garner as he was choked to death by another white police officer.” Also then, the war on drugs. The climate crisis. The attempted coup on January 6, 2021 at the nation’s Capitol. Reading the vortex here at the center of “Lastgaspism”’s conceptual Venn diagram of social ills, and the diversity of man-made disasters forming off from it, is to “manage pressures at a planetary scale.”

That’s what the book sets out to do, and does quite well, through the perspective of art and social-practice solutions, interspersed throughout with short, emblematic exhibitions in print, such as the section detailing Pato Hebert’s reflection on his COVID long-hauler experience, Cheryl Derricotte’s “Pandemic Bookkeeping,” with her plague-journal style of inventorying food stores, or Damon Locks’ “Then X Enters,” drawing from a class on comics he taught at the maximum security Stateville Correctional Center in Crest Hill, Illinois, work from which later evolved into an exhibition at Goldfinch Gallery.

These visual sections punctuate and expand on the medical, social and political horrors brought up by the book, and then there’s Daniel Tucker’s “Silence Won’t Save You: An Interview With Kelli Morgan.” Morgan was the curator at the center of what became a firestorm controversy over museums and their publics when in 2020 she resigned from her position at the Indianapolis Museum of Art over charges that it was a “toxic and racist workplace.” Her call to action went largely unheeded until February 12, 2021, when the museum published a job posting looking for a replacement willing to maintain a focus on the museum’s “core, white art audience.” Within five days, the museum’s president had resigned.

Morgan’s detailing of the toxicity of that museum is worth the price of admission, and it should be required reading for every museum administrator across the land. It includes such gems as the moment, she recalls, when the museum “decided that it would not market the Samuel Levi Jones exhibition to Black communities despite the fact that it was the institution’s first solo show of a Black Indiana artist, curated by the museum’s first Black curator and first Asian curator of performance.” Unbelievable.

As former Chicagoan-turned-L.A.-resident artist Dan S. Wang writes in his essay, “Enlightenment of Color,” “an attachment to the pain produced by the circumstances of subjugation to a racist, imperialist society that captures us in its political subjecthood can be another source of pain.” Wang, ever searching for wisdom and liberationist practices, condenses these notions of Lastgaspism, suggesting we “call it the George Floyd Pandemic Anthropocene,” in which “the simple act of breathing takes on liberatory potential.” He asks, “Could the application of Zen, Vipassana, and other traditions of Buddhist practice by Black people to the contemporary and particular conditions of Black suffering be a transmission—faith taking a leap, as it were—as momentous as that of, say, D.T. Suzuki’s delivery of the dharma to American audiences in the 1950s?”

Wang further delineates his embrace of Buddhist solutions by drawing a distinction between Suzuki’s influence in the “Zen stream of experimentation familiar to students of art history,” writ large in the stochasticism of figures such as John Cage, while the “new POC Buddhism mostly springs out of schools of thought properly associated with Thich Nhat Hanh.” In proposing this, he also indicts the “pseudo-universalisms of European Enlightenment that bequeathed the terms under which we struggle politically.”

Rugged individualism fore among them, whatever proposed solutions may have the potential to address these critically stalled tensions, this collection of dispatches from within our ailing body politic does a necessary and noble service in tracing the contours of a problem often not visible from within the confines of our current systems of oppression.