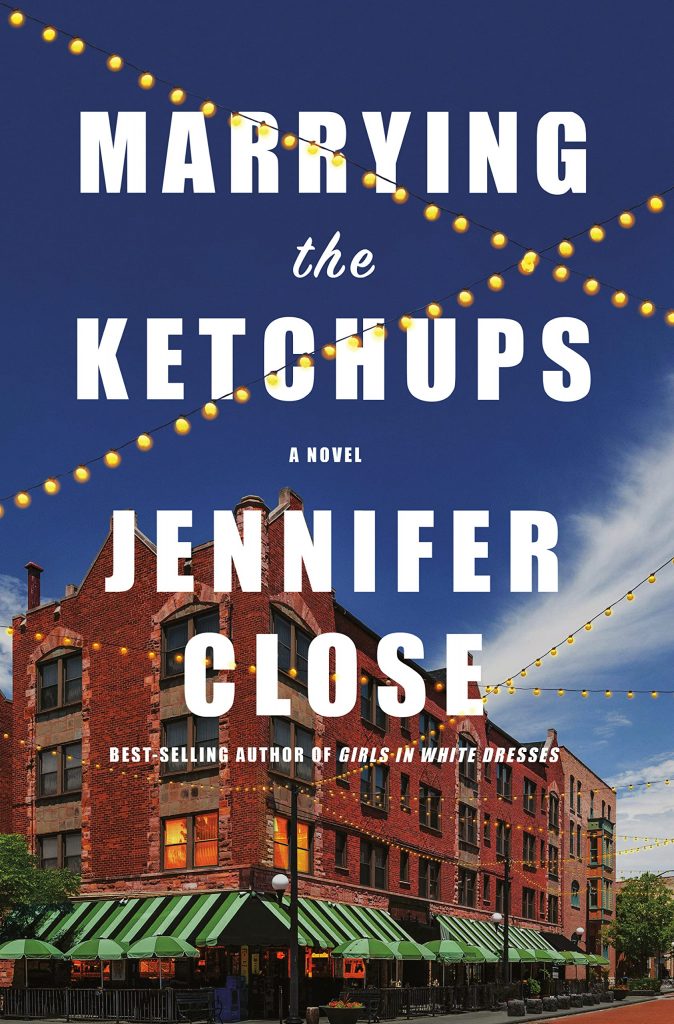 Jennifer Close’s novel, “Marrying the Ketchups,” is an attempt to parse how weird it was to be in the Chicago area during 2016, when the prevalent curse came with a prominent blessing. The novel follows the Oak Park Sullivan family over the year following “Three impossible events, one after the other”: the death of patriarch Bud, the Cubs’ World Series Championship and Trump’s election. Close follows Bud’s three grandchildren as these events force a retreat to Bud’s restaurant, Sullivan’s. Teddy quits his job managing service for a Stephanie Izard-type restaurant to manage service at the family business. He’s followed by cousin Gretchen, who moves into the apartment above Sullivan’s after her New York City band’s bust-up, while her older sister Jane frequents Oak Park to escape from her failing suburban marriage, stricken by infidelity. As seen in the early juxtaposition of Bud’s death with a post-season game, the thrust of the personal dramas aren’t isolated from those on larger stages, with each following the beats of history.

Despite the potentially heavy subject matter, “Marrying the Ketchups” is an exceedingly funny novel, full of quotable quips and absurd situations. We are informed of Gretchen’s impending breakup with her awful bandmate-boyfriend with the line, “It is universally agreed that it doesn’t feel great to be dumped by a man who doesn’t own a garbage can.” Close illustrates Jane’s pomp Lake Forest Hell by describing a child’s red-carpet birthday party as a “JonBonet Ramsey party” deserving intervention from child services. Later, when Jane’s husband announces their separation, they mark the occasion with “Crab Rangoon at a suburban chain restaurant,” a weekly habit continued into absurdity through sheer inertia.

Bridging the gap between the novel’s dramatic and comedic elements is the novel’s character work. The Sullivans are likable messes. Their tendency for error lends itself to hilarity and their struggles are relatable, especially Gretchen’s cocktail of millennial failed artist angst and Ted’s crippling familial responsibility. Also much like Chekhov’s “Cherry Orchard,” Sullivan’s pulls its character weight by lending itself to both comedy and drama, providing a place filled with charming peripheral characters and a set of built-in stakes. As the beloved family restaurant, can Sullivan’s survive when no one will let it change?

The absurdity at the heart of “Marrying the Ketchups” isn’t that the world stops when glory or tragedy strikes, it’s that it doesn’t. We can eat at P.F. Chang’s despite the fracture in our hearts, we can sing “Happy Birthday” despite the atrocities in the news, and our loser team can dare to win without us there to see it. In continuing, life will always outpace the latest grief or triumph, which I consider hopeful as the world teeters again. Until novelists start publishing novels set during our current crisis, “Marrying the Ketchups” is maybe the novel that has best captured the way “Our whole country feels shaky and flammable at the moment,” accomplished by vividly illustrating our last shaky and flammable moment. (Brendan Buck)