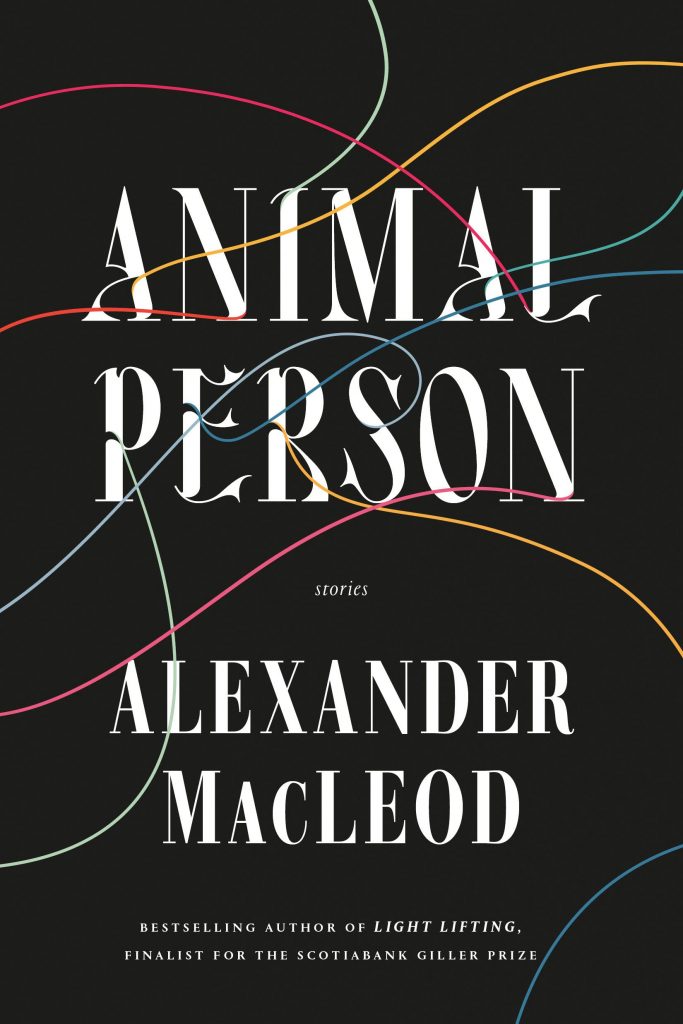 A review cliché is the phrase “I couldn’t put this book down.” It’s commonly used to describe the way some novels make you disinclined to leave their worlds, yet even some short collections lead one to ask it after each story, as if it were a bartender, for another shot to slam. Some books do the opposite, though. These novels or collections force the reader to retreat with each story or chapter, as if attacked by sharp objects. “Animal Person,” the latest collection by Alexander MacLeod (son of the late Canadian writer Alistair MacLeod) is one such rough read.

By rough, I don’t mean unpolished. The stories are excellent, masterful, award-nominated even.  The collection’s opener, “Lagomorph,” was featured in 2019’s O. Henry Prize collection. The story, which documents the demise of a marriage as much as that of “the oldest rabbit that ever lived,” left an impression on me, leading to a brief breakdown. When MacLeod’s narrator described Gunther the rabbit’s final moments, “Vivid, urgent, and distinct, but then it passes and the rest is everything else,” stirred briefly (and finally) by hearing the voice of the narrator’s estranged wife over the phone, it caused me to drop the book and pace around my apartment in tears. I needed a moment before moving onto the next, I hoped, lighter story.

It wasn’t lighter. The whole collection is full of upsetting tales, some deserving content warnings.  Others upset because MacLeod is a demolitions expert, knowing which emotional columns he needs to destroy to demolish us. The mid-collection story “The Entertainer” documents a youth performance of that ragtime standard at a retirement home from three perspectives: a struggling adolescent musician, his teacher and the husband of a woman in memory care. We are set for failure, fed the boy’s sense that he has lost whatever skill he used to have and the way his teacher connects his impending failure to her own failed career. Armed with only half the chords, he bombs, but he’s saved by the dementia-afflicted wife. Spurred briefly by what her husband’s perspective describes as her defiance to situations where people are forced to suffer embarrassment, she slides next to the boy at the keyboard and helps him play the Joplin tune by playing the parts he cannot. But even this miracle is intended to demolish, as it leads the husband to ask the boy and his wife for an encore, hoping to have her just a moment longer before she sinks back into illness.

“Animal Person,” in its relentless devastation, cannot be driven straight through. To treat it as a collection where you can slam shot after shot is foolish. When you read “Animal Person,” take it a story at a time. Find a free afternoon to let MacLeod destroy you with a single story. Then leave the book and return to it a few weeks later. You’ll find, as I did, that he’ll be ready with a new way to drag you to the ground.