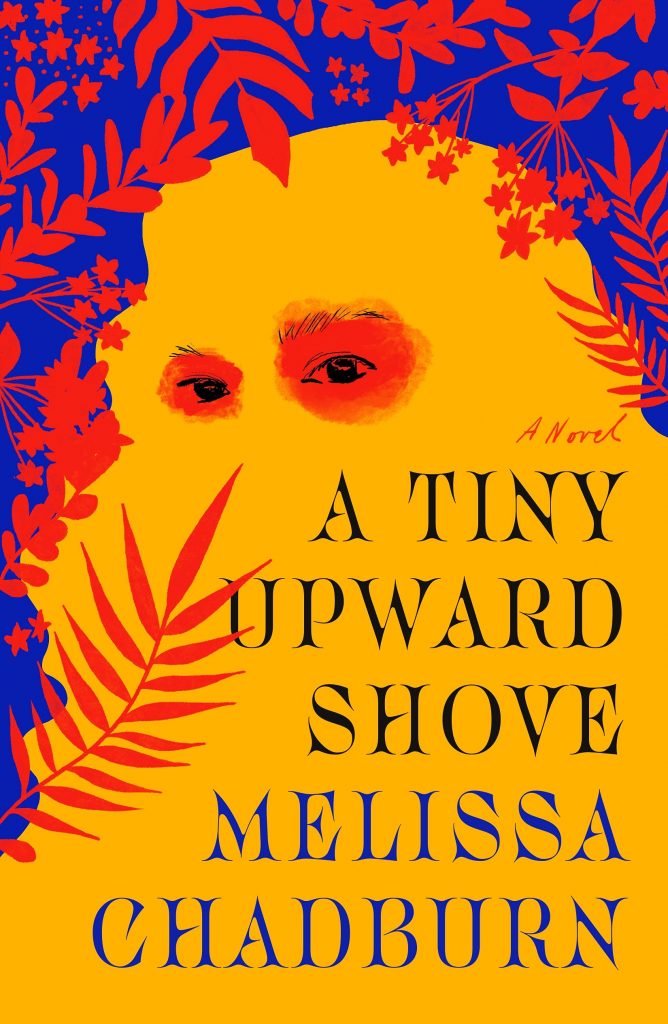 “Don’t believe anyone who tells you that death comes quick and painless,” recounts the narrator of “A Tiny Upward Shove” in its unforgettable opening paragraph. “That’s bullshit. Dying hurts like fuck-all everything; you can feel all the pains, the hurts, the joys, the cries of all the world. There’s no numbing dope, no dick wows, no kitty kitty yum yum, just a floodlight on the world’s needs. Death is a dump.” Even the unapologetic narrator cannot hint at all that is to come. This is a novel equal parts spellbinding and disturbing.

Melissa Chadburn’s bold debut recounts the short life of eighteen-year-old Marina, who is murdered by a pig farmer in the opening chapter. Upon her death, Marina is transformed into an aswang, the subject of her Filipino grandmother’s stories. It is the aswang who serves as the novel’s narrator and grants Marina the autonomy she was denied in life. From the aswang, we watch Marina’s transformation from the imaginative, gifted little girl “who sang songs and told stories and left treats out in the rain for the fairies” to the emancipated veteran of Child Protective Services, rank with “the scent of urine and desperation.” We also get glimpses into the perspectives of other people in Marina’s life, including Willie, her murderer. These points-of-view enrich the cast of characters, although Marina remains the most developed and sympathetic.

“A Tiny Upward Shove” is a slow, measured novel, unconcerned with traditional pacing or plot. Marina is not removed from her mother’s custody until the halfway point, and her beloved Alex, who indirectly leads Marina to her death, is not introduced until shortly after. Some of the novel’s most memorable moments come from Chadburn’s willingness to take her time. One chapter includes Lola’s list of “how to be,” which includes items such as, “If, in time, you have ears that stick out, you can stick them back with Scotch tape” and “Never shave above your knees, or everyone will think you’re a whore.” Another includes a case file with blacked out logistical information, transforming the file into an erasure poem. Her descriptions of food are also vivid and moving: “Marina imagined hipon wrapped in taro leaves, stewed in chilés and coconut milk. She imagined a small loaf of sticky rice with mango.” (It is unsurprising to learn that one of Chadburn’s essays was featured in “Best American Food Writing 2019”.) These pleasurable moments contrast with the novel’s more difficult scenes, which include detailed descriptions of violence and sexual abuse.

For Chadburn, society’s failures are deeply personal. Like Marina, she was a ward of Los Angeles County, and she has written on the failures of the child welfare system as well as appearing in the Netflix documentary series “The Trials of Gabriel Fernandez.” But although “A Tiny Upward Shove” has a crucial message about those denied by society, it should not be taken as an allegory. To categorize the novel is to rob it of its complexity and power. “A Tiny Upward Shove” is best appreciated by letting its language sing.