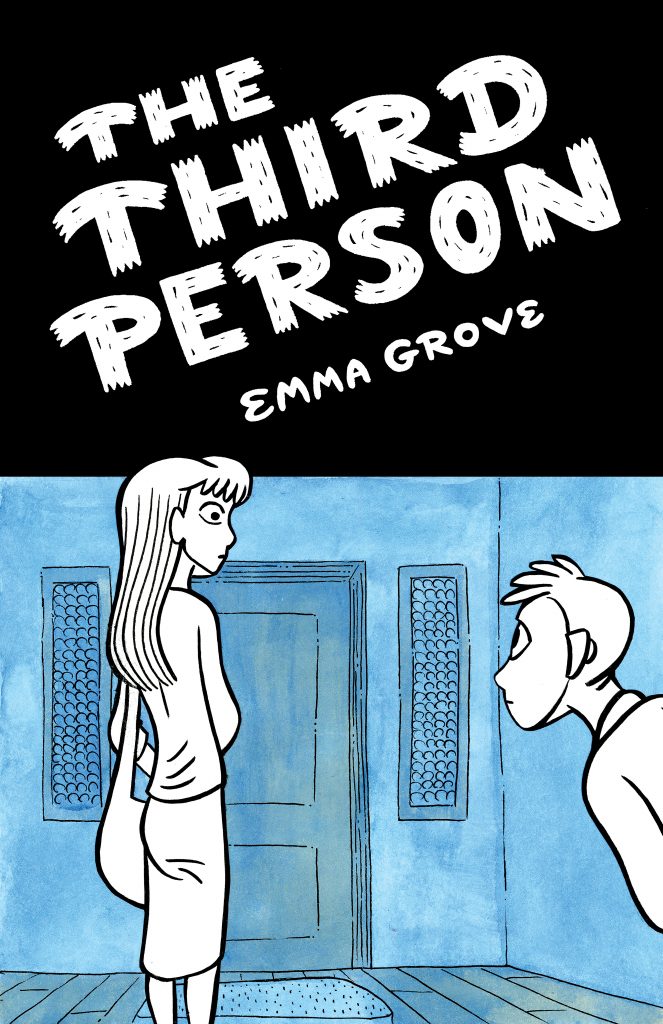 “The Third Person”, a graphic memoir from writer and artist Emma Grove, is breezy for 900 pages; readable twice in an afternoon. But while a quick read, it shouldn’t be mistaken for an easy one. Like many transgender narratives, it’s about untangling trauma toward a certain truth, but it’s also about the trauma created in the untangling. “The Third Person,” in a way, is the current Emma’s effort to grapple with the trauma created in 2004, during her early transition attempts.

What the title refers to is a complicated aspect of this narrative. From a very young age, Grove dissociated in order to cope with trauma. During these episodes, she’d slip in the form of an alter, someone stronger. While she would later develop an alter named Ed, which allowed her to function in society as male, the most important alter is Katina, who Emma refers to in the third person. Katina is everything that the timid and sensitive Emma isn’t. She is cheerful, fun and impulsive, but most of all, she’s durable enough to defend Emma from threats like abusive family and therapists.

Most of the book covers Grove’s time with Toby, one such therapist. For an endocrinologist to prescribe hormones, Emma needs a therapist’s referral. Her second attempt is her six-month stint with Toby. Even in his own words, Toby failed Emma. Initially Toby gives Emma a safe space to experiment, but quickly he questions her veracity. During one of the most traumatic incidents with him, he throws a book while telling her that her dissociative identity disorder (DID) symptoms are too perfect, and thus must be fake. In another shining moment, Toby shouts at Emma that he understands why her grandfather beat her, using the very secrets she couldn’t tell her previous therapist as a weapon against her.

Trans people have the unfortunate burden of proving their authentic selves against relentless questioning, and Toby is an absurd example. But Toby isn’t some transphobic Texas lawmaker: Toby is trans, too, thus his tantrums, clashes with Katina, and ejections from his office carry extra betrayal. Worst of all, instead of helping Emma, all he accomplished is gatekeeping. In looking for excuses to dismiss Emma’s womanhood, Toby fails to realize that a trans person having other conditions to work through isn’t mutually exclusive to being trans, or how such conditions could relate to the trans experience.

Grove’s message is resonant, but it’s also worth noting how she uses the language of comics to deliver it. Grove uses simple but distinct character design effectively. Even when they wear the same wig, it’s easy to tell Katina’s goofy smiles or intense scowls from Emma’s gentle features. But more critically, early in the memoir Grove uses an empty black panel to establish a visual shorthand for a key aspect of Emma’s experience. Established before we (or Emma herself) realize exactly what the panel means, this shorthand not only adds value to a reread, its reveal gives us insight on the unmooring nature of Grove’s episodes. It’s an effective way of commandeering from us the sympathy that Toby refused to give Emma. Through “The Third Person” Grove is the sort of voice I hope will convince the public that trans folks deserve and warrant the care they are asking for, at the time and place they ask for it.