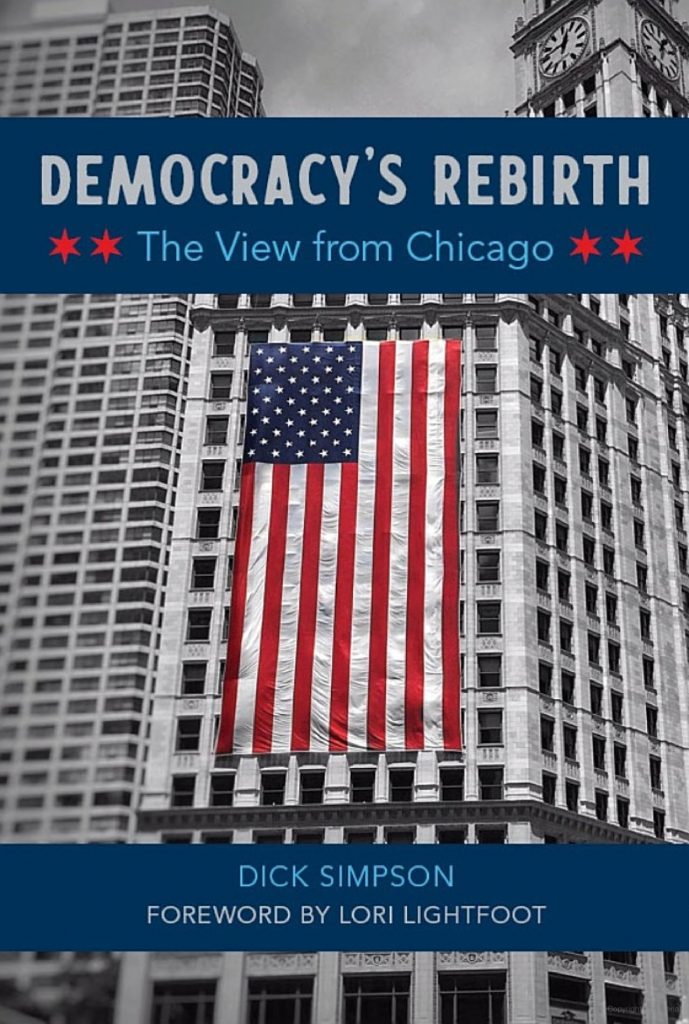 Dick Simpson is an optimist. He’d have to be, given his start as one of the few progressive, non-machine aldermen during the 1970s when Richard J. Daley was boss. The mayor used to chide him, “You ain’t got the votes, kid.” During fifty years as a legislator, strategist and government advisor who worked on Lori Lightfoot’s mayoral campaign, Simpson has never been afraid to go up against tough odds to try to bring reform and change to politics-as-usual.

So it makes sense that his new book, “Democracy’s Rebirth: The View from Chicago” looks at the current threats to our nation and imagines how they could be solved through better education, hard work, campaign finance reform, and a sense of civic virtue. It uses signs of progress in Chicago as an example of what could happen nationally.

Does it persuade? Sometimes, but there often seems to be a disconnect between the enormity and complexity of the nation’s problems and the lack of ready solutions. It’s one thing to say that the Electoral College is a troublesome anachronism which results in Democrats winning the popular vote and still losing the presidency, while small-state conservatives grab an outsized share of Senate seats. It’s another matter to figure out how to get rid of it. The book is full of “we must” exhortations, as in public opinion on campaign financing must be changed, non-partisan sources of journalism must be supported, and we must promote a more deliberative democracy. But the book doesn’t always make a great case for how this can be done, so it is difficult to share Simpson’s hopes for a brighter future.

Simpson is at his best describing the issues facing our democracy, and the past struggles for justice in both the city’s and the nation’s histories. He dryly and soberly outlines current challenges such as the decline in reliable news sources, the rise in extreme partisanship, the increased dominance of “dark money” and negative political ads, and the growing gap between the rich and the poor. He argues that the shrinking of the middle class is a threat to democracy, since the middle class has more time and resources to vote and participate in community building. He also provides some sharp anecdotes from Chicago’s past, with characters like “short pencil Pete,” a precinct worker in the early twentieth century who used to correct votes for “wrong” candidates by hiding a pencil between his fingers. It is fun to learn that Chicago had its first stolen election at its start in 1833, when those present at the town meeting decided to incorporate by a vote of 12-1 even though two voters didn’t meet the residency requirement.

Wise as he is about our history, Simpson can seem overly optimistic about Chicago’s current situation. He’s right that the slow work of rebuilding democracy has to begin at the local level, and the fact that we’re past the days of short pencil Pete shows that things can get better if people work together for the common good. But it’s a daunting task, and obstacles like “Citizens United” and the rise of actual fascism in our nation seem scarier than the old Chicago machine.

Simpson’s book provides a thorough diagnosis for what’s gone wrong with the country’s democratic ideals. The prescription to cure it is going to be tough to fill.