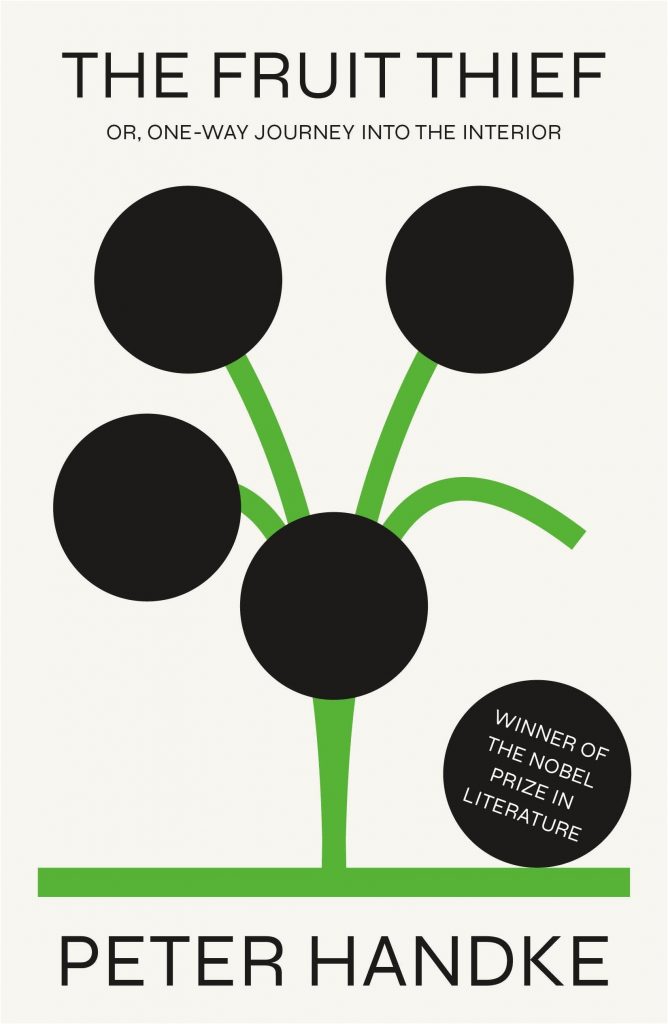 America’s reigning novelist Jonathan Franzen said of the sequel to his recent masterpiece “Crossroads,” “I was thinking of writing it in stream-of-consciousness” and then gave a healthy laugh. Albert Camus gave it a try: “The Stranger,” “The Fall,” “The Plague,” all healthy tomes that get the wheels moving in the head but lack any pushing plot. Conflict in the traditional sense is fairly well ignored. Maybe there is only room in the canon for one James Joyce? But Nobel Prize-winning Austrian author Peter Handke follows this tradition with his 2017 novel “The Fruit Thief: Or, One-Way Journey Into the Interior” in a translation by Krishna Winston.

After being stung by a bee—awakened, perhaps—a young writer in the countryside just north of Paris for the summer, follows a woman he calls The Fruit Thief after he watches her walking down a dirt road and plucking a piece of fruit from a tree. The man takes a train to Paris, negotiates the city terrain and then comes to a small town searching for this Thief; she, too, has set off on a journey. And, really, that’s it. There is “kinda” more: Alexia, the Fruit Thief, escapes the narrator’s vision and walks alone. Outfitted with a bag of necessities for her travels, there is a delivery boy who ditches his scooter to walk with her for a bit. They are astride in silence, but knowingly together. An innkeeper crosses her path, a friend from years ago, and, later, someone looking for a cat. But these are mere intersections, the Fruit Thief mostly travels alone.

Handke, also a playwright, has put “Waiting for Godot” in novel form with the interior of the questions laying in the description of place. Jim Jarmusch’s “Dead Man” (minus Johnny Depp), and “Paterson” are here, too. This is not character-driven. In fact, it’s not driven at all.

Handke’s brilliance lies in finding the extraordinary in the mundane. There is no symbol. There is beauty in description. The plot is the revelatory beauty of the description. It’s like reading a sonnet: The world slows down and is taken in. The words are the novel. And that’s it. And that’s enough. The excavation of Handke’s prose is the delivering piece. When someone says to you, I know what it is but I don’t know how to say it, that’s what Handke is doing in the novel, he is saying it. And we the reader get to see it.

As Handke writes, “Just think of what she had experienced in the three days of her journey into the interior of the country, and how every hour had been dramatic, even if nothing happened…”

The Fruit Thief: or, One-Way Journey into the Interior
By Peter Handke, translated by Krishna Winston
FSG Press, 323 pages, $28