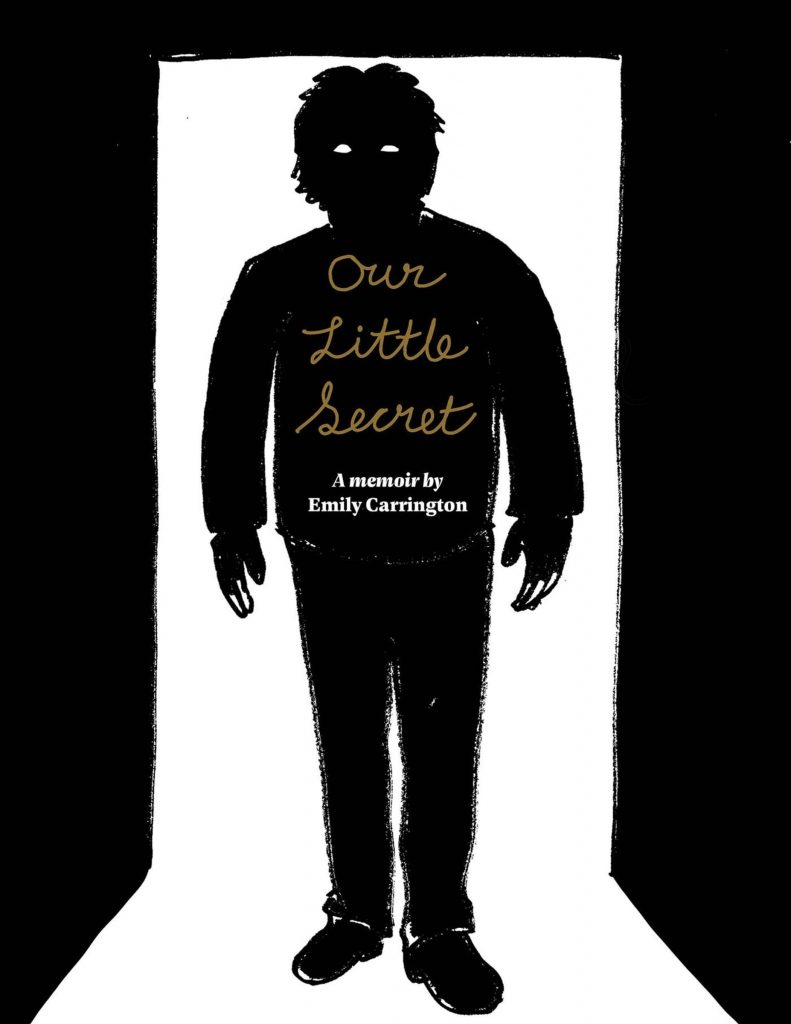 God, I hated this book. Or more accurately, I hated that this book has to exist. That we live in a world where the life of a creative, gentle soul like Emily Carrington can be ruined by the horrors of pedophilia, and then ruined over and over again by a world that does not seem to care, or care enough.

The truth is, I loved the book. Carrington is a terrific storyteller, even if her muse is her deep deep pain. I found myself cheering for her, turning page after page of this graphic memoir hoping that it would get better, that she would get justice or revenge or both.

Carrington was in her late teens, living a rustic life on Prince Edward Island, Canada with her father, her parents having split up, when a much older neighbor, a family acquaintance named Richard, began to rape her repeatedly. The book is her memoir of a life shaped entirely by that unforgivable crime forty years ago. Decades later, having seen her abuser by chance one day, she pursued justice through the legal system. It’s harrowing in another way to see, through her deeply introspective panels, the importance this pursuit has to her chance for closure and to be able to finally start a life arrested before she was old enough to drive, juxtaposed with the nonchalance, the indifference that the system presents toward her.

Carrington draws in a style that is spare and descriptive at the same time, while rendering her pages in a black-and-white that befits the graveness of the subject matter. And her writing deftly blends exposition and introspection in the tradition of the best graphic novelists. (Though few have such serious subjects to confront.) I hope she’s found the catharsis she needs in the making of this book, and that in doing so, she’ll be free to write another book. I really want to see her find happiness.