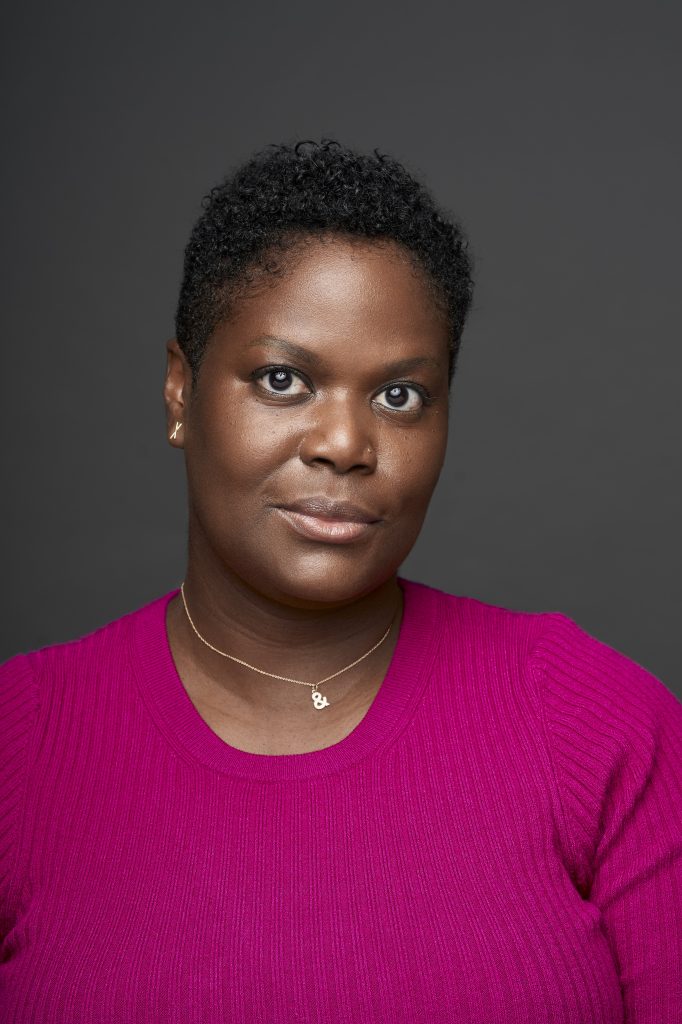 Toya Wolfe was born and raised in the now-demolished Robert Taylor Homes that serve as a setting to her debut novel, “Last Summer on State Street.”

Like the Henry Horner Homes of Kotlowitz’s “There Are No Children Here,” the twenty-eight sixteen-story buildings of the Robert Taylor Homes are gone now, along with their 27,000 residents. One clear message of Wolfe’s novel seems to be an argument against the claim of Kotlowitz’s title: that once, there were children here.

Toya began the conversation talking about her agent’s early request for, among other things, “more moments of joy.” 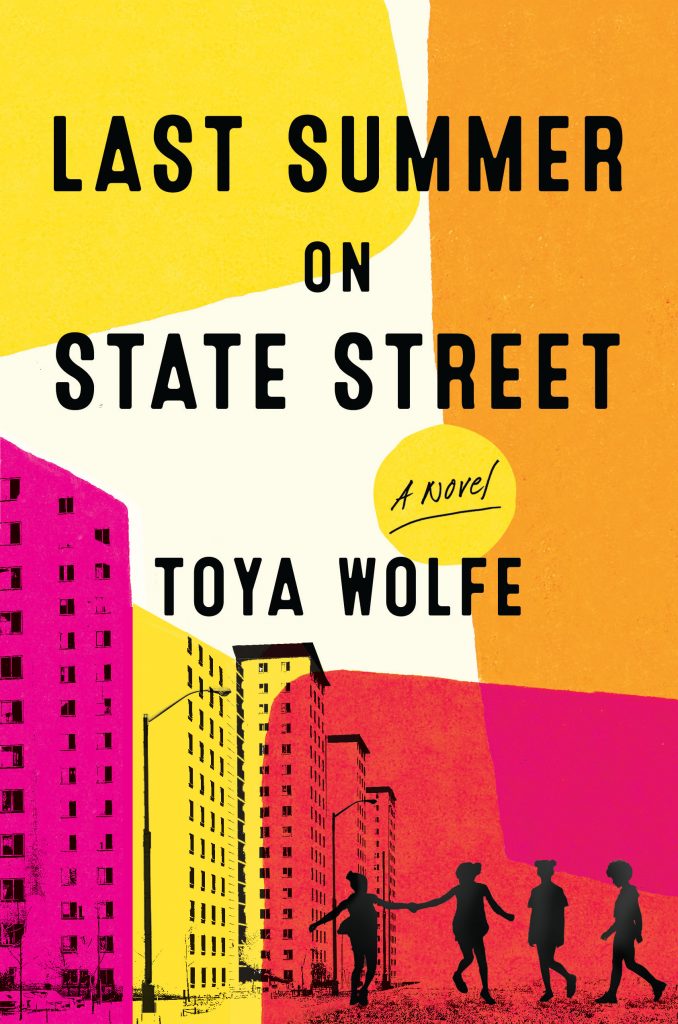 Tell me about the joy you found growing up in the Robert Taylor Homes.

I think people see these housing projects, and they think, “Those poor people; they’re victims. Twenty-four seven. It’s not possible for them to have joy, love, any sort of peace.”

And in the midst of all of this, FeFe has an actual girlhood. So many readers will see that as a little bit of a miracle.

Yes, but there are a lot of miracles happening in these neighborhoods.

Why does the world know so little about miracles here, despite the other books about places like the Robert Taylor Homes?

I think [miracles are] the norm for the people that the miracles are happening to, so we don’t think about screaming it from the mountaintops. We’re just living our lives. But I also think that no one thinks to ask. If a reporter comes to the projects, they’re not going to ask kids if they have fun here. They’re going to report on the guns and the gangs and crack addicts and trash.

When I started this book, I didn’t set out to be the champion, I just—I just grew up. I had a girlhood. And I decided to tell this story because the buildings were coming down, and I was concerned about kids losing their neighborhoods, their schools, their friends. [Imagine] being separated from these institutions when you’re twelve.

And then, on the writing journey, I realized, Holy crap, you’re doing something that not a lot of people have set out to do, which is talk about what it is to be a girl in these neighborhoods in a holistic kind of way.

A lot of the books, fiction and nonfiction, about the lives of people in the projects are about boys. And I think boys get to go be who they want to be. They can learn their lessons and be different people if they want to. But I feel like girls are told from day one, “You sit up straight and you cross your legs. You act like a lady. Don’t be on the streets. We don’t do this; we don’t have casual sex,” and I wanted these girls, from early on, to decide for themselves who they wanted to be.

I feel like some kind of miracle has to happen for someone to grow up with a narrator’s spirit. Tell me about that young narrator in you.

I’ve been writing since I was ten. I won an essay contest, and I had to read it in front of the whole school. And let me tell you. I got up on stage, and it’s the whole school from kindergarten to eighth grade—teachers, staff, and little restless kids talking and kicking each other. [Well,] I could hear a pin drop. Something happened in that moment.

If you’re going to be a storyteller you have to care about people. And FeFe has a wide-reaching understanding of people. She wants to know what’s beyond State Street. She wants to know why Precious has that look on her face, she wants to understand what it’s like for Stacia to live in a house full of gangsters. She ponders and wonders and processes. I was a processor, too. And an observer. And curious. People who want to get out and tell the stories, they’ve been watching for a long time.

So, those are some of the intrinsic narrator’s traits. What were some of the things outside of you that allowed you to be that child?

If you’re able to create this cocoon where your child is allowed to be as goofy as they want and have their nerdy hobbies, and they’re not asking questions about big adult things, and they’re not getting in trouble—if your guardians can find a way to give you that space to be who you want to be, it really is a blessing.

You felt protected growing up?

It makes all the difference. Because if you grow up unprotected, anyone that comes along claiming to care or to look out for you, you’ll believe it wholeheartedly, and that could lead to trouble. But I grew up around family members who told me I was important, I was beautiful; that God loved me, and I could be whatever I wanted. My mom and my grandmother did that for us.

You present some pretty difficult scenes with great care. Is that Toya Wolfe being careful, or is that your narrator being careful?

I want to tell a story even if it’s hard to talk about, but I also want to not just dump a bunch of traumatic stuff on my readers. So I set out to tell the story, and then just kind of check in with myself about how much I really have to tell in order for you to understand what’s happening without gratuitous detail. It’s heavy and dark and violent enough as it is.

FeFe runs into Tonya and Stacia, separately, after they’re victimized in pretty terrible scenes, and FeFe responds by sort of re-inviting them to girlhood.

Yes. This goes back to having a character who pays attention. That scene taught FeFe that “Wait, Stacia’s a bully, but she’s a victim, too. Maybe I’ll invite her to jump rope.”

There’s also that moment Tonya wants to play with the Barbie Doll FeFe discarded years ago. FeFe gives Tonya the doll. And when they’re on the lakefront talking, and FeFe realizes, “Oh, Tonya really would like to stay here and never go back to the buildings.” She understands that Tonya is feeling joy and she wants to give her more.

At one point, FeFe says “The worst part of growing up in public housing is that people think your body is public, too.” Can you talk about that?

I grew up watching cops slam people to the ground. There would be shots, and the cops would feel justified to search. There was something about public housing that sort of signaled that [project residents] didn’t belong to anybody; they weren’t protected, and so you could treat them any kind of way.

What was it like for residents during the days of demolition?

If your building was going down you’d be shifted to another building, maybe another school. Think about what that did to young people. And this is what drives me nuts; even if [the residents] were poor white people, they wouldn’t have been treated like that. And I don’t know if we’re willing to have that conversation yet. But, Oh, Black people get treated like nothing in this country, man. It’s like, “Can you treat me like a person? I am someone to be valued.” We have to stop treating poor people of color like they’re trash that you just have to move out of sight, because you don’t want to look at it.

And because the projects are gone, it’s not so in-everybody’s-face anymore. You used to drive on the Dan Ryan and you couldn’t avoid seeing the Robert Taylor Homes, but now it’s like you just don’t go to Chatham, you just don’t go to Englewood? They’re out of sight. And so I almost wonder if the demolition made things worse. Because now there’s nothing staring at you and saying, “Look at this eyesore. This is who we are as a country. You cool with that?”