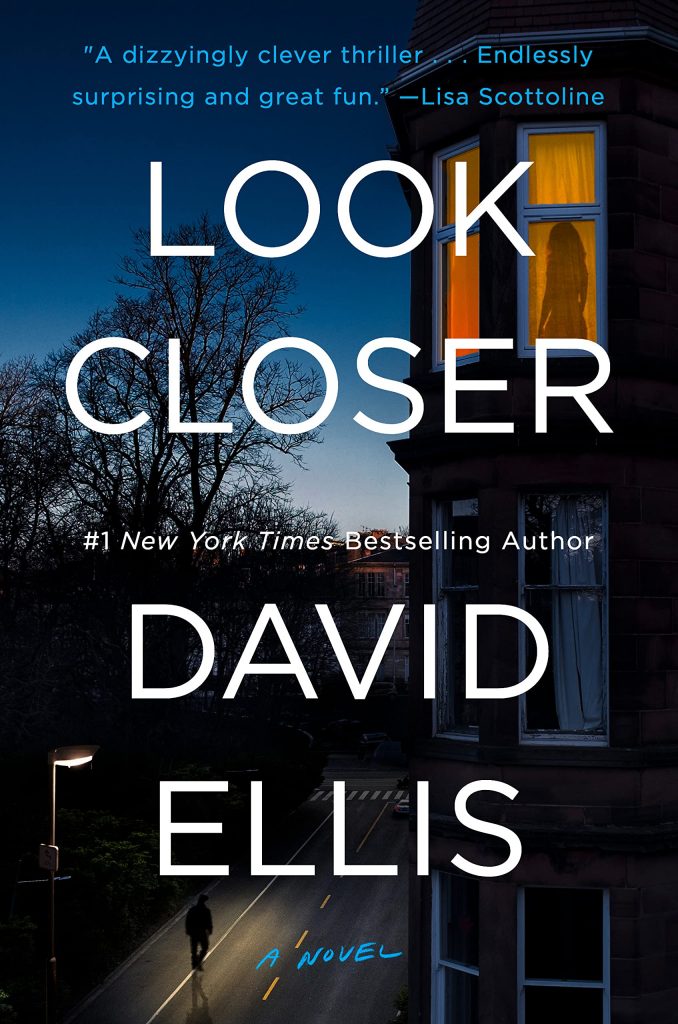 Author David Ellis, known for co-writing legal thrillers with James Patterson, has branched out and penned a nifty domestic thriller, “Look Closer.” Twistier than a bag of pretzels, the book follows a well-to-do Chicago couple whose stable existence is rocked by the discovery of a dead socialite. What follows is well-worn territory, familiar to anyone who has read “Gone Girl” or watched any of the spate of recent HBO and Netflix limited series. Chapters switch between narrators, the narrative jumps before and after a central murder, there’s even a series of suspicious first-person diary entries.

Ellis, who works as a judge in the Cook County court system and who made a name for himself prosecuting Rod Blagojevich, takes familiar ingredients and whips up an enjoyably frothy beach read. The author uses specific Chicago locations in the book, yet chose to fictionalize the key suburbs. Perhaps the author, who lives in the near west suburbs, did not want to upset his neighbors by depicting so much backstabbing in their midst.

In a welcome surprise, the first half of the novel features emotional beats worthy of so-called literary fiction. The characters: a professor, a social worker, a con man and a socialite, are drawn with enough nuance to draw the reader in while Ellis sets up the inevitable monster plot twists. A nitpicker could point out that, like many entries in this genre, the ending is outlandish, but that’s the price of admission. Domestic thrillers need a fake death or three, it’s practically law at this point.

In the case of “Look Closer,” the plot hinges on a possible suicide, a succession of deceptions, ancient grudges, a pair of vengeful yuppies, even a side plot involving a battle for academic tenure. Ellis does an admirable job juggling the balls he sets in motion, even if this reader did become dizzy keeping track of it all.

The welcome moments of true human emotion found in the first half of the book fall by the wayside as the narrative momentum picks up and the chapters become shorter and the action more frenzied. Oh, to have the time management of villains in thrillers! In the time it takes them to frame people for murder and carry on secret second lives, they could train for a triathlon, get a post-graduate degree or learn a new language.