In one of “Crying in the Bathroom”’s twelve essays, author Erika Sanchéz (who appears in our current Lit 50 list), recounts her difficulties living up to her Mexican immigrant parents’ expectations: “I could never keep my mouth shut. I wanted to be understood. I wanted to be seen for who I was […] I’ve always been bad at faking things.”

Though it may not have made for an easy childhood, this unfailing commitment to honesty is exactly what makes Sanchéz such a worthy memoirist. I was struck by the juxtaposition between Sanchéz’s brutal honesty and unapologetic humor. Although the genre of memoir is often associated with frankness, Sanchéz manages to reach new heights. Whether she’s discussing her experiences with depression, colorism, Buddhism, or her hatred for Donald Trump, Sanchéz brings an unfailing openness to both her tone and content, and she is always aware of the readers on the other side. 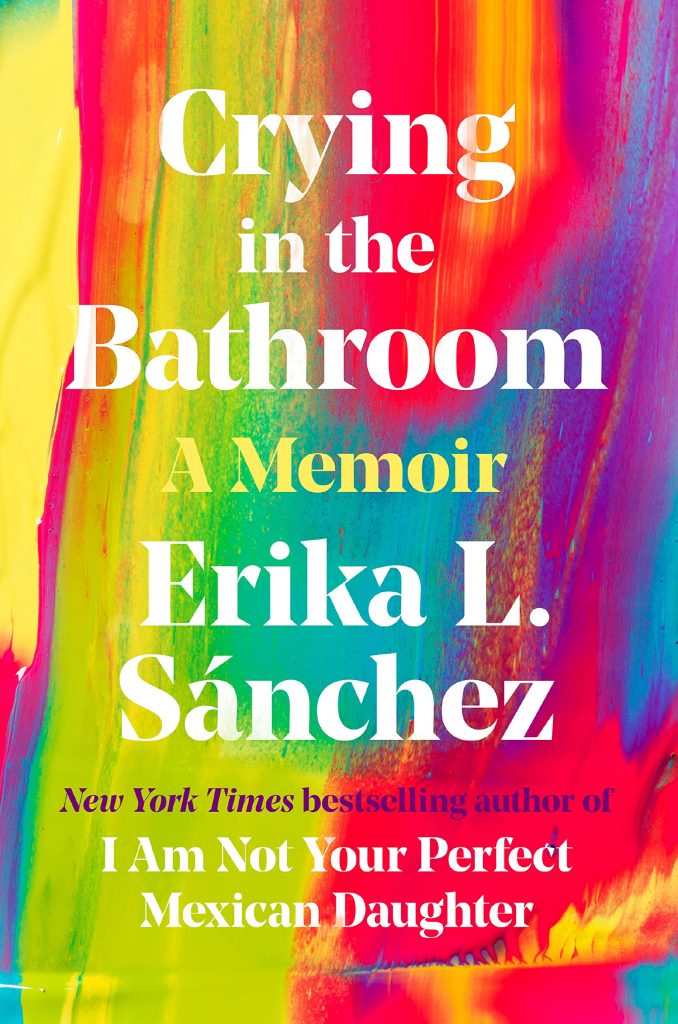 I love all genres, and I wanted to challenge myself to do something totally different. It was a way to force myself to reach a different plane. I never imagined that I would write essays or a memoir, but once I wrote the title essay, I fell in love with writing in that vein. It was freeing to tell the literal truth.

Did you always know that this would be a “memoir in essays” as opposed to a straight memoir or a collection of essays?

I set out to write a collection of essays, but that evolved into a memoir in essays, which I honestly didn’t know was a thing. I really liked that categorization because my approach to writing about my life was untraditional. It was a great way to encapsulate the whole project. Each essay is complete, and they form a narrative arc. That was very satisfying to pull off. 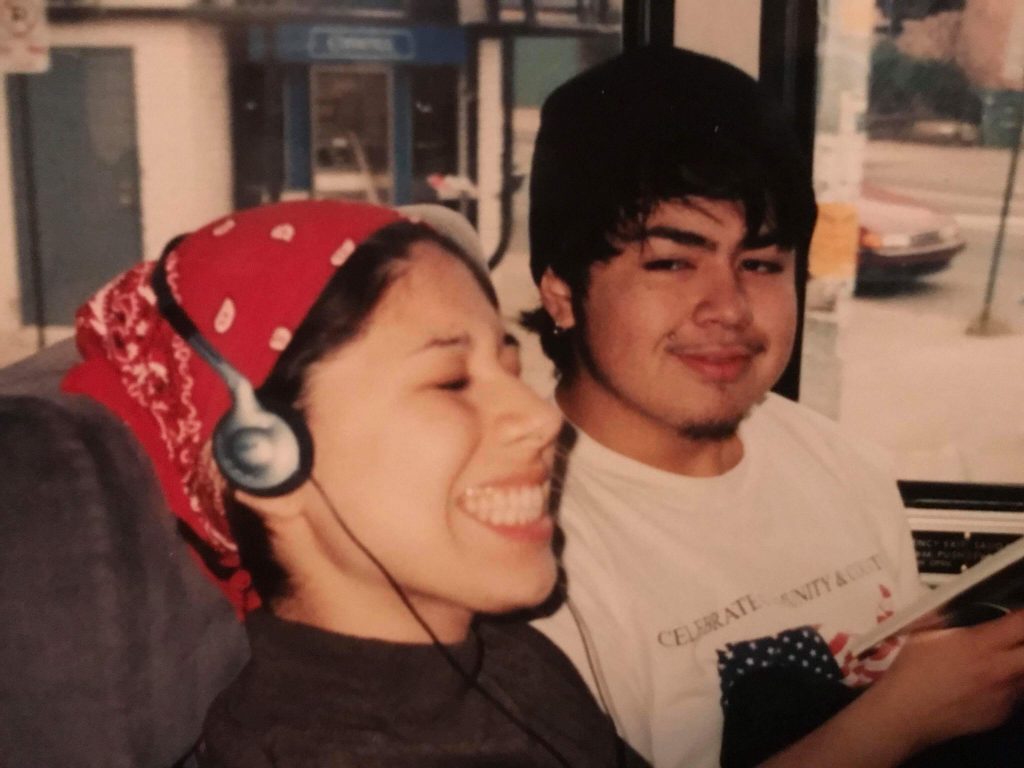 Erika Sanchéz and friend/ courtesy of the author

Mental health is a recurring theme in your works, and you’ve talked before about the mental health stigma in the Latinx community. Still, I imagine that it was very different to write about this from a personal perspective, compared to through the lens of Julia, your protagonist in “I Am Not Your Perfect Mexican Daughter.”

Mental illness is something I’ve dealt with for a long time, and I’ve always coped with it by writing about it. Writing “I Am Not Your Perfect Mexican Daughter” was very cathartic. I worked through a lot of trauma from my teenage years. Writing “Crying in the Bathroom” was much different because I wrote about living with mental illness as an adult. I had to dig very deep in order to truly convey what this experience has been like. I unlocked other traumas I didn’t even know I had. I think it’s important that people understand that mental illness is real and very excruciating at times.

Even though your essays explore some dark places, including suicide, there’s still humor throughout. What connection do you see between humor and writing about more difficult topics?

I cope with humor. I began to do this quite young because I didn’t know how else to survive. Laughter was a break from my depression. I think I began to understand the absurdity of the human condition at an early age. I was also influenced by many of the comedians I loved throughout my life: Richard Pryor, George Carlin, Janeane Garofalo, Chris Farley, Molly Shannon and many others. I loved how comedians were able to take something painful and turn it into art that brings joy. My husband was a comedian for a long time, and we are always joking about racism because it’s too much to bear if we don’t.

“Crying in the Bathroom” could be classified as belonging to “the confessional writing” genre, one which is sometimes dismissed, but which, I think, is inherently political. I’m thinking particularly of your discussion of reproductive health and your own abortion, something that was equally important when you were writing it but which hits differently now.

I have been really influenced by Mary Karr, Gloria Anzaldúa, Joan Didion, and Sandra Cisneros, among others. These women taught me how to be fearless in my prose, to go to uncomfortable places in order to heal.

I felt that writing about my abortion was critical because it’s a personal issue that has been politicized. There are so many women like me. I want people to see what it actually looks like when someone gets an abortion. It’s not theoretical. The reversal of Roe v. Wade will devastate millions of women, and I’m terrified.

You’re a lifelong Chicagoan. What is your favorite thing about Chicago’s literary community?

Chicago’s literary community has shown me so much love, and for that, I’m forever grateful. There are so many amazing people here who insist on making literature an integral part of our city. I love Women and Children First, the Chicago Public Library, 826CHI, 57th Street Books, The Guild, and a bunch of other places and organizations I’m probably forgetting at the moment.