For this year’s list, we kept our overall ranking numbers but organized everything by category.

Here are Chicago’s Booksellers and Allies. 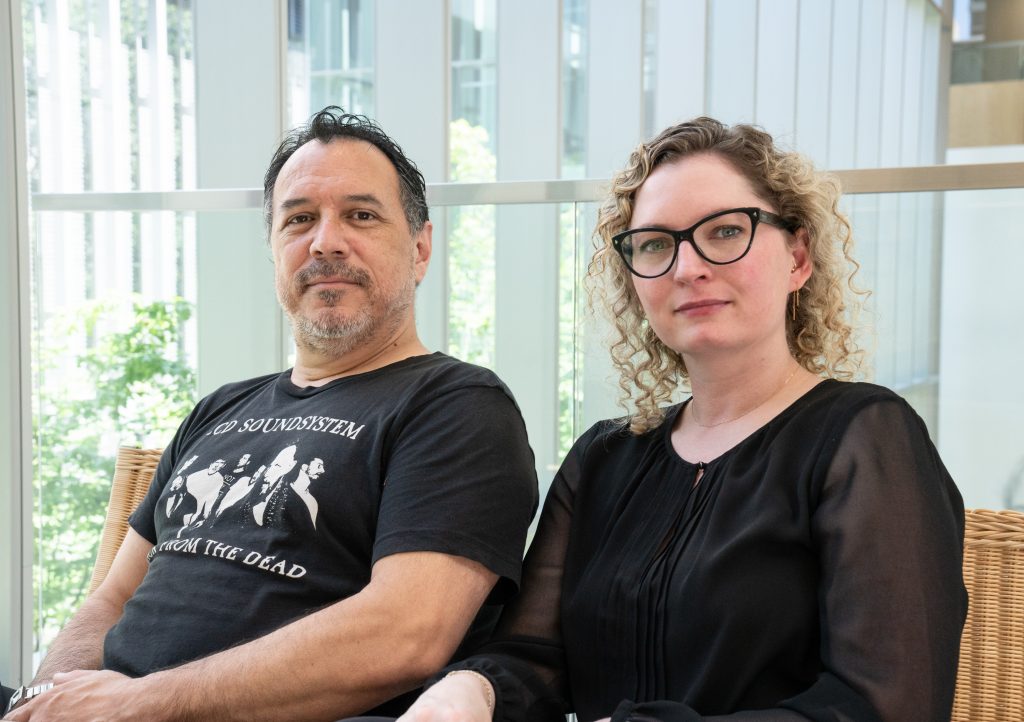 Javier Ramirez was already a longtime veteran of bookselling in Chicago—”I think the easiest thing to do is name which ones he hasn’t worked at,” Gilbert says—when he met Kristin Gilbert, who teaches criminal justice at Elmhurst University, and the two were soon in business together with Exile in Bookville in the Fine Arts Building. With a name evocative of Liz Phair’s iconic recorded-in-Chicago album, they do sell vinyl in the store but their strong suit is the backlist (versus new titles) of small press and translated works. Ramirez has long been known for book events, and look for them to be a big part of the store’s future, as the Fine Arts Building affords options for events of different sizes, given its theater and performance space. (Ling Ma will have the first event at the store, for her upcoming story collection, Ramirez says.) Ramirez, who programmed Printers Row Lit Fest in 2021, is one of the judges of the inaugural North American edition of the Republic of Consciousness Prize—a small-press prize that started in the UK. The duo, who are the only employees of the store so far, are euphoric about their building—”It’s just a bad-ass building,” Gilbert says. “I like being there all the time,” Ramirez says. “I love that store. I wouldn’t want to be anywhere else.” 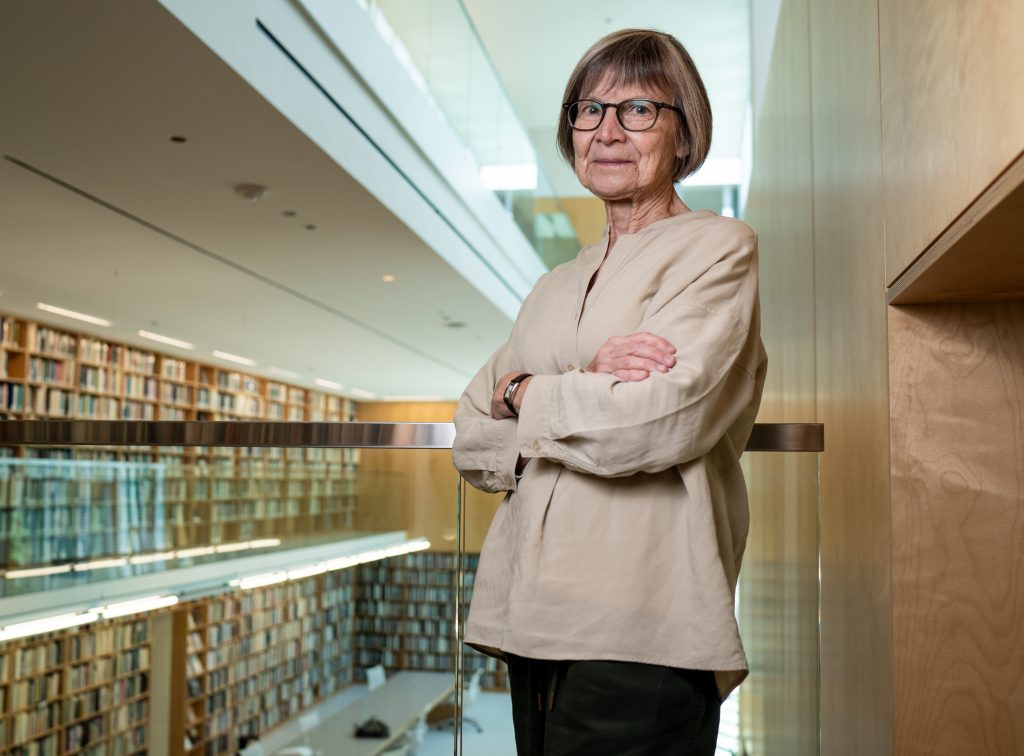 When you think about books in Printers Row, the annual literary fest on Dearborn Street might be the first thing to come to mind. But the literary heart of the South Loop is Sandmeyer’s Bookstore, a quiet but mighty independent that’s operated in the same space by its founders since its inception forty years ago, in May 1982. Ulrich and Ellen Sandmeyer were librarians—he at the Chicago Public Library’s Galewood-Mont Clare Branch and she a law librarian at DePaul—who dreamt of running their own bookshop and set their sights on then-frontier Printers Row. “At that time Printers Row was… not much there, just the first few buildings had started doing loft conversions,” Ellen recalls, “but Ulrich had a vision that this would become a great neighborhood and it did.” Over the years, Sandmeyer’s has been the retail anchor of the neighborhood, building a well-deserved reputation as a place where the owners are passionate readers who hand-sell books to their customers with care and insight. Ulrich passed away four years ago and Ellen carries on—”I really would have not thought I could do it on my own,” she says, “but I have with everybody’s help.” The store remains as strong as any, having its best year ever last year, Ellen says, crediting the diversity of books and its reflection of a diverse neighborhood. 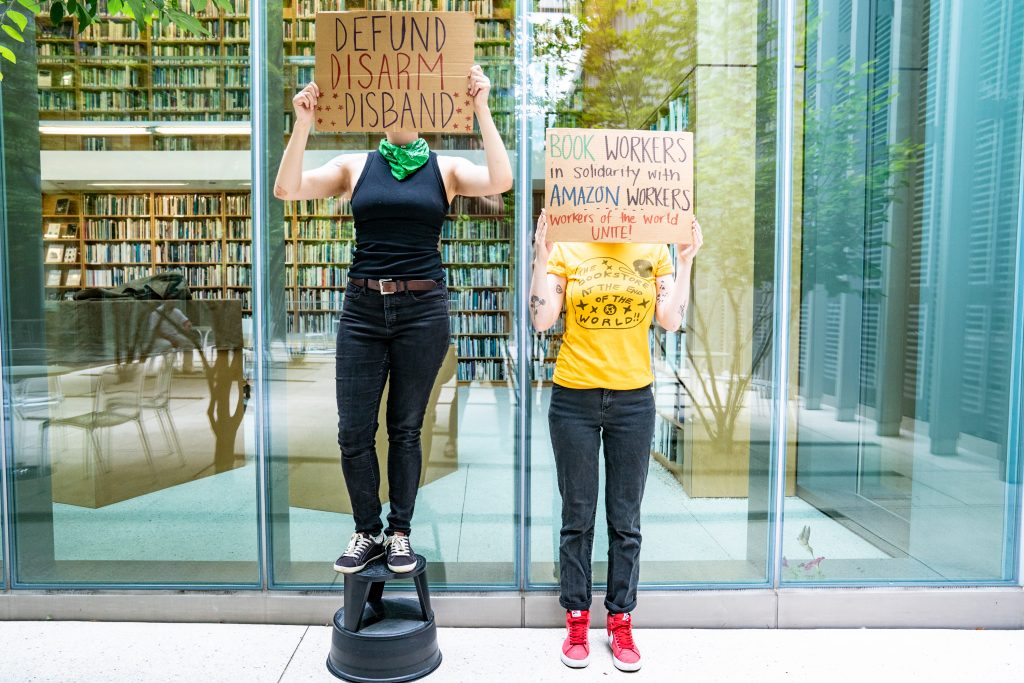 The worker-owners of Pilsen Community Books are police and prison abolitionists committed to the work of intersectional feminist organizing. With forty years in bookselling and publishing, Mandy Medley and Katharine Solheim come together for the love of literature even though their personal politics differ (one is a socialist, the other an anarchist). Both owners organize around abortion access with Chicago For Abortion Rights and the Chicago Community Jail Support. The store runs a bimonthly subscription program, with writing and programming discussing the Indigenous-led fight against the proposed expansion of the Line 3 tar sands pipeline, the Palestinian liberation movement and antifascist organizing, and other topics. They are a community-centric space with collaborations and programs to make sure books make it to the youth in Pilsen, as well as incarcerated young people. As worker-owners, work ranges from frontline bookselling to accounting to events coordinating to inventory, with the store and sales being the only source of funding. In May 2021, Pilsen Community Books declared themselves a “police-free” store.

Together, Ed Devereaux, Patrick Garnett and Shane Khosropour have made Lakeview’s Unabridged Bookstore into one of Chicago’s most loved independent bookstores. Devereaux founded Unabridged Bookstore in November 1980, envisioning it as an LGBTQ bookstore with a large general section and Garnett, Devereaux’s longtime romantic partner, has helped bring this vision to fruition. Khosropour started working at the store in 2006 and now runs daily operations as manager and frontlist book buyer. Unabridged Bookstore has expanded to two more storefronts, and over the past five years, has made an effort to be more active politically and within the Chicago community, increasing their book clubs and giving monthly to local charities. 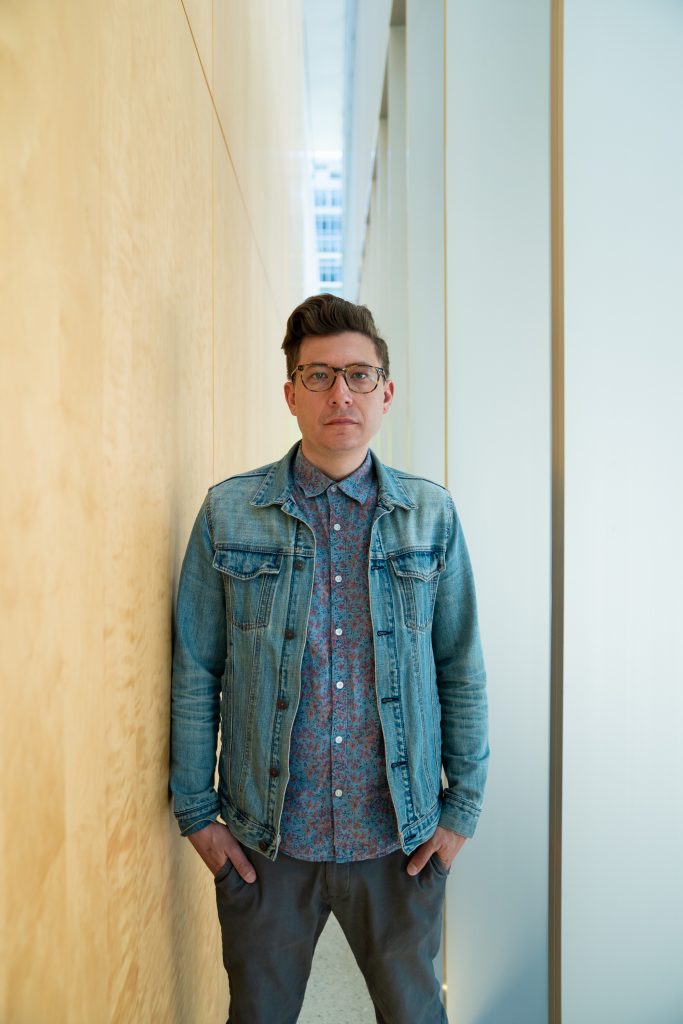 Independent booksellers lend vitality to healthy literary communities. GLIBA’s mission is to provide booksellers with the kind of mentoring and education that will help them flourish. Larry Law’s degree in web design proved useful as GLIBA creatively adapted to the contingencies of the pandemic. The association turned its annual three-day trade show into a virtual event that extended across six months, and has continued to develop ways for booksellers to network and exchange ideas and experiences online. Despite the challenges of running independent bookstores, GLIBA’s membership has boomed. “Last year alone we had fifty new stores join,” Law says. “Right now, the future of bookselling is being born in Chicago and the Midwest.” 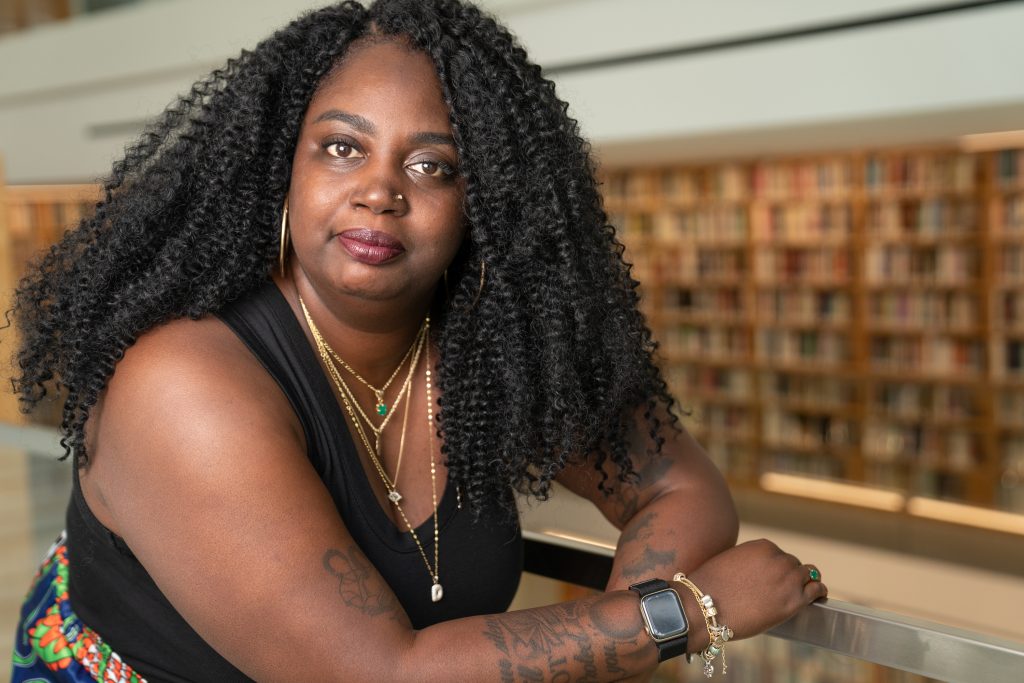 Danielle Mullen did not plan to open a bookstore and it shows in the fresh approach she’s bringing to a field steeped in tradition. She was traveling and working as an art curator for the likes of LACMA when she was diagnosed with ocular melanoma about three-and-a-half years ago and had to give up her travel and curating. “Semicolon came about when I found a random retail space,” she says. “I had no plans, but I had a lease in twelve hours. And so I had to make something of it. I just wanted something to do to get out of the house that didn’t feel stressful. And books do not stress me out.” Ninety percent of the store’s titles are by people of color, she says, and the store’s gallery features “artists who typically can’t get picked up by museums or more normal galleries. Typically those artists are artists of color.” In line with her agenda to bridge the gap between literacy and accessibility, she says they figured out that “what we had to do was make reading cool” which led to partnerships with the Bulls, White Sox and Tommy Hilfiger, not to mention an appearance on the Ellen Show. Through their nonprofit arm, Parentheses, they’ve already given away more than a million dollars in free books to Chicago students, she says. Something must be working, as Mullen is raising funds to expand to other cities. But don’t be surprised when you visit. “It is not a normal bookstore,” she says. “There are typically dogs barking and there are kids running around; and that is a point for POCs who come from larger-family households, you’re used to a space that’s moving about a lot. And so for us it feels completely normal. But for people who love more quiet bookstores, we are not.” 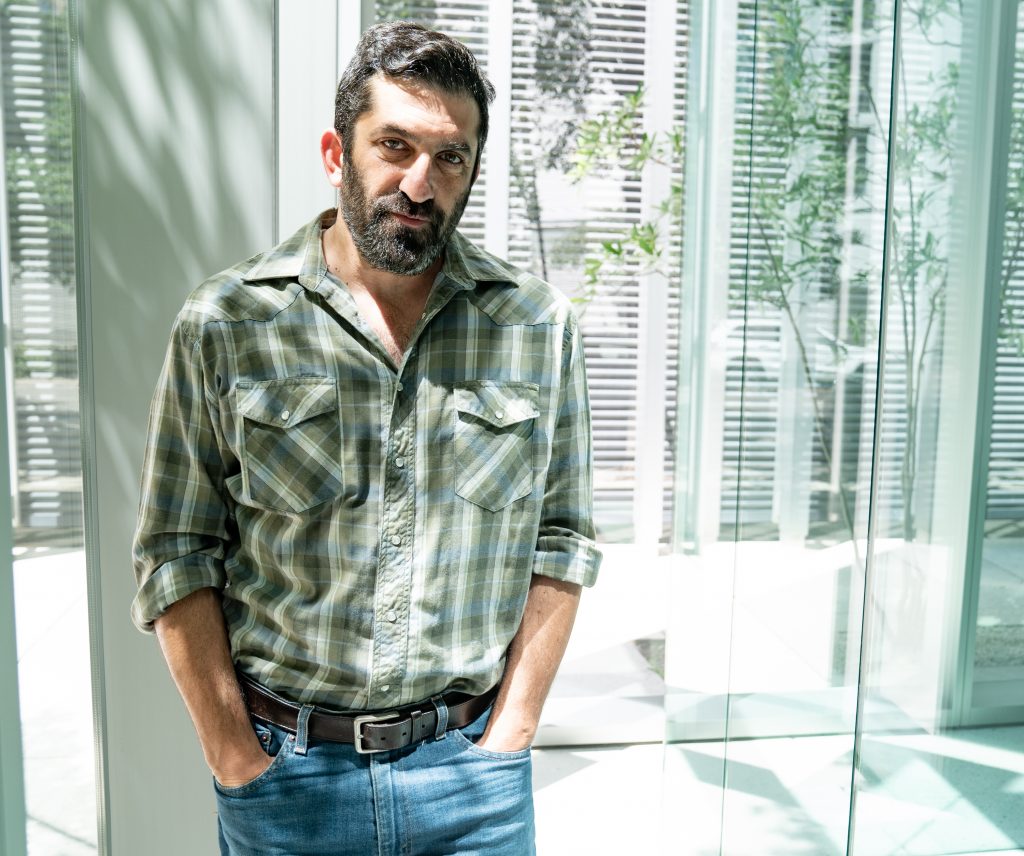 It’s been a big year for Jeff Deutsch, with the publication and book tour for his manifesto, “In Praise of Good Bookstores,” which quickly became a favorite of indie bookstores around the world. Deutsch’s leadership of the Co-op, especially its conversion from a cooperative into a nonprofit in 2019, has been so transformative that it’s easy to forget he’s only been here eight years since leaving the Stanford bookstore to take over for the Co-op’s legendary director Jack Cella, who retired after forty years at the helm. And Deutsch still brings just-getting-started energy to his role, with a podcast numbering over a hundred episodes and with plans to launch not one, but two publishing imprints next year. Seminary Co-op Offsets, in conjunction with Northwestern University Press, will launch with the out-of-print South Side masterpiece, Leon Forrest’s “Divine Days.” The other imprint is Ode Books, in conjunction with Prickly Paradigm Press (founded by the late Marshall Sahlins), which will publish “celebrations,” with the first three from Paul Yamazaki, the legendary bookseller from San Francisco’s City Lights, Chicago book writer extraordinaire Donna Seaman and beloved philanthropist Sunny Fischer. Deutsch, who also plans to raise a $10 million endowment for the Co-op, recently joined the American Booksellers Association Board where he hopes to “shift some of the national conversation about what it is that bookstores in the twenty-first century do, understanding that no reader needs a bookstore to buy books in the twenty-first century, and that bookstores are still a critical space for public discourse and for private rumination.”

The Hall of Fame: Booksellers and Allies

These folks, or the roles they inhabit, are so well-established and foundational to the literary world of Chicago that they are always near the top of the list.
*= new this year