For this year’s list, we kept our overall ranking numbers but organized everything by category.

Here are Chicago’s Institutions and Programmers. 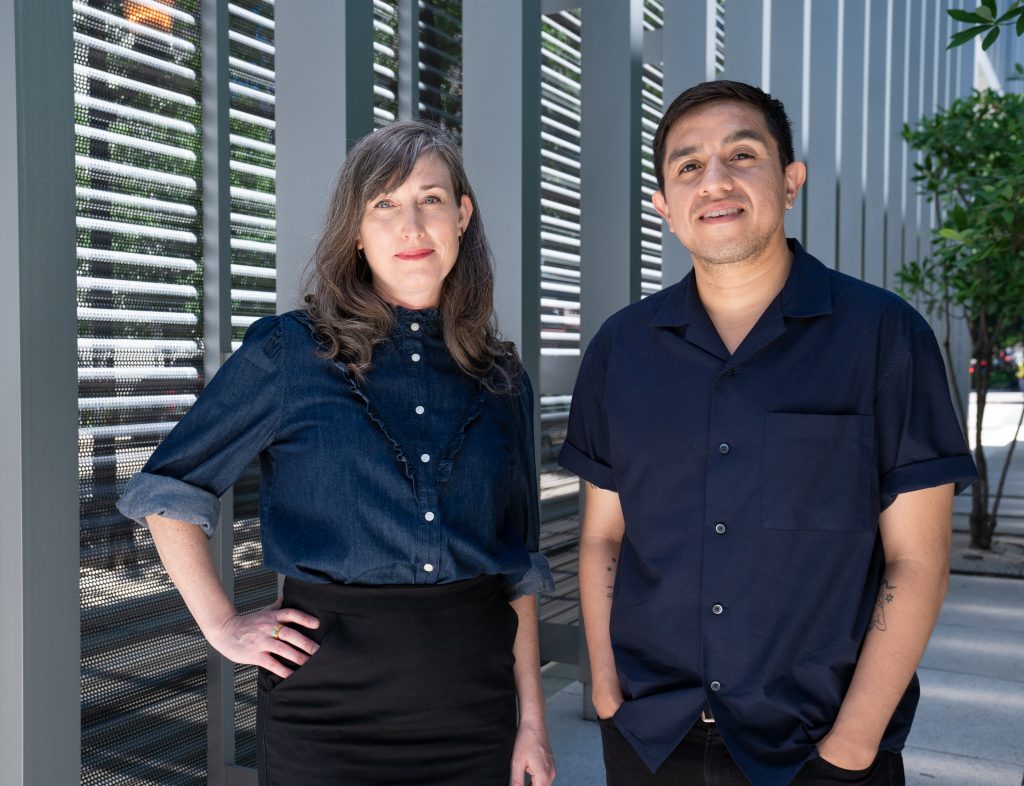 Sarah Dodson is a founder of the nonprofit MAKE Literary Productions, which got its start as MAKE Magazine back in 2004. The organization publishes the now-online magazine featuring literature, visual art and design across cultures and languages and produces literary and artistic events. The largest is the innovative, cross-cultural Lit & Luz Festival of Language, Literature and Art, which takes place in two parts, each in a different location—Chicago and Mexico City. Miguel Jimenez is the Literary Arts Director for the festival and also arranges and moderates programs and builds relationships with bookstores. He started the bilingual book club in 2018 as a way to introduce Chicago audiences to Mexican authors participating in the festival. 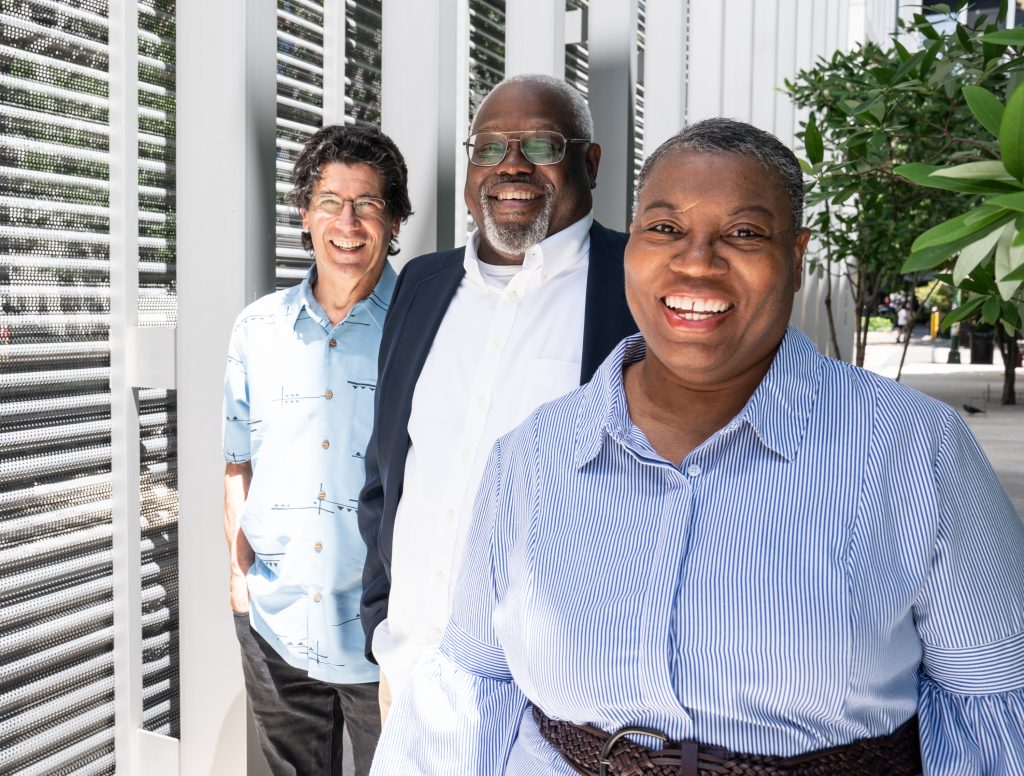 Poet and writer Andrea Change says that Chicago arts is experiencing a third renaissance. The art is cooler, better funded, genres are fluid and the definitions of media are changing. The city has realized that arts and entertainment brings in tourism, and for the arts to do what it needs to do, the city must invest. Change, executive director of the Guild Literary Complex, has been in the nonprofit world her entire career as a manager and administrator. “As a woman of color, it almost feels like it is my duty to raise other voices, so what brings me joy is when I am able to pass on knowledge, resources and build opportunities.” Author of “Central Air,” Mike Puican has been involved with the Guild since the early nineties and was a previous board president. Eric Charles May, an associate professor at Columbia College Chicago, is the author of the novel “Bedrock Faith,” the 2021 One Book, One Chicago selection of the Chicago Public Library; May is the current board president. Puican describes the GLC as a grassroots collective that has been a place for “cross-cultural dialogue, expression through literary media and… wherever there is an imbalance in what is being highlighted by the mainstream.” Five years ago, Puican started teaching poetry and creative writing workshops with the Metropolitan Correctional Center and St. Leonard’s Halfway House to incarcerated people who are reentering society. Programs like Press Room and Exhibit B, a reading series that Change says “turns the idea of what a reading series could be on its head” are expanding. The common denominator? The fact that the Guild’s work thrives in the grassroots. 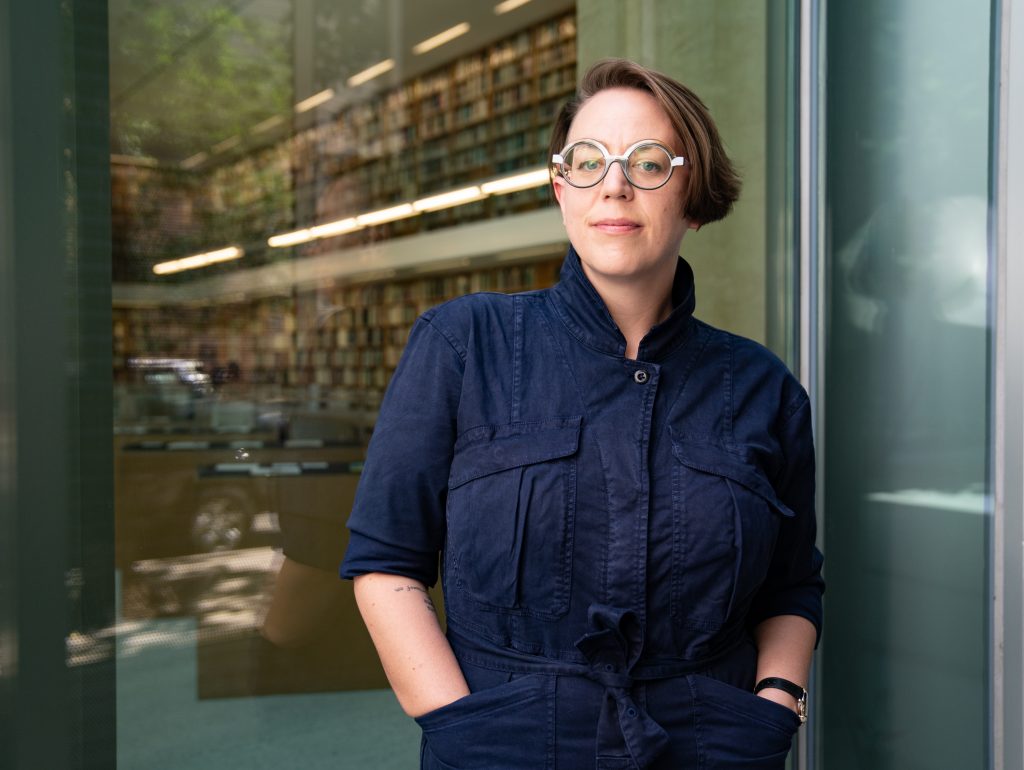 The Poetry Center of Chicago has grown in staff, in programs and in their reading series—and is now partnering on a generative writing workshop with Haymarket House. As writer, editor and executive director of the Poetry Center of Chicago, Elizabeth Metzger Sampson is building equity at the ground level and at the financial level. She wants to make poets more visible and create jobs: “We are just making sure that poets are getting paid as much as humanly possible!” In early 2020, patterns of funding were changing, teaching-artist jobs were disappearing, and students were stuck at home without a place to connect or express. It was imperative to pivot programming so that jobs were safe, students had access and the organization didn’t fall apart. That pivot led to more access, to more visibility to more funding. Two new programs emerged. “Critical Conversations @ Work” is a toolkit to augment difficult conversations, like antiracism, sexism and ableism with lesson plans based around poetry. “Queen Zee’s Poetic Adventures” is a five-episode video lesson series, for second-through-fifth graders in CPS. “Everything we develop, I want to make sure it has our values in each piece of what it does: it needs to pay more poets, it needs to be supportive of poets, and as an antiracist organization, we want to support that value.” 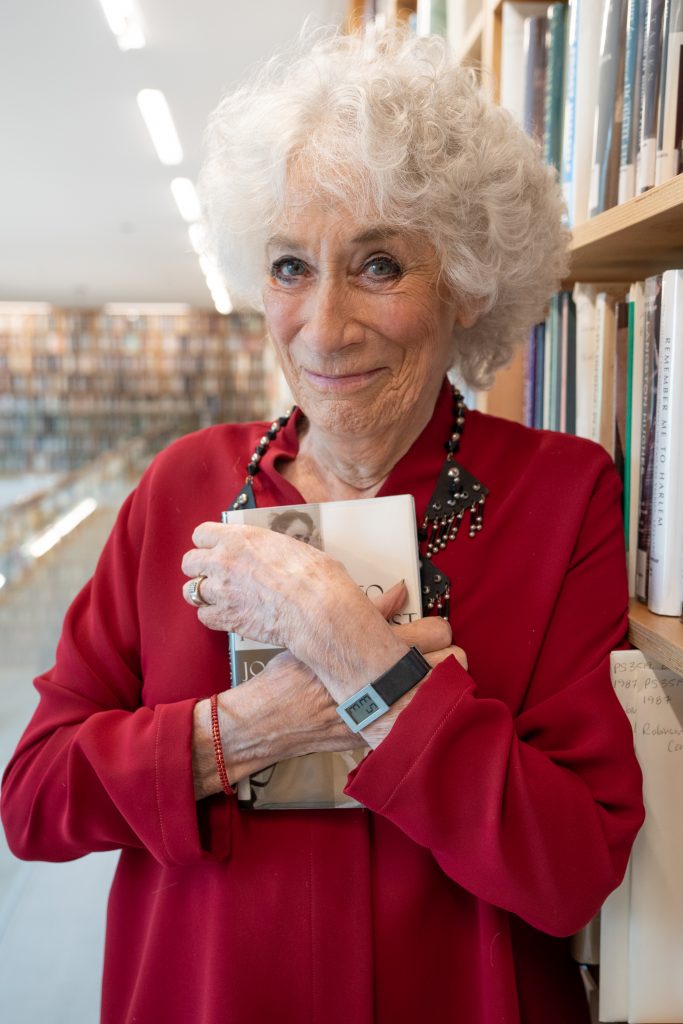 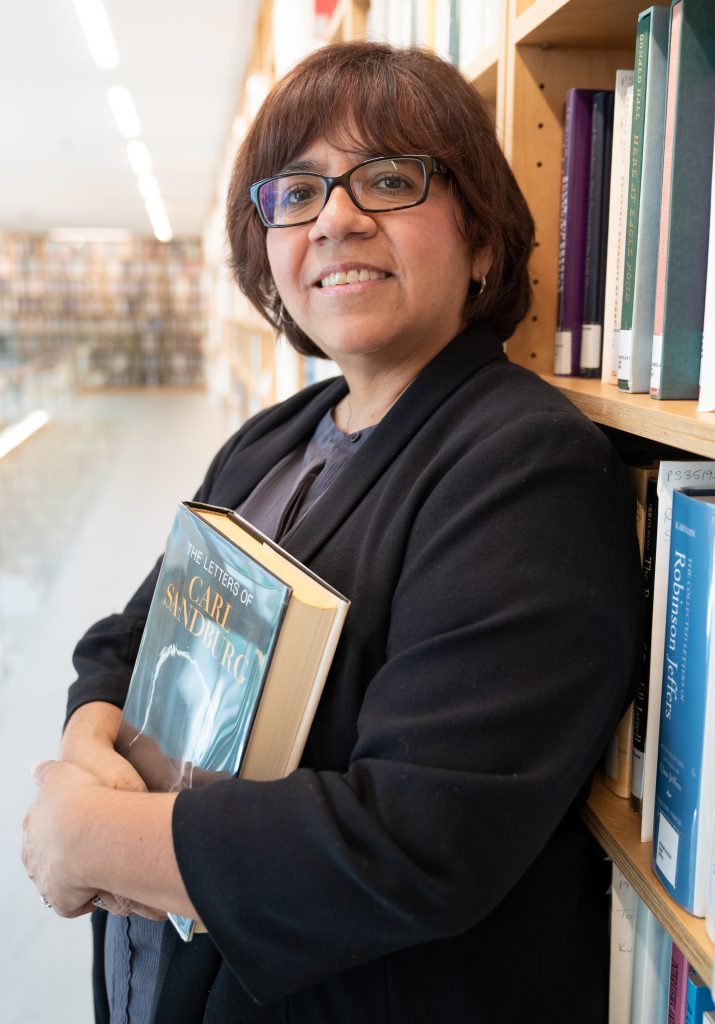 Bette Cerf Hill founded Printers Row Lit Fest back in 1985 and functions these days as an ambassador and fundraiser for the event, while Bonnie Sanchez-Carlson, the president of the festival’s home base at the Near South Planning Board, oversees the operations. This year’s Lit Fest, its second in September after decades of being synonymous with June, presents a chance for the festival to exhibit stability after a few crazy years, starting in 2019 when the Chicago Tribune, which had acquired the fair from the planning board in 2002, told Bette and Bonnie that they weren’t going to do it anymore. “I think they assumed we would not carry it on,” Hill says. “They just flopped it back. And we managed to have a fair that year, which was pretty amazing, considering.” Then the pandemic led to the cancellation of 2020’s event and then the pushback to September in 2021. Now, Hill is enthusiastic about the growing list of institutional supporters, led by Wintrust and the McCormick Trust. Sanchez echoes bright prospects for the future, but for now is focused on this year’s fest and the goal of a hundred vendors and eighty-to-a-hundred authors doing events. In addition, the NSPB produces the Harold Washington Literary Award each year, timed to coincide with Lit Fest (Newcity co-publisher Brian Hieggelke is on the award’s selection committee) and its principal beneficiary, Authors in the Schools, which brings together published writers and public school students to encourage reading and writing skills. 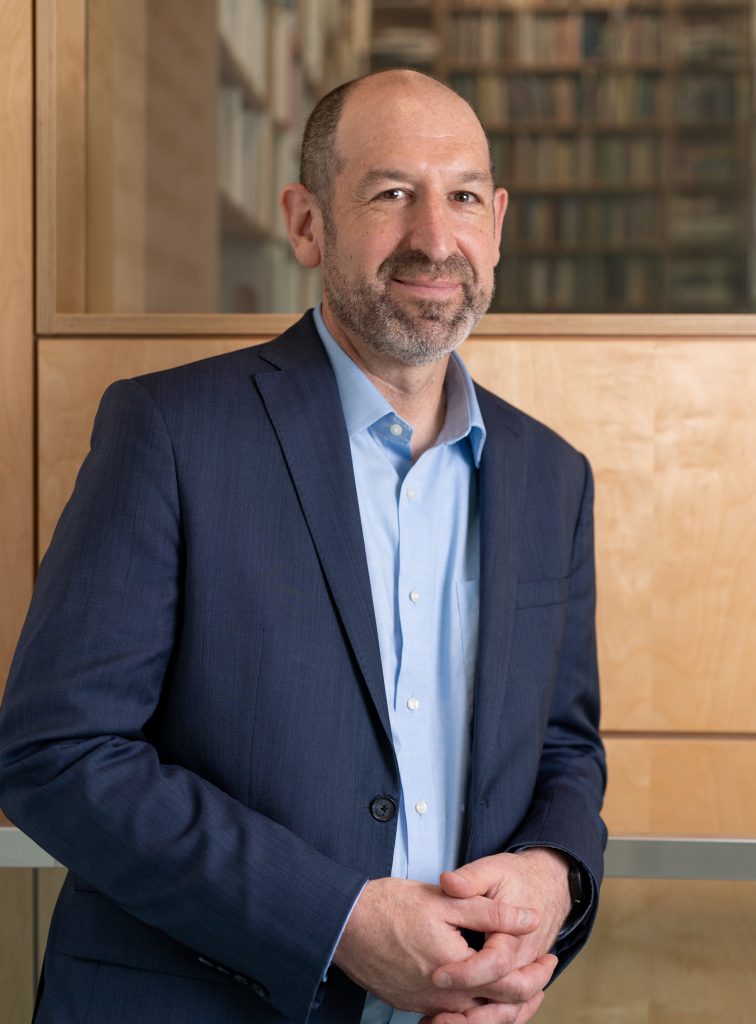 Prior to taking his job at the Newberry in 2019, Daniel Greene served as exhibitions curator and historian at the United States Holocaust Memorial Museum, and from 2008 to 2014, worked as director of the Scholl Center for American History and Culture and then as vice president for Research and Academic Programs at the Newberry. Greene is dedicated to finding new ways to reach scholars and diverse populations of the public. His most recent publication is “Americans and the Holocaust: A Reader,” based on an exhibition he curated at the Holocaust Memorial Museum. 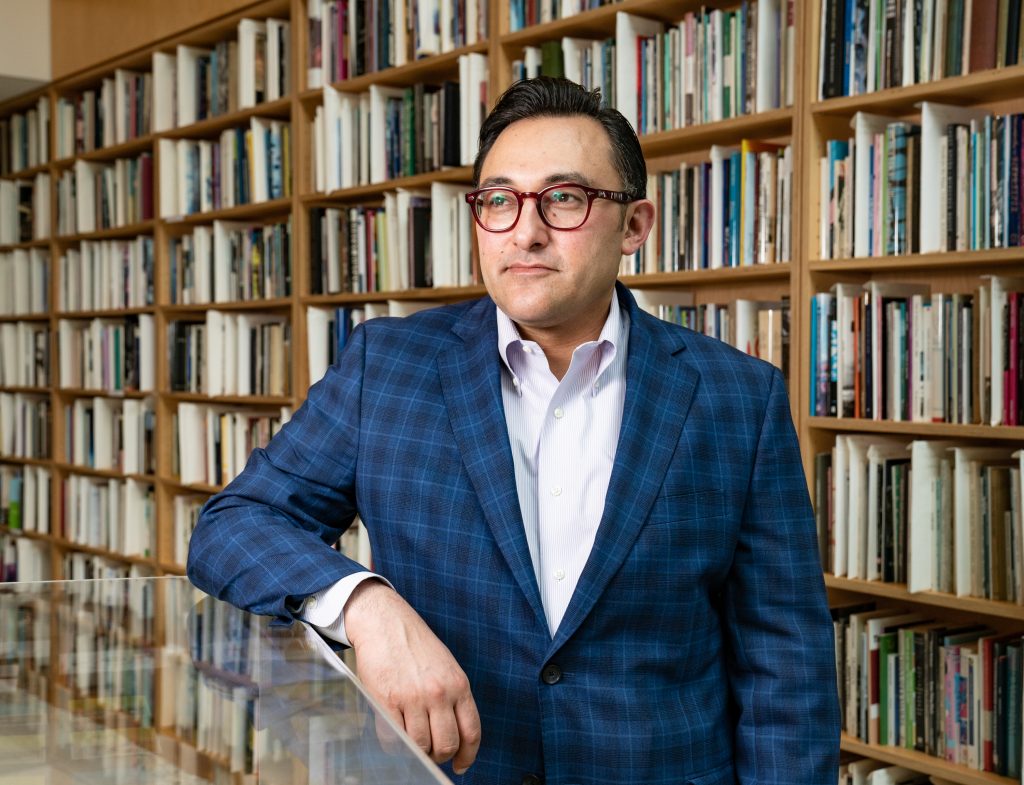 After working in libraries in his native California—most recently as the deputy at Santa Clara County Library District in Silicon Valley—Chris Brown, the child of a Filipino mother and a Jewish father, was recruited by Mayor Lori Lightfoot to take on the top library job in Chicago where he oversees eighty-one locations and more than 1,000 employees, four million visits and twelve million checkouts each year. “I really see us as an equity driver,” he says. “The city is looking at, how do we revitalize neighborhoods? How do we take care of Chicago beyond the Loop and downtown? Our libraries, which have a footprint in pretty much every neighborhood in Chicago, end up being this platform, whether it’s for city departments or CBOs [community-based organizations] or nonprofits to get resources into the neighborhood level. So we work with Greater Chicago Food Depository to get summer meals and afterschool snacks in the neighborhood branches. We work with the Department of Public Health to bring services to a neighborhood, whether it’s Narcan access for those dealing with the opioid crisis…” As part of its role as a primary driver in the city’s equity focus, the library has expanded service to seven days a week and ended late fees. “Through increased opportunity,” Brown says, “we help build a less-segregated city as the largest provider of free broadband and free early literacy programming.” Future initiatives include the Obama Presidential Center library branch. “We’re looking at a project in Woodlawn,” Brown adds, “that’s our Coleman branch, where we’re exploring co-locating that library with POA—preservation of affordable housing—and a CTA stop.” So what sets Chicago apart from other libraries Brown’s worked at? “Coming to Chicago,” he says, “something that really stands out to me is just how beloved our libraries are on a neighborhood level.”

Phillip Bahar stepped into his role at the Chicago Humanities Festival in 2013, eager to help promote robust civic conversations around issues and ideas of perennial concern to the humanities. The pandemic has lent urgency to that mission. “A time of crisis is the moment to step back and reflect,” says Bahar, “in order to understand where you might be tomorrow.” He adds, “It really does come down to the human condition, and how we’re engaging with each other in the world.” In pulling together its programing, the CHF taps into funds of knowledge found throughout Chicago’s diverse neighborhoods and community networks. The theme of the 2022 Festival is “Public.” Coming out of pandemic isolation, Bahar reflects, “We’ve all realized how much we crave to be with others.” 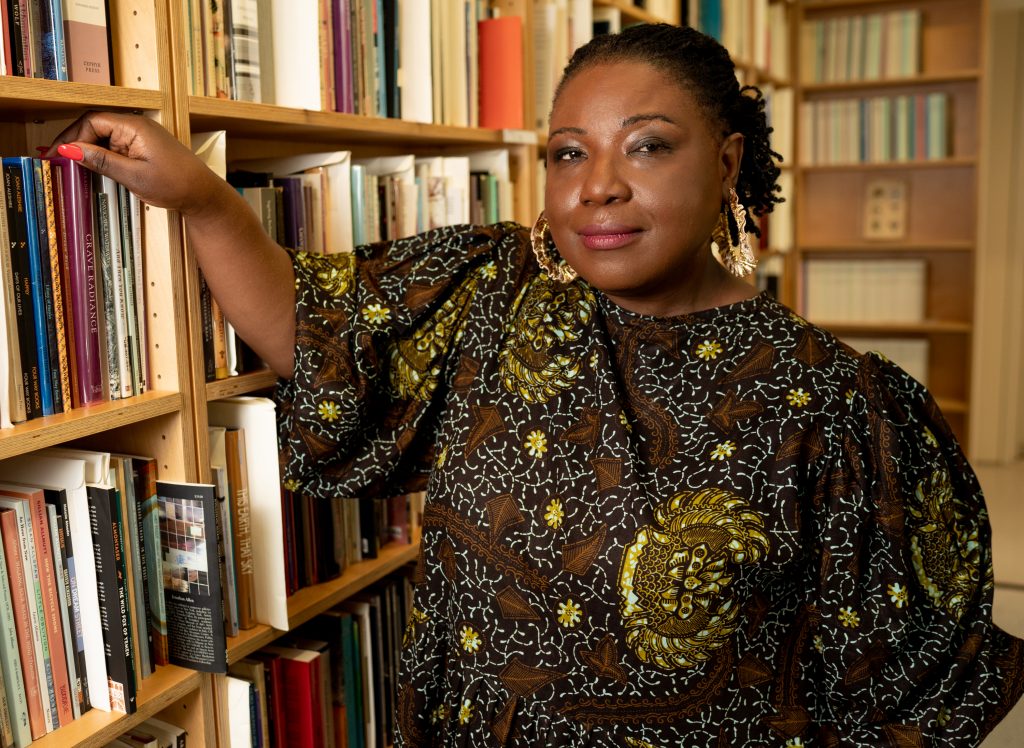 Before joining the ALA as executive director in 2020, Tracie Hall had career stops at major metropolitan libraries on both coasts, as well as the Chicago Department of Cultural Affairs and the Joyce Foundation. She remains steadfastly committed to a belief in the power of literacy and the social justice role of libraries. “The right to read and the ability to read are revolutionary acts,” she says. Protecting access to ideas is critical. “Most of the books that are being censored at this time really uplift the voices and lived experiences of BIPOC individuals and individuals who identify as LGBTQIA,” Hall reflects, “this is a moment when the voices of writers, writers as truth tellers, is being suppressed.” Such a moment “requires all of us to be courageous.” 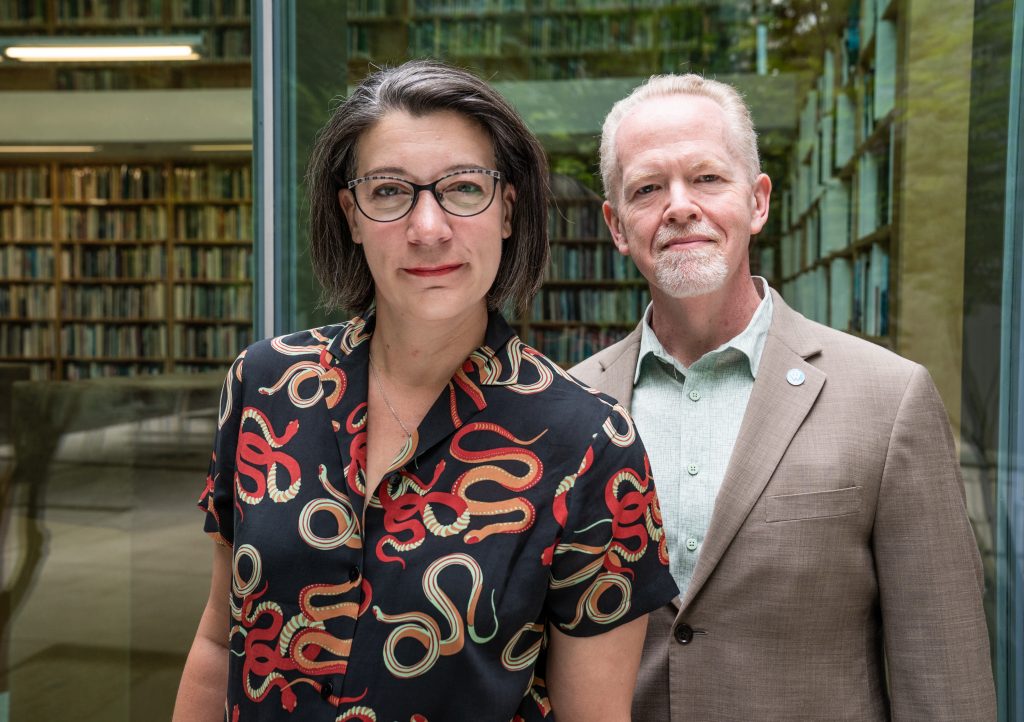 Opened in 2017, the American Writers Museum has quickly become an integral piece of Chicago’s cultural fabric. Two pandemic-related closures forced the AWM to expand its online education and public programming work, an effort, notes Allison Sansone, that was “incredibly collaborative.” In marking its fifth anniversary this past May, the AWM held its first American Writers Festival, featuring a diverse array of over seventy writers, playwrights and poets. The goal, says Carey Cranston, is to make the festival “reflective of the very broad representation of American writing.” “We wanted to do more than just the ‘book tour’ programs,” Sansone says, “We wanted to drill down into what motivates these writers, why they chose the topics they did, how they wrote about them, and how they focus on their craft.” 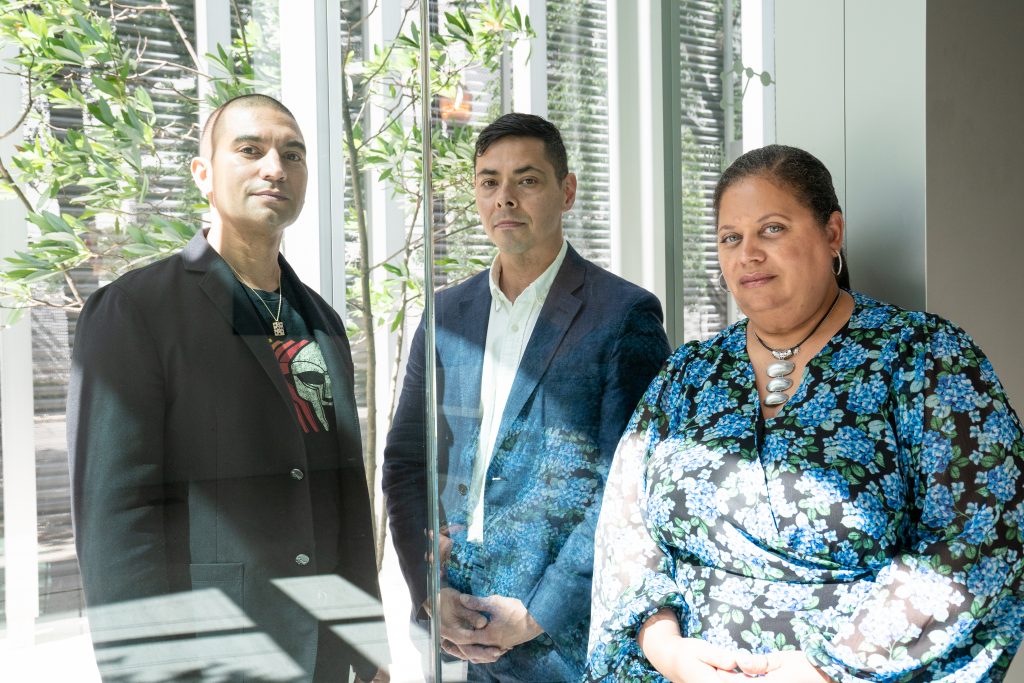 Fresh breezes are blowing through the Poetry Foundation, which publishes 110-year-old Poetry magazine. Michelle Boone is the first woman and first African American to hold the position of Foundation president, while Adrian Matejka is the magazine’s first African American editor. Together with creative director Fred Sasaki, they say they’re more open to a range of voices, are working in a more collaborative way, and look forward to connecting more with the community. Even the building is offering a “radical welcome,” with guest services personnel, Boone says. “We want it to be a center for poetry, where folks want to gather and learn and experience around the opportunities that poetry may present. There’s been a tremendous amount of change that’s already happening.”

The Hall of Fame

These folks, or the roles they inhabit, are so well-established and foundational to the literary world of Chicago that they are always near the top of the list.
*= new this year