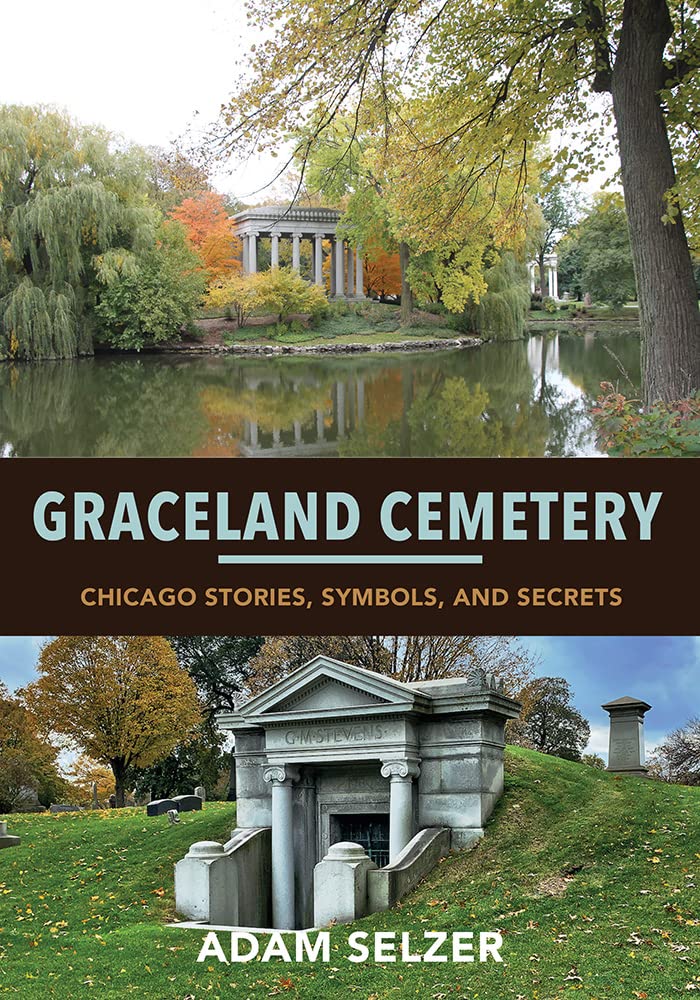 If you’re a fan (or a Mysterian) of tour guide and historian Adam Selzer, you have been looking forward to his book, “Graceland Cemetery: Chicago Stories, Symbols, and Secrets.” If you follow the “Mysterious Chicago” Facebook page, like I do, you have most likely watched Selzer’s virtual livestream tours of historic places and neighborhoods in Chicago. If you have never heard of Adam Selzer or of “Mysterious Chicago,” this is the book to get you hooked on learning more about the history of Graceland cemetery and other historic sites.

Thanks to Selzer’s research, we can read about the person below the headstone or in the mausoleum. “Graceland Cemetery” covers the stories worth telling, like those of successful Black folks during Chicago’s early years, such as the first Black Harvard graduate, Richard T. Greener, who worked as a philosophy professor before becoming dean of Howard University School of Law. Another trailblazer was Jack Johnson, the first person of color to earn the heavyweight champion title. Also, John Jones was a successful tailor who settled in Chicago with his wife and together they worked to help those escaping slavery through the Underground Railroad.

Graceland is also the resting place of people who are responsible for famous locations like the Newberry Research Library. Millionaire Walter Loomis Newberry was a man who encouraged his daughters to live their lives to the fullest. Still, at the end of his life, he was rumored to be placed in a barrel of rum instead of a coffin when he died on his way to Paris. Eventually, no one inherited their estate when his wife died, and it was used to fund the Newberry Research Library. Today, the library owns the diary of Walter’s world-traveler daughter, Julia Newberry. There you can also find playwright Kenneth Sawyer Goodman’s diary and manuscripts. The Goodman Theatre was built in his honor on behalf of his parents. Other lesser-known writers buried at Graceland include Mary Hastings Bradley, a fiction writer sent to investigate and report on Nazi death camps in Germany, and Alice Getty, who wrote about Buddhism. Adding to the list, Margaret Potter wrote, “A Social Lion,” a controversial and satirical novel that targeted Chicago’s elite, and Harriet Ayer started her own cosmetics business but then was sent to an asylum. Consequently, she exposed the abuse and neglect of asylums through her writing.

In this remarkable compilation of anecdotes, Selzer reminds us that each of us has a life to live before death. We can prepare for death and maybe even consider Graceland as our resting place, but it’s a reminder that we, too, need to live our lives to the fullest because there will be people who remember us, and there may also be people who write about us. Graceland cemetery is what unites these people, and their life accomplishments have shaped our history, no matter how big or small.