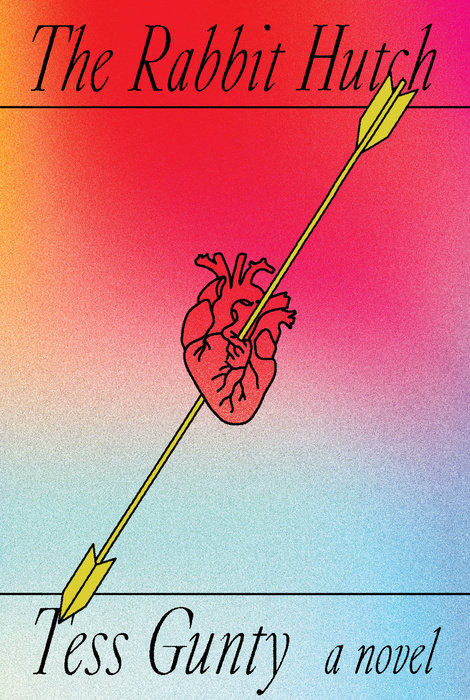 In the first pages of Tess Gunty’s “The Rabbit Hutch,” we are told that eighteen-year-old Blandine Watkins has exited her body, ostensibly due to a horrific act of violence. Rather than describing brutality, Gunty instead gives us a glimpse of the cosmos: “Ten minutes of pleasure igniting between the people who made her, the final tablet of oxycodone on her mother’s tongue, the gavel that will sentence the boys to prison for what they’re doing to Blandine right now. There is no such thing as right now […] On that hot night in Apartment C4, when Blandine Watkins enters her body, she is not everything. Not exactly. She’s just the opposite of nothing.”

The many elements at play here—horror, mysticism, beauty and humor—set us up for the bizarre, enticing story to come. Set over a week in Vacca Vale, a fictional post-industrial Indiana town, Gunty’s debut novel focuses on the residents of La Lapinére Affordable Housing Complex, the “rabbit hutch” of the novel’s title. These residents include forty-year-old Joan, who screens obituary comments for Restinpeace.com; Hope, a young, depressed mother overly concerned with her baby’s round eyes; and four former foster children, including Blandine, a brilliant, otherworldly autodidact who worships the polymath mystic Hildegard of Bingen. Visiting Vacca Vale is Moses Robert Blitz, the fifty-something son of a former child sitcom star. Moses’ hobbies include online trolling and painting his naked body with liquid glow sticks.

Though these characters might sound as if they belong in a black comedy, Gunty clearly does not see them that way. Instead, she showers her characters with deep compassion and empathy. Most memorable is Blandine, who refuses to be seen as a victim despite the cards the universe has handed her. There is nothing snarky about Gunty’s tone, and even if she is unafraid to experiment (one chapter is comprised entirely of comments on an online obituary), “The Rabbit Hutch” has the addictive quality of a traditionally structured narrative. Gunty also extends Vacca Vale a similar grace as her characters. This is not the flyover, Trumpian wasteland dismissed in the media, but a place with its own rich identity. To paraphrase Blandine, it is a place worthy of being saved.

Not all aspects of the characters ring entirely true, and their sprawling monologues can feel authorially crafted. The rabbit imagery can also feel overused. But due to Gunty’s writerly confidence, it’s easy to justify these moments as a conscious choice in style. This is a novel for both the hopeless and hopeful, and though Gunty does not spare us from the violence of humanity, she understands that it does not define us exclusively. As a writer, Gunty is both deft and versatile. Though she may be unknown to most of her readers, “The Rabbit Hutch” already feels like something only Tess Gunty could write.