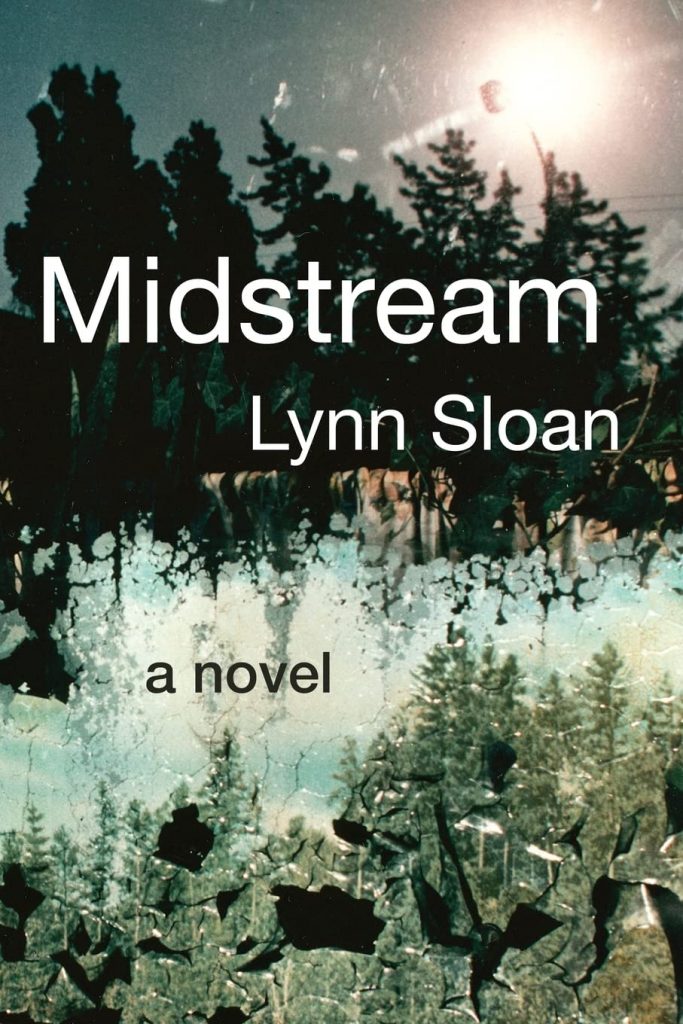 In Lynn Sloan’s compelling novel “Midstream,” we follow Chicago-based protagonist Polly Wainwright through a midlife crisis that involves her unfulfilled dream of becoming a documentary film director, the breakup of a relationship, and the serious illness of her closest friend Eugenia. Structured by chapters that take us back and forth between life-changing events of 1962 and 1974, at “Midstream”’s opening in 1974 Wainwright is tired of her job as a picture editor and a boyfriend who won’t commit. Wainwright’s frustration is made understandable because we live her shattered dream of becoming a documentarian; Sloan moves the narrative into 1962 when Wainwright is just out of college and working for the film production company Kino, Inc. run by the self-centered Shelley Shapiro. Wainwright is thrilled when Shapiro gives her a job in a film crew documenting the life of major photographer Cole Watkins at his Wisconsin home known as Starlight Lodge. But her dream of eventual success as a documentarian is shattered when she’s accused of ruining the production before its completion by the team leaders and fired.

As Wainwright’s job, love and friendship crises combine (1974), she receives letters that have been put aside for her by Watkins to be given to Wainwright after his death. These letters raise questions about the shoot and Wainwright decides to discover whether she deserved the blame for the documentary falling apart. On returning to Wisconsin, she discovers that a bartender named Wiley Reed has inherited Watkins’ lodge and has no idea why. While Wainwright is investigating this mystery, her dream of becoming a documentarian is renewed and she sees a way into a more fulfilling life. Sloan in “Midstream” treats us to believable characters and a high-stakes plot that involves work, love and friendship. I had a hard time putting this novel down.