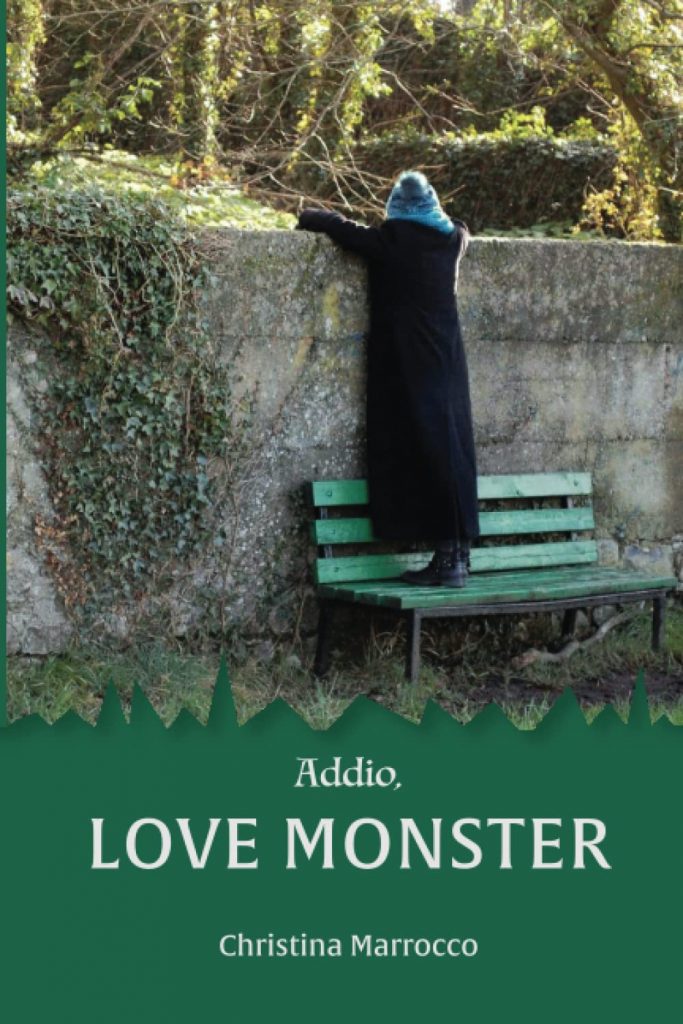 William Faulkner created Yoknapatawpha County, Mississippi, as an imaginary setting for his fiction. But it is emotionally real, a place where “The past is never dead. It’s not even past.”

In “Addio, Love Monster,” Chicago-area writer Christina Marrocco has created her own Yoknapatawpha in the form of an imaginary working-class suburb called “Mulberry Park,” somewhere near Melrose Park and Maywood. This wise and humorous first novel follows the mostly Sicilian immigrants who live on Singer Street between 1945 and 1969. In the tradition of Sherwood Anderson’s “Winesburg, Ohio,”  these are linked tales of loving, dying and growing up.

Marrocco has conjured something quietly marvelous—there are no villains or heroes, only flawed individuals with their own particular reasons for the odd things they do. Here is Enrico the widower, who peeps through a window at night to look at a woman he hopes to marry, with comical results. Here is Nicky, a wife beater who also loves to set up a Christmas tree for his kids, and struggles with a horror he saw in the basement as a child. In another story, boys watch a simple-minded woman scrub a sidewalk, hoping to see her skirt ride up. One boy feels guilty, but not so guilty that he won’t watch again. A teenage intellectual boldly confesses his atheism to his grandmother, and gets a surprising response.

It is the snuff-chewing grandmother, Giuseppa Millefiore, who is the connecting thread of Singer Street. She is a fierce woman, a professional mourner, and a “strega” (or witch) who ties red string around bed posts to encourage pregnancy, and has a one-eyed cat with a story of its own. She keeps tight control over her children, buying them buildings and making them work for her. A “love monster,” Giuseppa tells each grandchild “You, my favorite,” and believes it every time.

This is a richly furnished book, loaded with details of mid-century immigrant life. People grow pear trees and make their own wine and whiskey, consume Jordan almonds and espresso, and play rummy while listening to “Dragnet” on the radio. There are knife-sharpeners, ragmen, and a woman who harvests dandelions to sell to immigrants who want to stay “regular” despite the heavy American diet. The year’s high point is the Catholic church’s Marian festival—a time for old women to crawl on their hands and knees in adoration, and young people to flirt.

A disclosure—I went to the same west suburban high school as Marrocco, and while my family’s Polish and hers is Italian, I know these old-country people, and how their descendants want both to break away and stay close. A great strength of “Addio, Love Monster” is its lack of judgment. In one of the sadder stories, a brilliant girl wants to be an astronaut, but her father says “college is not for girls” and offers beauty school instead. A lesser writer would have condemned the father and forged a happy ending for the girl—but she loves her Papa, and that makes everything harder. The reader understands them both. This is one of the jobs of good fiction—to make you understand, and thus to love the world a little more.