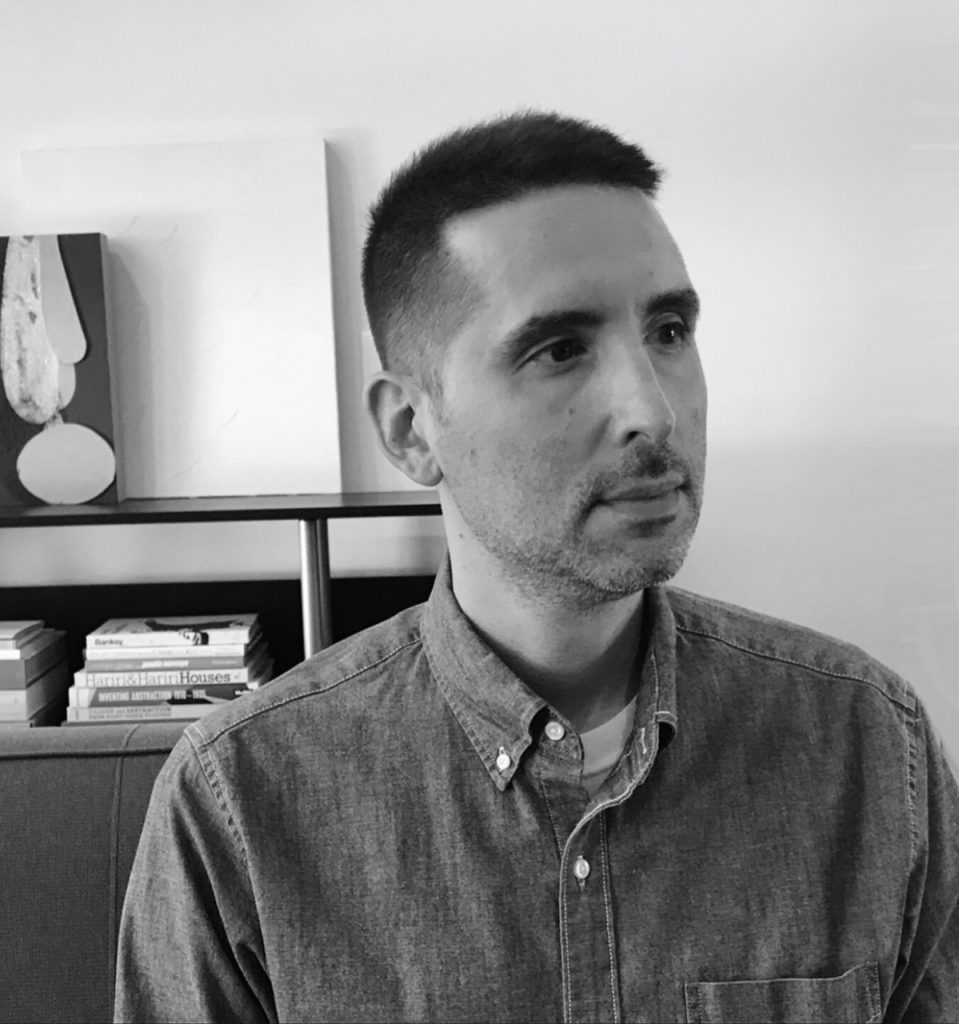 When I sat down with Joe Meno at New Wave Coffee in Logan Square immediately after devouring his latest novel, “Book of Extraordinary Tragedies,” my primary campaign was to play it cool and maybe figure out why I’m literally filled with joy whenever I read anything he writes. (Even when there are extraordinary tragedies in the title.) Seconds into our conversation, though, I’m reminded that he’s the last person you have to play it cool for. 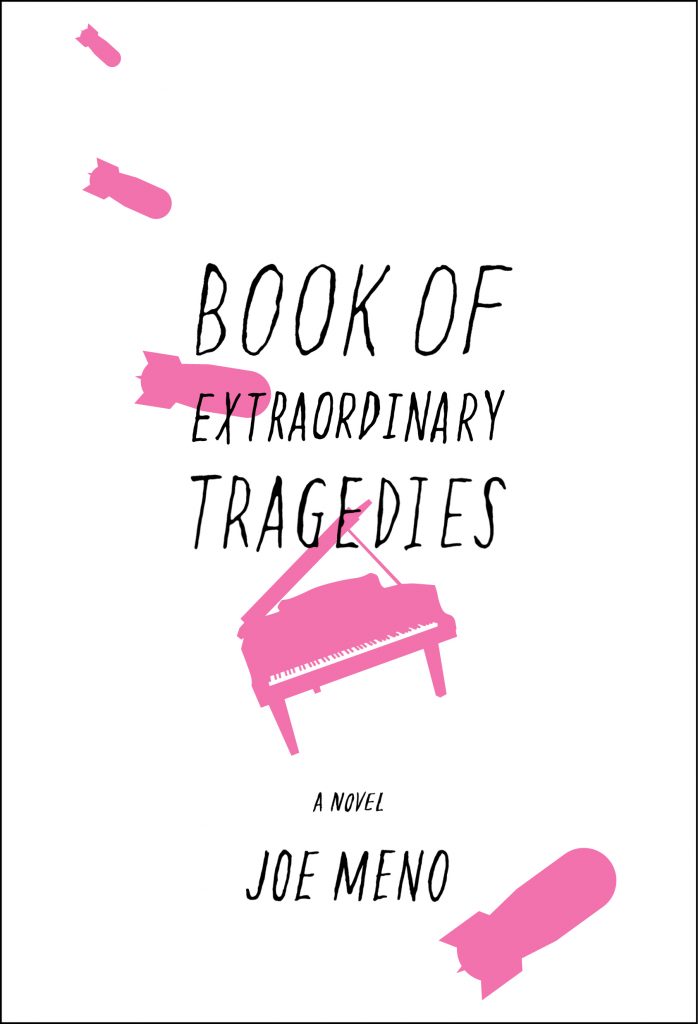 One of the first things I recognized in this book were snippets from your short story “Midway,” that won the Nelson Algren Award.

“Midway” came out in 2003, and I kept coming back to those two brothers. I felt that story was like the middle of a novel, and I wanted more out of it. And then the sister showed up, and I was like, oh, this is really interesting—it’s like a love story.

Other pieces of [the book] came from two visits to my mom’s house on the South Side. On one visit I saw a kid with a boombox strapped to his bike, and there was something about it that felt so celebratory. There was this exuberance. I kept coming back to that kid on the bike listening to that boombox.

The other visit my mom had this box of my grandfather’s records. He was Yugoslavian—he worked with his hands his whole life, and he loved classical music, and I was like, What was he attracted to about this music? Nobody listened to classical music when I was a kid—I didn’t start listening to it until I found those records and wanted to figure it out.

And then I realized these composers were wrestling with everything. There are all these different moments and feelings they were trying to give shape to—and that’s what’s so off-putting. That’s why when you try to sit and listen to it you’re like, Is this sad? Is this happy? Is it both? Why does that make me uncomfortable? And why is it so long?

That’s I think why classical music is so difficult and feels so foreign. If you ever listen to pop music, you’re like, this is a happy song. Great. Love song, great. This is a fast, heavy-metal song. Got it. But when you listen to Mozart or Beethoven, you’re like, This is everything. I don’t want that. Who wants that?

The other piece was I was at a Bulls game with a buddy of mine, and we were with our kids, and you look around and you see these people who are Polish, Yugoslavians, Italians, Puerto Ricans, Mexicans, African Americans—everybody. And you’re like where’s that book? The one that feels like it captures something complex about the city? Where’s the book where you see people are struggling to find something sophisticated?

You know, there’s all these books and TV shows about how hard it is to live in Chicago—how rough it is. We get this one story about urban living, and we hear it over and over, but it’s one tune, one melody, and it becomes a stereotype. And I was like where’s the book or the TV show that captures everything? Where’s the symphony version that captures the highs and lows of living in the city?

A symphony for this bicycle ride with my niece on the handlebars.

Yeah. And one for when you’re in the waiting room. And so, I was like, why not just write it as a symphony?

I love how you developed the narrator’s younger brother from “Midway,” Daniel. He inserts sadness and mundanity in the lives of superheroes, and he removes the devastation from tragedies.

Yeah, he’s into these superhero comics, but they don’t feel real. They don’t deal with the day-to-day challenges. Everybody’s fortunes generally work out, and there’s a sense of triumph in the end. I mean, these are myths, they’re misleading. And so he’s trying to figure out a way to make those myths fit what’s going on in his life—his mom has this illness, and his dad’s not present. And so he’s like, how do I take these myths and make them feel real. I know, I’ll give the Invisible Woman cancer.

And have the superheroes crying in the shower.

Yeah, it’s a more interesting use of the myth. And then he makes a list of everything bad that ever happened in the twentieth century—the Hindenburg disaster and the breakup of the Beatles—to find the pattern. He’s like, I’ll figure this thing out. He’s trying to find certainty so he can hold it off, or be prepared. So that he can have control over it.

But then he starts fictionalizing the tragedies. It’s that control thing. I mean that’s probably why so many of us start writing in the first place. Like, here’s this horrible thing that happened to me, and I’m trying to make sense of it, and so maybe if I just change some of the details, I can come to a better understanding of it. Or maybe I can just block them out by removing all the bad things.

And finally by the end, he learns that not having control or not being able to live a life without struggle is impossible.

There’s that beautiful scene near the end when Daniel takes his family into the treehouse in the rain because they’ve been evicted.

Right, and he buys the raincoats. It’s not running away, it’s not blocking it out, it’s like, this is really bad, and all we could do is make the best of it, make a game out of it. Buy the raincoats.

And Aleks, the narrator, is constantly vacillating between trying to make meaning out of everything on one hand, and listening to music or riding his bicycle to escape his own body.

Yeah, I understand that impulse. I’ve struggled with hearing loss the last eighteen years, and for the longest time I didn’t want to tell anybody. But what started happened over the last couple of years—really during the pandemic—is instead of being embarrassed and ashamed, instead of seeing it as just a total loss, I started focusing on what’s here.

Like we planted this garden during the pandemic, and I started spending more and more time out there, and it’s really quiet, and there are all these bees. There’s like five kinds of bees. And so instead of focusing on what I don’t hear, I started thinking, what if I focused on what I can still hear, or even kind of focusing on the silence. Asking myself, well what’s beautiful in it? Even though there’s a loss. Maybe it’s just me and my upbringing or whatever, but I don’t think you can separate those two things, what’s beautiful and what you lose.