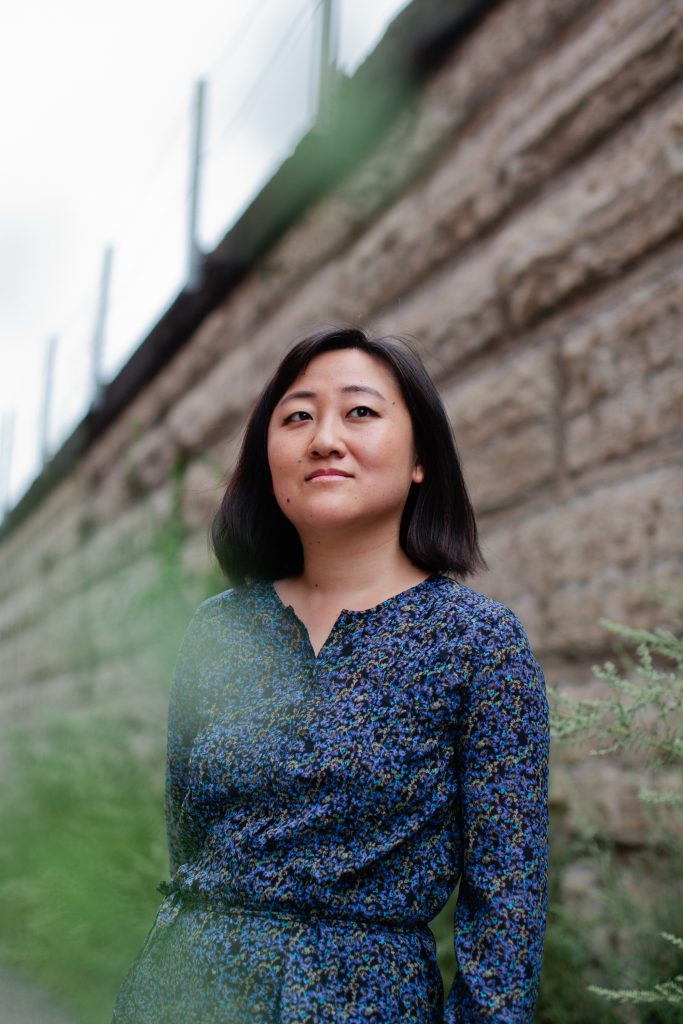 Ling Ma’s new collection, “Bliss Montage,” begins with a pampered wife living in a sprawling McMansion with one-hundred of her ex-boyfriends followed by seven equally clever and lushly outrageous stories. Like her award-winning “Severance” (2018)—a satirical dystopian novel about an unfulfilled Bible production coordinator maneuvering through a zombie pandemic-apocalypse—Ma’s meditations on work and relationships are mischievously deep and entertaining.

“Severance” won a slew of accolades including the Kirkus Prize, the New York Public Library’s Young Lions Fiction Award and the Whiting Award. It was also a finalist for the Pen / Hemingway Award, and was named a New York Times Notable Book. “Bliss Montage,” published this month, will get its share of praise as well.

Born in China in 1983, Ma’s parents moved to Utah when she was six. She spent her teen years in Kansas, then made her way to Chicago for college. When Ma finished her undergraduate studies at the University of Chicago in 2005, she tried living in New York and then the Bay Area but returned to Chicago. “I felt like I could be creative here. I also felt inspired by Chicago,”  says Ma, adding that besides the affordability factor and having a group of creative friends here, Chicago still has undeveloped pockets. “I really like walking around. I have all sorts of ideas when I live here.”

Ma has been teaching at the University of Chicago as an assistant professor of Practice in the Art since 2017, but her road to stability was paved with uninspired office jobs.

After college Ma tried to find journalism work. “I just felt like I couldn’t get a significant foothold writing for magazines or publications and to be honest, I was really slow,” she says. “I didn’t have a fast turnaround and that did push me into fiction eventually.” Ma always wanted to write fiction but never thought she would write a novel. “It seemed a little impossible.”  She tried to get media gigs and even looked for work in New York with no luck. “The lesson here is that it is easier to publish a book.”

Ma was working as a fact-checker at Playboy when the magazine closed the Chicago office. On unemployment, Ma started what turned into “Severance” and looked into creative writing programs. She applied to ten schools and got two acceptances. Cornell in upstate New York won out because it offered the best financial package. “I couldn’t go into debt for writing,” she says. Ma was thirty. “I felt like I should have gone earlier, but it did turn out to be the right time. You always feel the oldest at the age you are.”

When Ma moved to Ithaca, she hunkered down. “For me it was like a blank slate. I was in this random town. I didn’t have a car,” she says. “But because it is a small town and I couldn’t drive, it removed a lot of distractions for me and kept me kind of focused.” She was homesick for Chicago the whole time and full of angst. Ma didn’t go to parties and in the summers, when most students left, she stayed. “I thought that the least I could do was finish it [the novel]. Everything else was out of my control.”

When she submitted an excerpt to a contest sponsored by Minnesota-based literary press Graywolf in 2015, she won first place. It caught the eye of an agent who submitted Ma’s manuscript to publishers. She got an advance that was more than she had made in a year. “Definitely having a lump sum changed my life in some ways, it changed how I planned for things,” she says. Ma received her MFA at Cornell University in 2016, then stayed another two years as a lecturer. She met her future husband during that time, also a UChicago graduate, although they never met in Chicago. 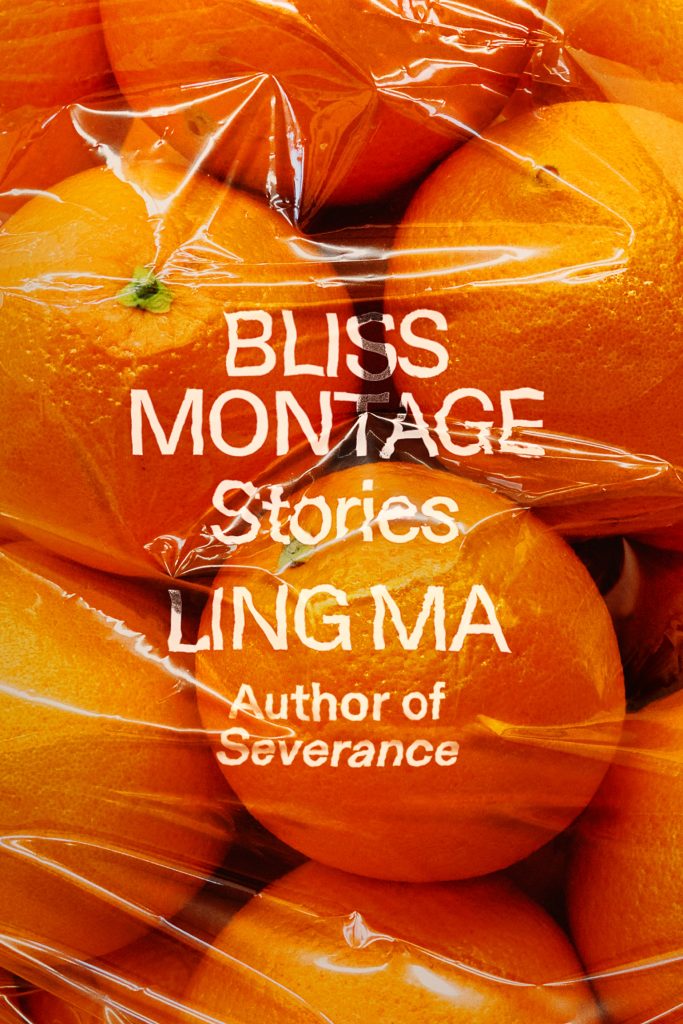 “Bliss Montage” was also in the works because sometimes Ma needed to take a break from the novel. “When I sold ‘Severance,’ I had a partial manuscript of a story collection,” she says. Ma got a two-book deal and ended up taking out most of the stories and starting from scratch. “When I had some time off from teaching in 2020, I started working on these stories simultaneously. When I hit a wall with one, I would start another one.”

This past March, Ma returned to Cornell for the first time since leaving. It was also her first flight after the pandemic and just three months after giving birth to her son. “It was nice to be back and to see Ithaca a little differently. Maybe it is not a place I should have thought about leaving; it really is a lovely campus.” Ma recalls how desperate she felt when she first arrived there. She didn’t know what was going to happen or if she would be able to finish her book. It was a big gamble.

“Finishing the novel changed my conception of myself,” says Ma, listing the themes that figure prominently in her work: “Obsessions that I didn’t know were obsessions. The immigrant background—I didn’t know that it weighed so much on me. The dissatisfaction with office work.”

With the timing of “Severance,” the novel was considered prescient as well as brilliant. “I guess that the disease from the China angle is just coincidental, but I think the book resonated because of what it was saying about work and capitalism—how it doesn’t stop, how it eats everything in its way, how it creates a lot of casualties,” says Ma. She was not only thinking back to SARS, but also the experience of Snowmageddon in 2011. Given the appetite for content on streaming services, it’s no wonder that “Severance” has been optioned. “Who knows what will happen with it,” says Ma who adds she is not at all interested in revisiting her story as a writer. Even though there aren’t scenes in the book that are straight from her life, the mood and anxieties were a snapshot of a very trying time in her life. “I wouldn’t mind being a consultant, but they should make it new again. It should have a fresh perspective instead of being a faithful adaptation. I would totally be into that.”

When Ma returned to Chicago, not only did she get a semi-permanent full-time job at her former school, her old apartment in Uptown was available. “It’s like I got my old life back.” Three weeks later, she got married at City Hall.

Ma no longer has a writing routine. “Right now the baby takes precedence. I really admire parents who are able to write in their cars. I haven’t figured any of that out yet.”