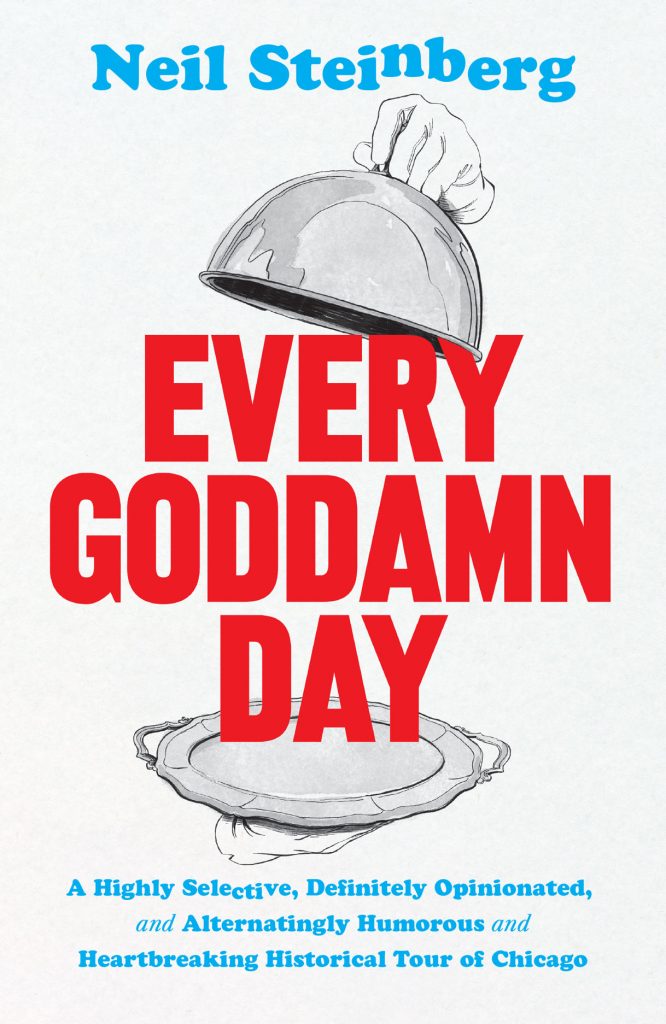 Writing history is a fascinating, frustrating business. You must construct a narrative out of so much that is unknown and incomplete. It’s like working a jigsaw puzzle with most of the pieces missing, and only a vague or wrong idea of what it should look like. Or it’s like creating an animation—you must assemble many little pictures, to give an illusion of reality and motion.

In his new, odd Chicago history, “Every Goddamn Day,” Chicago Sun-Times columnist and author Neil Steinberg creates a kind of animated flipbook, putting together many pictures, one for each day of the year. By filling each story with startling detail, he creates a moving, living picture of Chicago’s past. The ambition of the project and the tidy economy of each one or two-page vignette means he packs a lot of Chicago into one book. It goes way beyond the clichés of pizza, Al Capone and Mrs. O’Leary’s cow. Like a civic Scheherazade, Steinberg offers a vast variety of tales—from the redirection of the river to the introduction of Juicy Fruit gum to the Tylenol murders, skipping around, back and forth, between the seventeenth century and the twenty-first. With clever illustrations by Lauren Nassef, here is Chicago in hundreds of glittering facets, with stories of art, theater, industry, racism, injustice and sheer goofiness.

In his introduction, Steinberg explains that he didn’t want to bore people by retelling the same old stories in the same old ways. So he tells unfamiliar stories, or familiar ones from new perspectives. You may know, for example, that Chicago is a broadcasting pioneer, but did you know that the first words to go over the radio waves from Chicago were, “My God, but it’s dark in here,” spoken by soprano Mary Garden on November 11, 1921? Chicago is famous for its brazen criminals, but did you know that on March 10, 1894, a man appeared in court for stealing a two-story house, moving it fourteen blocks away, and selling it to an unsuspecting buyer? The unveiling of the Picasso was a big event on August 15, 1967, but less well-known is the fact that Gwendolyn Brooks, who read a celebratory poem, privately thought the statue looked “stupid.”

The structure is great for this distracted age. A reader can digest the pieces easily, like poems or potato chips. You can head right for the big dates—like Christmas, or your birthday—or just go in order. The effect is unusual for a 424-page history—a reader is informed, delighted, moved and not exhausted.

Steinberg took the title from his long-running blog. The daily vignette format creates a structure, without which history becomes “too vast,” Steinberg explains. History is a “magic trick we perform in the present, to create the illusion of the past, to conjure up people and situations long gone.”

Sometimes two big things happened on the same date, which meant Steinberg had to find another aspect of the event on another day to fit the format. This led to discoveries. For example, the so-called “Fort Dearborn Massacre” happened on August 15, the same day as the Picasso unveiling 155 years later. To use both events, Steinberg went back to August 14, 1812 to learn what happened before the Fort Dearborn battle, and found a story of broken promises and miscommunication that helps explain why the Potawatomi acted as they did.

None of this would work without Steinberg’s skill as a writer. Witty, economical and often whimsical, he lends color and freshness to each event. In his retelling of the story of the Cubs’ World Series win on November 2, 2016, he relays what’s already known about how the Cubs blew their lead, the rain delay, and Jason Heyward’s rousing locker room speech. But then he adds this wonderful line: “Bad Luck, who has been a season ticket holder for 108 years, for reasons mysterious, now checks his watch, nods once, then stands up, brushing peanut shells off his lap, and departs.” And suddenly, there’s a new way of envisioning part of the city’s story.