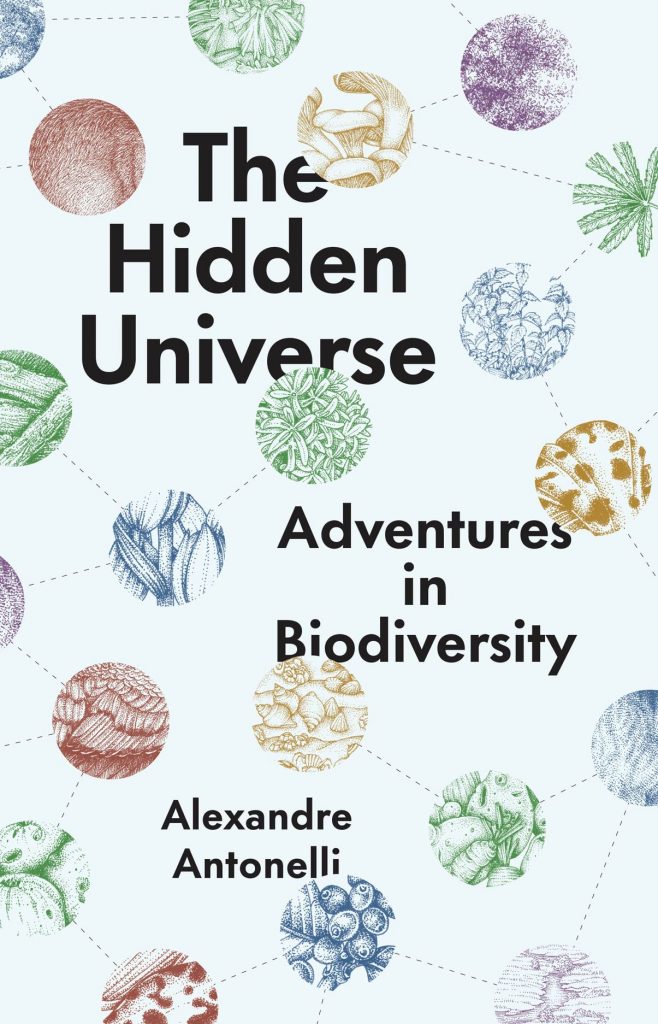 God charged Adam, the Old Testament tells us, with naming “every beast of the field, and every fowl of the air.” The Bible doesn’t mention how Adam felt about being assigned this task. By all accounts, he seems to have hurried through the job. I can picture him rushing naked about the garden and calling out to the animals he finds there: “You! Yes, you with the long neck and patchy skin and funny things growing out of the top of your head. For no good reason, I’ll call you a giraffe,” to which the soon-to-be-named skink snickered. Of course, the flora and fauna that grace the world didn’t really come to be named in this way. The truth is that it was a Swede named Linnaeus who went rushing naked about the garden, tossing out names with abandon: “You? I’ll call you Giraffa camelopardalis.” And the skink? Well, it depends. Was it blue-tailed or blue-tongued? Things quickly got complicated in the Garden of Eden.

A reference to Genesis also occurs in “The Hidden Universe: Adventures in Biodiversity,” by botanist extraordinaire Alexandre Antonelli. God, notes Antonelli, gave humans “dominion” over all the creatures of the earth, which, I would add, proves God is capable of at least one colossal error in judgment. Of course, Antonelli, a world-renowned scientist, does not subscribe to this Judeo-Christian creation myth. He raises it to illustrate how deeply embedded in the Western psyche is the hubristic belief that somehow nature exists primarily to serve the interests of homo sapiens. We are a species perfectly adapted to bossing every other living thing around.

Unburdened by excessive scientific jargon and distracting academic citations, “The Hidden Universe” is of a genre of science books targeted to a general, non-scientific audience. It is a smooth read, written with the patience of a congenial high school biology teacher—so very much unlike my own! Antonelli introduces us to the “facets” of biodiversity—Species, Genes, Ecosystems, Functions and Evolution—before explaining the values of and threats to the biodiversity upon which all living things depend. Interesting facts abound: a species of tongue orchids in Australia is pollinated by wasps tricked by the flower into “pseudocopulation” (and if you tell me you don’t know what pseudocopulation is, you’re probably lying). Were you aware that over ten-thousand species of microbes call your body home? Such biological facts are leavened by personal stories Antonelli tells of his “adventures” as a botanist traveling the world in search of plants. And although his buckles don’t swash as daringly as those of archeologist Indiana Jones, Antonelli certainly reveals that there is more to botany than tending your garden. The hidden universe of the title refers to the genetic science that biologists increasingly rely on to understand the natural world, as well as to those species that have yet to be discovered (i.e., taxonomized) and to the unseen ecological relationships that sustain the planet.

Linnaeus, who developed the classification system that scaffolds the biological sciences (and who was truthfully born long after the Garden of Eden closed for repairs), makes an early appearance in “The Hidden Universe.” Antonelli tells us that Linnaeus “used to say that you can’t understand what you can’t name.” Well, yes, we name the world to better understand it, but we also name the world to better control it. Linnaeus represents the razor’s edge that conscientious scientists like Antonelli must walk. Without the help of science, how can we climb out of the hot (and growing hotter) environmental mess we find ourselves in? On the other hand, didn’t science help create this mess in the first place? It’s a knotty contradiction that, in keeping with his book’s nonpolemical tone, Antonelli tacitly acknowledges without ever fully addressing. Curiosity of the kind that buoys “The Hidden Universe” is both a blessing and a curse. Homo sapiens likes to take things apart, determined to crack the code of the universe, but like children, we often neglect to repair that which we have broken. Perhaps there are things in our universal garden that are better left unfound.