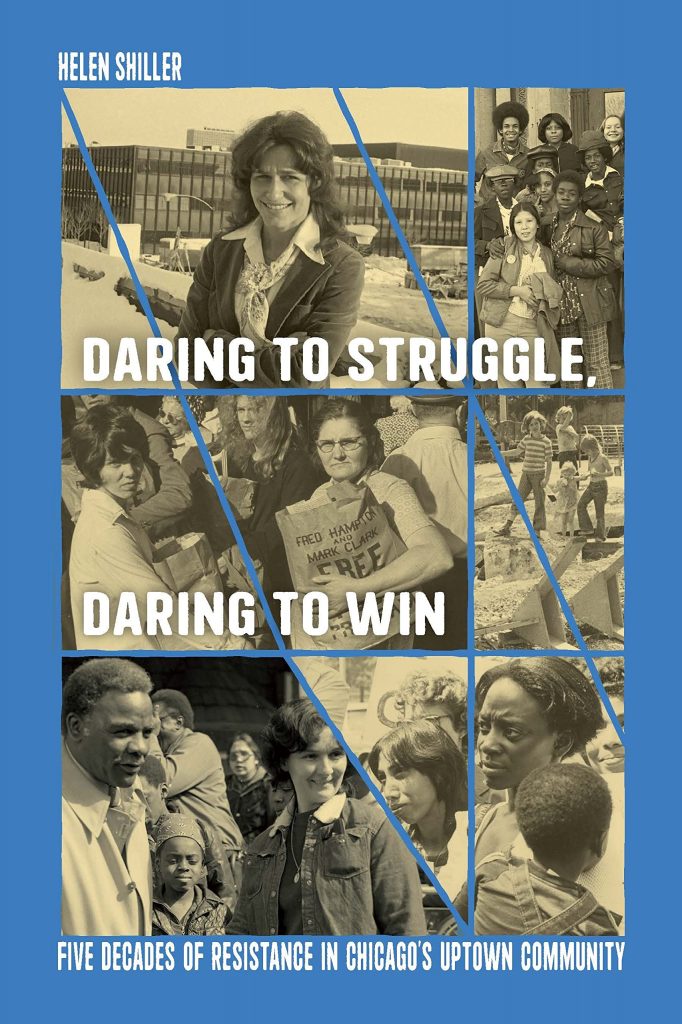 In his great prose poem “Chicago: City on the Make,” Nelson Algren divides the city’s political actors into two types—the brokers and hustlers like crooked Bill Thompson and Hinky Dink Kenna, and the “Do-Gooders” like Jane Addams—fighting an endless war for the city’s soul. The game’s not over, Algren writes, so it’s still Jane’s town as much as Big Bill’s. “But it’s a rigged ball game.”

Helen Shiller, a former alderwoman for Uptown, is on the do-gooder side, a reformer unafraid to take on the boys in power. No one knows better than Shiller that the game is rigged. But her autobiography, detailing five decades fighting for housing, better education, worker rights and police reform, shows that knowing the odds are steep shouldn’t stop you from trying, over and over. It’s a fascinating history of Chicago’s blood-and-guts political scene in the late twentieth century, told by someone who started as an outsider, an activist from Wisconsin, and slowly fought her way into the City Council as one of Mayor Harold Washington’s key allies.

This is a serious book—full of policy and protest, firm in its convictions, and short on lighthearted anecdotes. You have to knuckle down, have some tea, and think about housing lawsuits and school boycotts of yore. But it’s well-written—Shiller worked for years for the alternative press, and can tell a story thoroughly and compactly, with even a little poetry. It’s ultimately a hopeful book—a reminder that problems have always looked insurmountable until they’re surmounted. You need to be a bit of a dreamer, willing to take ridicule and malice, to believe things can be better. Shiller doesn’t shy away from the personal—and the reader not only gets to hear about her political fights, but see Shiller’s own growth as a shy woman from a troubled family to a champion for her adopted Uptown neighborhood.

Born in 1947 in New York City, Shiller was a red-diaper baby—her parents were European Jewish immigrants who were communists in the 1930s and 1940s. In 1950, FBI agents visited the family in connection with the investigation of Julius and Ethel Rosenberg. Shiller’s father, a chemist, had no link to any conspiracy but suffered a near-fatal heart attack after the FBI visit. This didn’t stop him from encouraging activism. In the 1960s, Shiller’s father worried that she wasn’t involved ENOUGH in anti-Vietnam War groups at University of Wisconsin-Madison. “Find one you like and do something!” he told her.

Taking this advice, Shiller became deeply involved in the fight against the war. Idealistic, she was also shrewd enough to be concerned by the disconnect of many anti-war activists from the civil rights movement. After graduation, she worked with allies of the Black Panther Party in Racine on housing and other issues, before moving to Uptown, which was then a mostly impoverished community with severe housing problems. Arson to collect insurance and avoid expensive repairs were frequent. The book is full of shocking stories—a volunteer pollwatcher getting hit over the head by a chair, an arson in Shiller’s organization’s offices, and how the FBI contemplated poisoning children to discredit the Panthers’ free breakfast program.

Shiller is generous throughout the book with praise for other reformers—including fellow council member Dorothy Tillman, aldermanic contender Cha Cha Jiminez, Mayor Washington, housing activist Marion Stamps and attorney Tom Johnson (brutally murdered along with his wife Leslie Jones in their home in 2020). By telling their stories, Shiller offers an alternative, reformist, from-the-streets view of Chicago. During her time in Chicago politics, Shiller was called a radical and her allies labeled “Shilleristas,” a reference to Nicaraguan leftists. When I was a cub reporter at the City News Bureau in the late eighties, I remember how some male reporters and aldermen at City Hall made fun of Shiller when she left the press room. It’s instructive to recall how things we take for granted now—like tenants’ rights protections—used to seem radical. People like Shiller had to struggle for them, knowing, as Algren said, that her side gets just two outs per inning, while the hustlers take four. But going for it anyway.