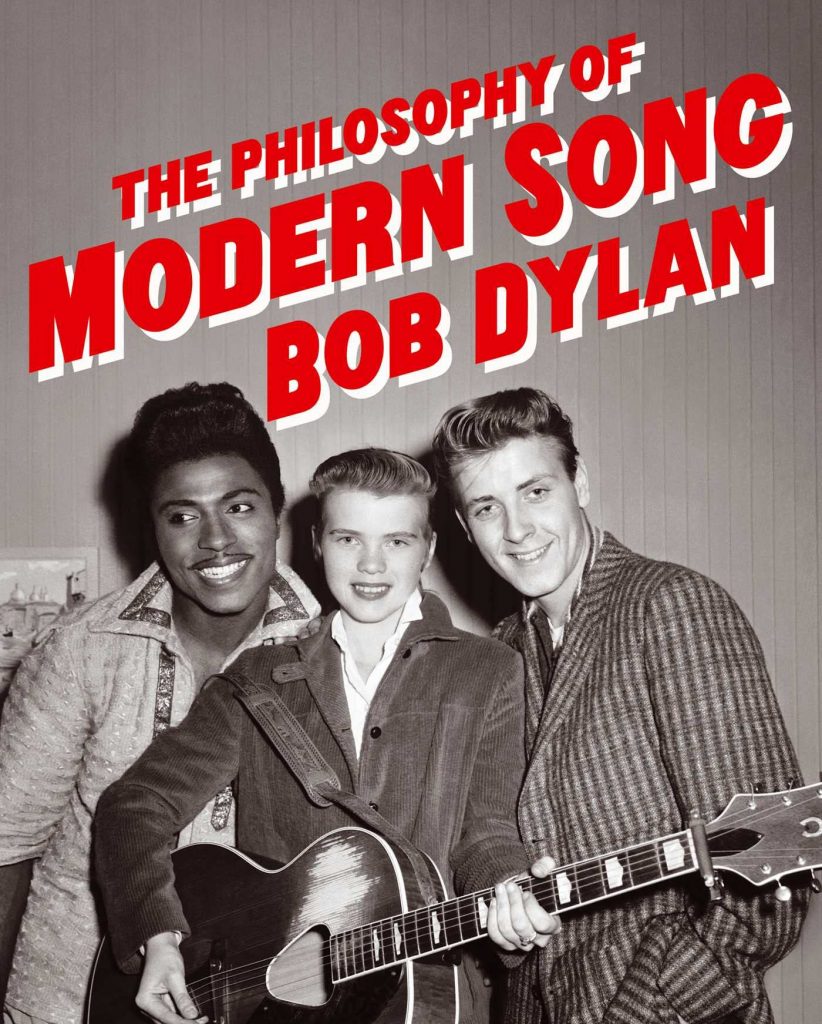 Even before Bob Dylan won the Nobel Prize in Literature in 2016, the esteemed literary critic Christopher Ricks referred to him as “the greatest living user of the English language.” While that may sound like hyperbole to the uninitiated, anyone looking for a glimmer of why Dylan’s verbal dexterity has always held—and continues to hold—so many of his admirers in thrall would do well to peruse “The Philosophy of Modern Song,” a new collection of sixty-six essays that he began writing in 2010, and his third official book (following “Tarantula,” a collection of prose poems published in 1971, and “Chronicles: Volume One,” an offbeat memoir from 2004). The ingenious sense of wordplay that characterizes the Minnesota bard’s best work as a songwriter, including the songs that appear on 2020’s majestic “Rough and Rowdy Ways” album, is everywhere in evidence in this substantial yet wild 334-page work of creative nonfiction.

It isn’t necessary to be a Dylan fan to appreciate “The Philosophy of Modern Song,” however, since the book’s subject is the work of other musicians. Dylan dissects popular songs spanning the majority of the history of recorded music—from Uncle Dave Macon’s 1924 hillbilly ditty “Keep My Skillet Good and Greasy” to Alvin Youngblood Hart’s soulful, piano-driven cover of Stephen Foster’s “Nelly Was a Lady” from 2004. Dylan only name-drops one of his own songs once—when rightly mentioning that “Subterranean Homesick Blues” is in the DNA of Elvis Costello’s adrenaline-pumping “Pump It Up.” But, as a friend of mine likes to point out, Dylan also has a way of indirectly talking about his own work through discussing the work of others. That would seem to be the case here, as when he praises crooner Bobby Darin for his unusual, ahead-of-the-beat phrasing or extols bluegrass act the Osborne Brothers for allowing a song to “morph and grow” from its original studio version to a radical rearrangement in live performance years later.

“The Philosophy of Modern Song” excels as traditional music criticism when it wants to: Dylan has a knack for making surprising and provocative points of comparison (e.g., the way Black bluesman Jimmy Reed “signs off” on the verses of his songs with harmonica riffs that are similar in function to the yodeling of white country singer Jimmie Rodgers) and contrast (the narrator of Ernie K-Doe’s “A Certain Girl,” Dylan assures us, is a guy you want to know while the narrator of The Beatles’ “Do You Want to Know a Secret” is someone you want to avoid). But the book is at its very best when it takes off into more poetic flights of fancy—the interstitial sections that publisher Simon & Schuster has referred to as “dreamlike riffs” in pre-release publicity. These passages, which appear immediately before more conventionally written essays on the same songs, resemble both the liner notes to Dylan’s “World Gone Wrong” LP from 1993 as well as his Nobel lecture from 2017 (wherein he described his favorite works of literature by using an unusual second-person, present-tense point of view).

This being Dylan, the book is also frequently digressive, funny and perverse. An essay on Johnnie Taylor’s “Cheaper to Keep Her,” for instance, serves as a pretext for Dylan to indict the greedy lawyers he sees as responsible for the “ten-billion-dollar-a-year” divorce industry before seguing into an outrageously satirical defense of “polygamist marriage.” Still other analyses may catch readers off guard for their heartfelt sincerity, as when Dylan decries modern society’s disregard for the elderly or the historical mistreatment of Native Americans. Some will undoubtedly be surprised by the inclusion of artists like Cher, The Eagles and The Fugs, while several of Dylan’s biggest influences (such as Woody Guthrie and Robert Johnson) are conspicuously absent. It’s worth pointing out, however, that the book isn’t meant to be a comprehensive encyclopedia but rather a series of eclectic musings—some playful, others profound—on songs about which the author felt he had something to say. Besides, we can always hope for a Volume 2.