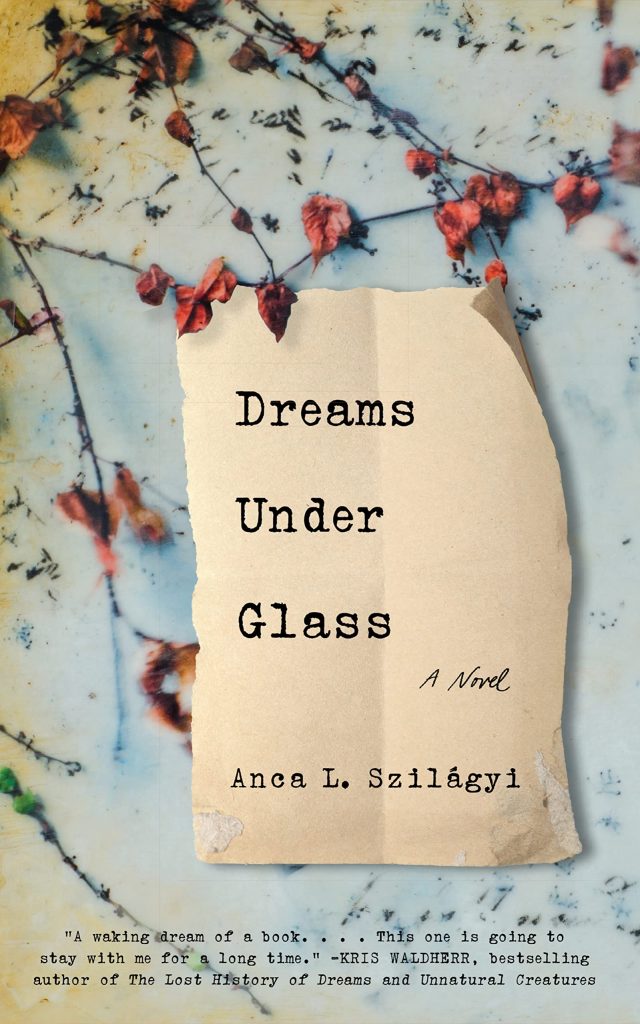 Chicago writer Anca L. Szilágyi’s “Dreams Under Glass” is a sensitive, unsettling look at young adulthood and the contrasts between art, money and greed. During the 2008 recession, twentysomething Binnie takes a paralegal job in New York to support her art. As she struggles to find creative energy amidst the daily grind, Binnie channels her resentment through rescuing found objects and imagining unsettling Joseph Cornell-style dioramas. These items include a plastic baby Jesus from a king cake and a colleague’s glass eye. But when a strange and unexpected death occurs at her office, she begins to question whether her two worlds have come together.

A critique of capitalism is at the heart of the novel, but Szilágyi differentiates her work from others with similar themes. Binnie comes from a middle-class Jewish family in Kensington, and her realist mother drew financial support when she learned of Binnie’s plans to major in art. Her Iraqi Jewish boyfriend is also struggling financially. Slyly, Szilágyi subverts stereotypes about Jews and money and puts Binnie in relief against the Jewish partners at her law firm. When a Jewish occupant at their office is arrested for operating a massive Ponzi scheme, one of the partners remarks, “Won’t be great for the Jews.” Perhaps due to this shared background, Binnie does not demonize her bosses, even though their actions leave her repulsed. Szilágyi might have chosen to do more with this theme, though it would have risked being heavy-handed.

But Szilágyi is not willing to let Binnie off the hook. When a death occurs at her office, Binnie wonders if she is inadvertently responsible. Binnie may be one of the lowest on the office ladder, but Szilágyi implies that she has become tainted by association. Greed, it seems, is a poison that infects us all.

Binnie herself is an appealing character and sensitively written, even if some of her choices come across as immature. Early on, she gives up her aunt’s rent-controlled apartment in Brooklyn for a modest studio in Manhattan. This is realistic for a protagonist in her young twenties, and although the subject of a twenty-something artist attempting to make it in New York isn’t new, Binnie is a more subdued character than is typically depicted. She is in what appears to be a healthy relationship for much of the novel, and she does not appear to engage in the New York party scene. She has snark, yes, but it is more wry than cynical. This might not always make for sexy storytelling, but it does keep the novel from falling into familiar New York millennial clichés. We want Binnie to succeed because we have faith in her ability to make the right choices. When a different Binnie emerges in the final third of the novel, it’s more emotionally affecting than if she were a less sympathetic heroine.

The novel suffers from uneven pacing, and it takes a while to find its footing. Szilágyi has a habit of flashing back to an earlier event in the middle of scenes, and this undercuts the tension of the present moment. At least in my Kindle edition, there were also typos and formatting errors. I found myself wondering how the book would have looked had Szilágyi heightened the stakes after the death occurred and leaned even further into the magical realism and the bizarre. One cannot help feeling that with heavier editing and tightening, the book could have reached new heights.

This in no way is a remark on Szilágyi’s clear talent. Szilágyi is a confident writer with a crisp, clean voice and deep empathy for her characters. “Dreams Under Glass” may deal with familiar themes, but Szilágyi treats them with authenticity and grace. In a genre that can err toward cynicism, this comes across as revelatory.