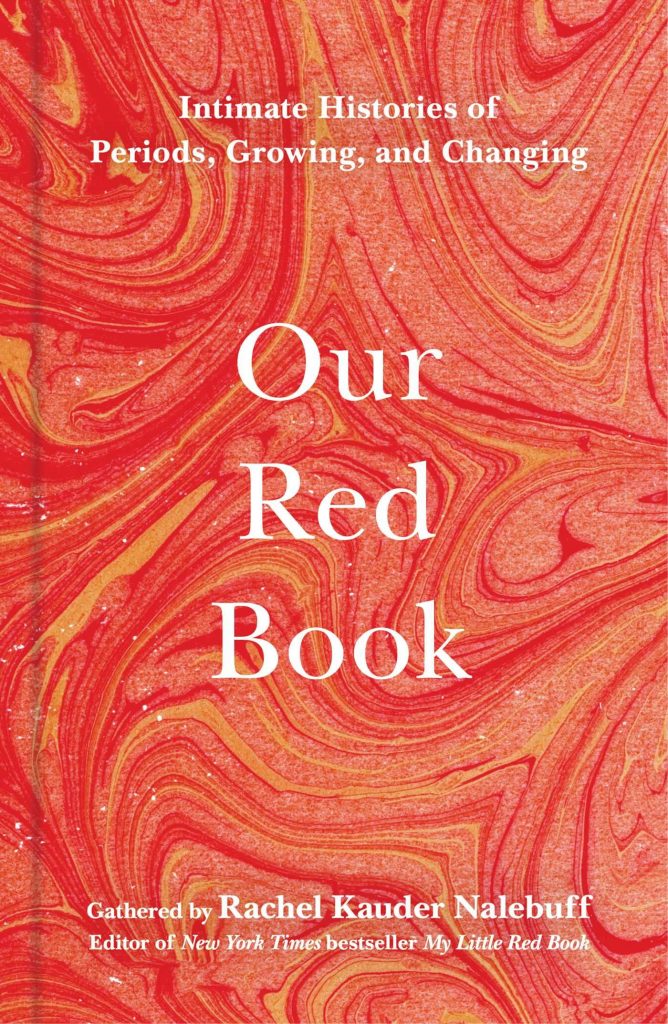 Gathered by Rachel Kauder Nalebuff, “Our Red Book” is a follow-up to her earlier “My Little Red Book,” which concentrated on first periods. “Our Red Book” more broadly explores the menstruation experience, and she weaves together essays, oral histories and artworks to explore an experience that is not often discussed.

Nalebuff describes her book in the introduction as “not a comprehensive collective of every story there is to tell” but “a web of memories gathered from people I know, people they know […] and eventually strangers I wanted people to know.” The authors are Black, indigenous, trans, intersex, incarcerated and nonbinary, and periods and the absence of them are both discussed. Familiar writers such as YA author Judy Blume are included, but most are not names readers will be familiar with. This creates a sense of intimacy and makes the experiences feel more honest and lived than if Nalebuff had focused on better-known names.

Two of the most vivid stories come at the beginning. Nalebuff’s Jewish great-aunt Tante Nina recounts getting her first period while fleeing Nazi-occupied Poland in 1940. A custom guard has just finished searching for hidden jewelry in “the most private places,” and after they find her yellow Star of David hidden in her shoe, Nina loses control of her bladder. Her mother realizes what is happening and reassures her that “in Belgium and France, where we were heading, they had excellent napkins, much better than in Poland.” In Zannette Eloise Lewis’ story, she remembers hearing about the experiences of her Black grandmother and other enslaved women: “When these girls got their first period, it meant that they were now able to breed and suckle for their masters. It also meant that the young women lost the responsibility for their own bodies, feelings, and futures. Once these young women had their first period, they were often sold away from their families because they had become more valuable to their owners.” Equally sobering are descriptions of menstruation in incarceration.

Other stories are much more subdued by comparison, and many indigenous rituals are explored. At times, the stories blend into each other, and reading them all at once creates a blurred effect. Few cis men author stories, though Nalebuff believes that they also have period stories of their own. When she asks her boyfriend if he remembers learning about periods, supporting someone through one, or if he knows his mother’s first period story, he answers no. She responds, “Not learning about periods; or maybe even being kind of protected from learning about periods, is actually its own kind of story.” To Nalebuff, we all have our period stories, and no human is exempt.

Despite her efforts to be inclusive, Nalebuff is correct that not all period stories are told. I did not find one that resembled mine, and I resonated with less of the book than I had been expecting. But although readers may not see menstruation in the same way as authors, and descriptions of drinking menstrual blood may be off-putting to many, “Our Red Book” succeeds in making us reconsider our own views and this fundamentally human experience.