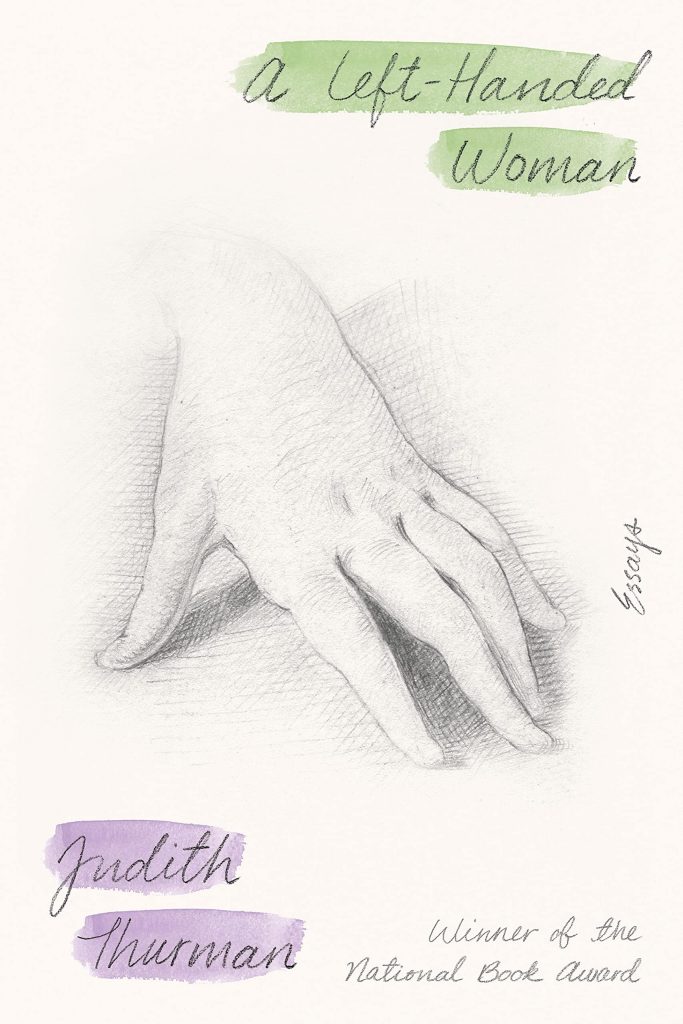 In the opening paragraphs of “A Left-Handed Woman”’s introduction, longtime New Yorker staff writer Judith Thurman describes being left-handed. When she is six during the McCarthy era, her mother warns her not to describe herself as a “leftie” because “it could get us into trouble.” The conversation stays with her, and though her mother’s fears turn out to be irrational, the conversation reveals something even more life-altering: “It hinted at a guilty secret that a careless word could betray.” Thurman takes this lesson seriously, both when it comes to her unfailingly clean prose and in her exploration of the worlds of her subjects.

Each of Thurman’s subjects could be described as left-handed in a figurative sense. Of the thirty-nine essays that make up the collection, the vast majority concern women. These include historical greats Amelia Earhart, Cleopatra and Jacqueline Lee Bouvier; writers Emily Dickinson and Laura Ingalls Wilder as well as contemporary performance artist Marina Abramovic. In her introduction, Thurman observes that “the transcendence of shame is a prominent theme in the narrative of women’s lives,” and though some subjects are more conservative than others, none seem to elude the subject of shame in their lives. Many, like Thurman herself, inherit it from their parents, and others learn it through trauma. This description of shame both colors the subjects and lurks below the narratives of the essays.

Other than the details we learn through the introduction, Thurman discusses very little of her personal life. At a time when personal essays are more in vogue than ever, Thurman is almost exclusively interested in the lives of her subjects. In most essays, Thurman describes “a passage or even just a sentence [surprising] me with a private truth I couldn’t otherwise have expressed freely,” and for readers, these sparing references to her personal life come across as welcome, but startling. In the hands of another writer, this lack of personal transparency might come across as cold or impersonal, but Thurman treats her subjects with unfailing empathy. By removing herself, she is able to focus on them more fully, and in doing so, the essays feel both personal and particular.

This is particularly true of her essays on writers Alison Bechdel and Rachel Cusk, which appear in the second section, “Mother Country.” Though both Bechdel and Cusk have made names for themselves with their memoirs and autofiction, Thurman shows sides of them absent even in their own works. Of Bechdel, she observes that “ambivalence is… a default mode,” an observation that Bechdel’s wife echoes when discussing Bechdel’s mixed feelings about fame: “She craves it, but thinks that’s a bit pathetic.” Friends and family do not always agree with the personal accounts depicted in the writers’ works, but Thurman never suggests any dishonesty nor does she focus on the sensational. Her portrayals are always empathetic, and although she does not refrain from criticism—of Cusk’s memoir “Aftermath,” she observes that “even a reader sympathetic to Cusk’s iconoclasm is perplexed by her illogic”—Thurman’s criticisms manage to enrich her subjects. Thurman shows herself as the best kind of journalist: one singularly focused on the humanity of her subjects. This unfailing commitment to humanity is equally evident in her work on lesser-known and non-living figures.

At 432 pages, “A Left-Handed Woman” is no small work, and it is not a book to be read in one (or even several) sittings. Instead, it is best enjoyed over a long time and a book that should be savored, not devoured.