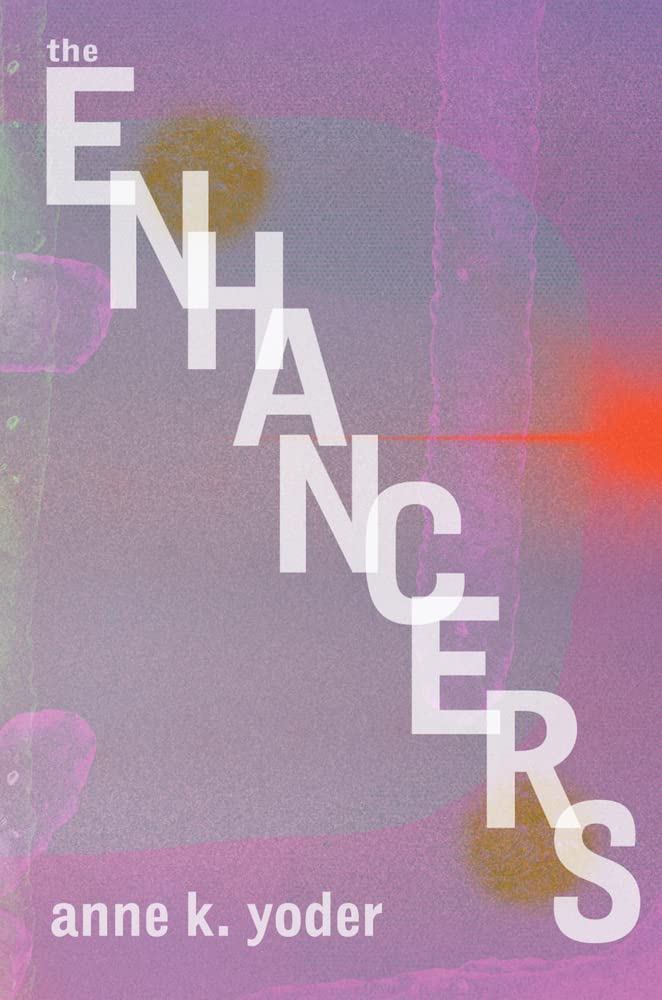 “The Enhancers” is a “Brave New World” for the late capitalist era. Like Huxley’s novel, “The Enhancers” is concerned with the place of authentic emotion and the humanities in a cold, STEM-based world dominated by a happy pill, but Anne K. Yoder brings the concept into the twenty-first century by swapping out the quaint Henry Ford iconography with pharmaceutical ad copy. The novel follows teenaged Hannah’s life in a company town for the Lumena Corporation, a pharmaceutical giant that produces a range of mind-altering drugs, including Valedictorian. Referred to by most as V., Valedictorian is intended to augment mental performance, effectively making anyone who is receptive into a genius. By Hannah’s generation, consumption of V. is mandatory, to the extent that career paths are guided by it, with standardized tests effectively reduced to exams of V.’s efficacy on an individual.

Hannah, a creative and compassionate young woman, finds that being on V. is unpleasant and dulls her sense of self, but she scores highly, which delights her mother, Judy. Referred to by name in Hannah’s first-person perspective and described as someone who “couldn’t function without consulting a flow chart,” Judy is more corporate drone than caring parent, dismissing Hannah’s V.-fueled misery in favor of the bright future it supposedly promises her. Similarly dismissed are other adverse reactions in Lumena Hills, such as the collapse of a teacher or the breakdown of Celia, one of Hannah’s closest friends. This latter collapse, along with a mid-novel incident at Lumena’s town factory, pushes Hannah and her friends into an encounter with the fringes of their dystopian society.

What unsettles about this setting is how close it is to our reality. The scenes of Hannah and her mood-stabilized friends “hanging out” in separate corners of the room while glued to their smartphones is obviously familiar, but so is every apocalyptic thing that follows the Delilloesque factory fire that billows over the novel’s midsection. The smoldering factory introduces objects and experiences that are commonplace: N95 masks, remote learning, lockdowns, supply-chain issues, empty store shelves. Even the air problems that the burnt chemicals cause remind us of the hazy, smoky L.A. of wildfire season 2020. At least Huxley’s World State promised a stable future for its costs in liberty, but Yoder denies us that cold authoritarian comfort with the same existential mass extinction and environmental collapse we grapple with.

But to put all of “The Enhancers” due praise toward its world building is to do a disservice to Yoder’s craft. Her sometimes hilarious, sometimes disturbing depiction of pharmaceutical ad copy, often found in page and chapter breaks, is one of those choices that is stylistically satisfying while also effective in adding toward the set dressing. Her similar willingness to go poetic, whether mockingly in a Pledge of Allegiance parody or grimly sincerely in a passage describing the kinds of pills available now, is another sign that this novel isn’t just another derivative dystopia. Yoder’s often masterful update here is a necessary one. After a century of supposed Better Living Through Chemistry, Yoder has a lot more data than Huxley had for his forecast. With the weather changing, it might be time to pay attention to how the outlook has worsened.