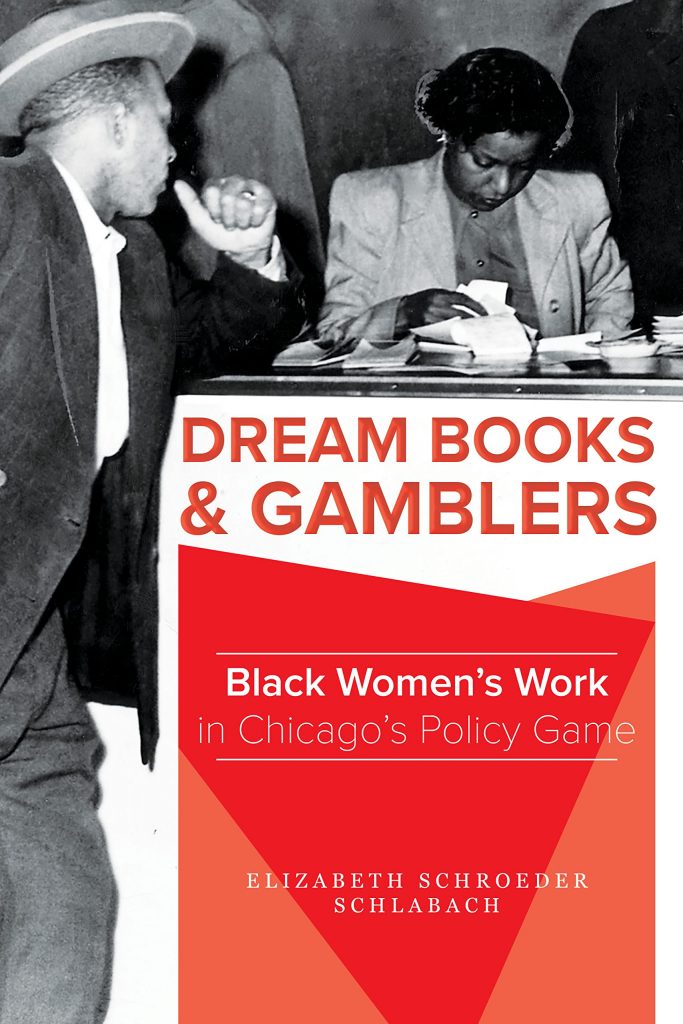 A harmless vice enjoyed by the Black community is forced underground by a coalition of moralists and racists eager to criminalize Blackness. Despite illegality, demand keeps it ubiquitous, providing opportunities for those barred from the traditional economy. Tough-on-crime mayoral candidates promise its elimination. Upon election, they unleash waves of police violence, disrupting lives but failing to dismantle the illicit enterprise. Decades later, the beaten state legalizes it, putting the sale into white hands and disenfranchising communities battered by prohibition. Also: we are talking about lotteries, not pot.

While Elizabeth Schroeder Schlabach’s “Dream Books and Gamblers” doesn’t explicitly make a drug war comparison, it’s one that speaks for itself. Much as in her last book about Bronzeville, Schlabach takes us to Great Migration-era Chicago. When southern Blacks transplanted to Chicago, fleeing Jim Crow, they landed in and were crowded into the Bronzeville neighborhood. Soon after, an informal market of illegal lotteries, referred to as “policy,” sprung up. Schlabach’s particular focus is Black womanhood in the policy industry, from the bet writers and cashiers who comprised the policy’s risky ground level to the mediums who provided gamblers lucky numbers to the policy “Queens” who silently profited and were able to parley their illegally obtained wealth into legitimacy.

It’s on this latter topic that Schlabach is at her most narrative. In chapters devoted to the queens of policy, she explores their lives, their triumphs and their scandals. She follows several threads, including that of Jones Brothers matriarch Harriet and the dishy clash between Elizabeth Slaughter and Eudora Johnson over the gambling fortune of Eudora’s brother Mushmouth. It’s through this section that Schlabach most liberally quotes historic Black publications, like the Chicago Defender and Ebony, to capture contemporary perceptions: how policy could be editorialized as public nuisance but its benefactors could be philanthropists, royalty or community pillars. Putting reputation laundering aside, the Defender and its coverage are a primary character. Schlabach demonstrates how the Defender on one page could scold the exploitative nature of the policy game, but could be filled with adverts for mediums providing numbers on another, or even dedicate a spread to a queen’s opulent wedding. The Defender was in search of both heroes and villains and in policy they found both.

Set against the glam of the queens, the last third of “Dream Books and Gamblers” is a sober view of the carceral legacy of CPD’s policy crackdown, most felt by the policy writers. Using court files, Schlabach illuminates the lives disrupted by police harassment, the rights trampled over, and the strategies taken to avoid conviction. But while she clearly sketches the hardships of policy’s lowest rungs, Schlabach also illustrates the opportunity and even pride that policy afforded these women, some of whom went on record to report it as an occupation or who even described it as the best job they ever had. While it was a complicated opportunity, one with risks and ultimately short-lived because of Italian mob encroachment and, eventually, the Illinois Lottery, but it was opportunity nonetheless. It’s one that Schlabach implores us not to forget.