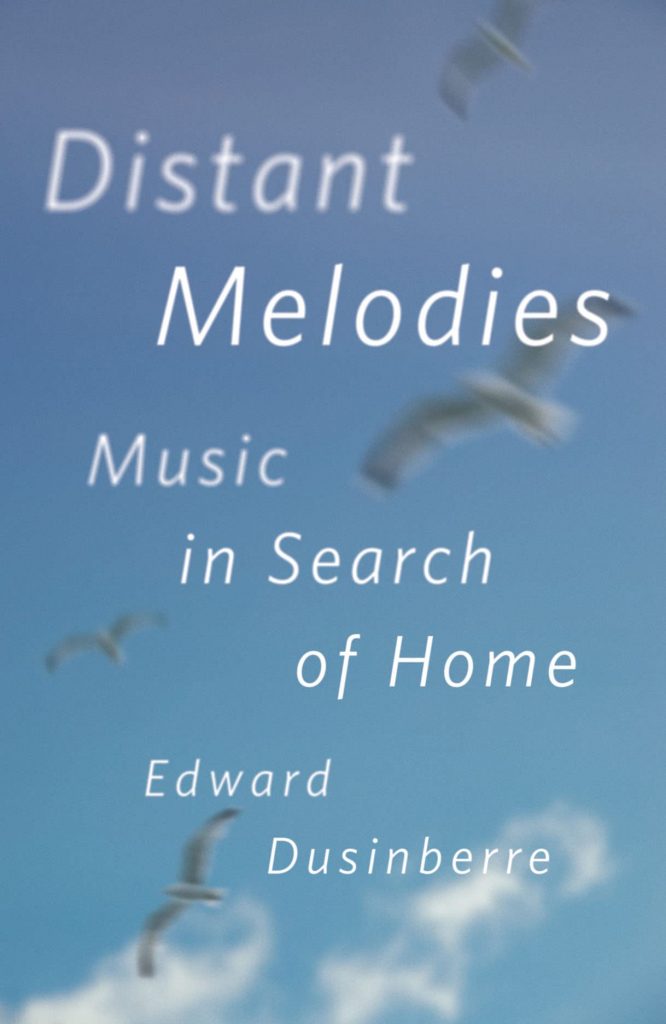 How is writing a book like performing in a string quartet? That is the question I asked as I read Edward Dusinberre’s “Distant Melodies: Music in Search of Home.” Dusinberre is first violinist of the famed Takács Quartet, and “Distant Melodies” is his mediation on how music shapes and reflects the psychic contours of our sense of place, particularly when we call that place home. An Englishman by birth, Dusinberre has held his position with the Takács Quartet for almost thirty years. He was the first non-Hungarian to join the group, founded in Budapest in 1975. Of the founders, only the cello player, András Fejér, remains. The pandemic limited the Takács Quartet’s ability to tour, but it gave Dusinberre the time to write and reflect. “In order for music to take one to a different time and place,” he muses, “there was some advantage to being suspended, to not going anywhere oneself.”

Dusinberre’s experiences as an English ex-pat living in Colorado and traveling the world as a performer in a Hungarian-rooted quartet naturally draw him to the central themes that animate “Distant Melodies.” Written almost contrapuntally, the book is arranged around fragments of memoir that unfold in harmonic relation to the biographical sketches of four European composers: Edward Elgar, Benjamin Britten, Antonín Dvorák and Béla Bartók. The latter three spent time in the United States, and it is to the emotional disequilibrium of being a stranger in a strange land that Dusinberre attunes himself. In exploring elements of both his own life and the lives of these composers, Dusinberre highlights how the affective resonances of physical space (so often imbued with memories of family and friends, peace and comfort) and spiritual connection (often associated with the kinship one feels for those who share a cultural and linguistic background) influence both musical performance and composition.

Dusinberre spends much of his time visiting places that haunt the music of these composers. Bartók, who arrived in the United States in 1940 and never returned to his native Hungary, lived for a brief time at the Albemarle Inn in Asheville, North Carolina. Dusinberre recounts his own pilgrimage to the Albemarle, where he took the room Bartók had occupied and obsessively practiced Bartók’s Sixth Quartet. In doing so, Dusinberre gained insights into the piece. Dvorák took brief spiritual refuge in Spillville, Iowa, a small town that was home to a large community of immigrants from his native Bohemia. Dusinberre’s first public appearance with the Takács Quartet took place in Spillville, and the piece they performed was Dvorák’s “American” Quartet, which was composed there in 1893.

But it is not just the lives of these composers that Dusinberre reflects upon; he also takes up his relationship to the Takács Quartet itself. Although Dusinberre doesn’t mention this in his book, the poet Goethe, in an 1829 letter to German composer Carl Friedrich Zelter, expressed a preference for string quartets: “[Y]ou hear four rational persons conversing together, and fancy you get something from their discourse…” Dusinberre provides insight into the tenor of these conversations, which unfold anew even when the piece has been played countless times before. I found his conversation about musical conversation to be illuminating; my ears are the better for it.

Music gives lyrical lift to the longing for whatever settles the heart. And while it may be easy to see how such longing can be expressed in the words to, say, a country song—John Prine said “The water tastes funny when you’re far from your home”—it may be less obvious how the strains of yearning are expressed in classical music. Dusinberre does a nice job of showing us how the discordant experiences of figurative exile come to be transposed into music that though without words, speaks no less.