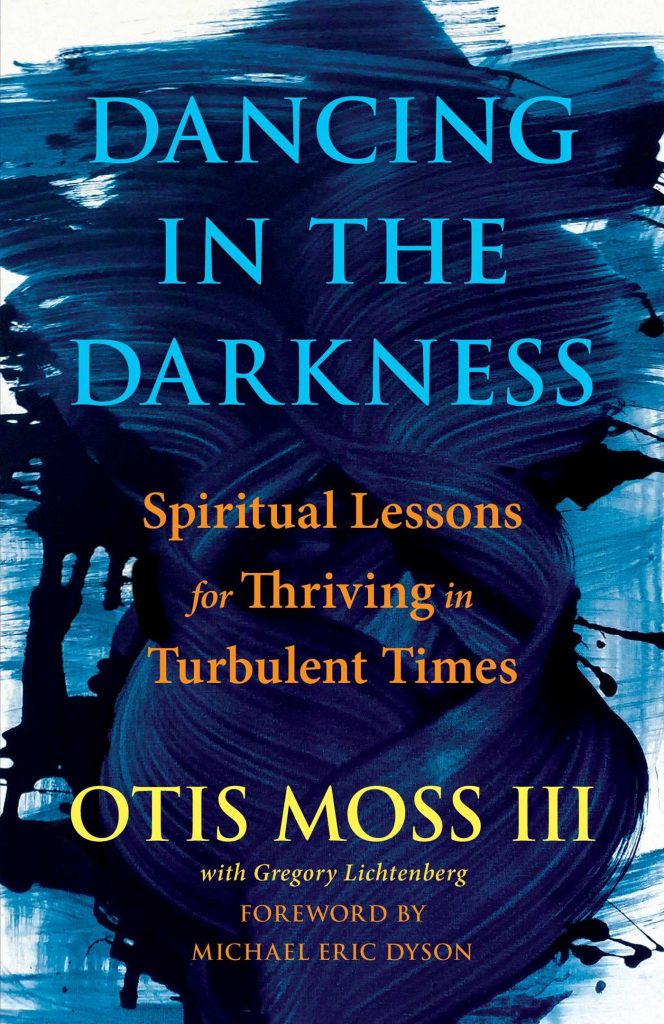 The Reverend Otis Moss III’s book “Dancing in the Darkness” gets its title from a moment of grace during a scary time in the author’s life. Moss is senior pastor of the Trinity United Church of Christ in Chicago’s Washington Heights neighborhood on the South Side. The church received hundreds of death threats when one of its parishioners, then-Senator Barack Obama, was running for president in 2008. Before one service, parishioners were met by members of the infamous Westboro Baptist Church, who were carrying their hateful signs. As many as forty news trucks lined the street.

Moss worried that his family would be harmed. One night, he heard a noise downstairs and went to investigate, brandishing a baseball bat. Instead of an intruder, he found his little daughter Makayla, gleefully practicing ballet steps in her dark room. She was too excited to wait until morning.

Moss took the dancing as a metaphor—in his fear, he had allowed the darkness to invade his mind, and had forgotten that even in the darkest night, the light is still there. He told his congregation the next day that while night comes in all lives, night is temporary. “We must learn to dance in the darkness until morning.”

The book tackles the kinds of fears people have in the darkest of times, like the one we’re living in now, and how to respond with both love and justice to racism, violence and other evils. This is the kind of book you have to read with a pencil in hand, to underline passages to remember. Like “Mercy is only mercy when someone is guilty.”  And “We must learn to grieve prophetically.” And “Denial and despair are both ways to avoid wrestling with the spiritual challenges of our times. The alternative is neither to wallow in our blues nor to deny them, but to sing them.”

It’s a book that must be read slowly, to allow it to make grooves in the mind. It’s strong black coffee and whole-grain bread. It is not a sentimental book about faith—there are no soft, watercolor ideas here, no easy rounds of “Kumbaya.” Instead, it is a call to approach problems with wisdom and mental courage, along with love.

You don’t need to be a religious person to read this book. It can be useful for people in a secular society, who often see the worst sides of organized religion, to examine how the world’s problems look from a true spiritual perspective. But if you are a religious person, this book can offer needed clarity and help.

Moss, whose parents were married by Dr. Martin Luther King, Jr., does not offer easy answers—he knows how bone-deep the country’s problems are. But the complexity is part of this slender book’s strength. Dylann Roof, for example, a white supremacist convicted of killing nine people in a Charleston church, could be seen simply as a solitary villain, an exceptional character. But Moss points out that Roof was taught by a long history of racism that has corrupted many people. While Roof committed evil, he was not the root of the evil, Moss argues. Moss wants people to use their strength to tackle the roots of evil, instead of wasting their lives on vengeance, and meeting harm with harm. It’s a tough lesson to take in, but the easy answers haven’t been working.