Cris Mazza, “Something Wrong With Her” 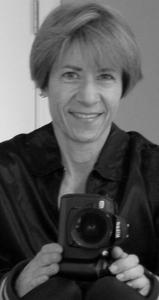 Director of UIC’s Program for Writers Cris Mazza is the author of seventeen books, including “How to Leave a Country,” “Various Men Who Knew Us As Girls,” and her forthcoming memoir, “Something Wrong With Her.” It is in this latest title that Mazza explores her struggle with antiorgasmia (commonly called “frigidity,”), and through old journals and notes, traces her life back to an unfeeling relationship she shared with a boy when she was younger. Mazza reconnects with the boy—now a man, of course—and his side of the story of their failed relationship transforms the book.  Publishes in October

Elizabeth Gilbert, “The Signature of All Things” 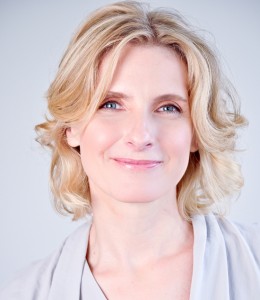 Elizabeth Gilbert became a household name in 2006 when her travel/self-discovery memoir, “Eat Pray Love,” became a national sensation. In her newest book, “The Signature of All Things,” Gilbert makes a return to fiction (indeed, she wrote things before “Eat Pray Love”), with the story of a poor-born Englishman named Henry Whittaker who makes a significant fortune in the South American quinine trade. When his precise and practical daughter Alma falls in love with an artist named Ambrose, the story of their love unfolds just as ideas about class, religion, and science begin to shift in what we now call the Industrial Revolution. A love story large in scope and heart. Publishes October 1. Gilbert reads at the Palmer House with Printers Row, October 30.

Nick Offerman, “Paddle Your Own Canoe” 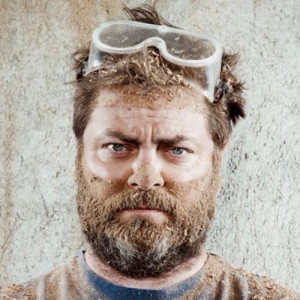 Years before Nick Offerman wooed America as Ron Swanson, the mustachioed, meat-loving department director on NBC’s comedy “Parks and Recreation,” he graduated from UIC and helped co-found Defiant Theatre. This fall, Offerman is touring to promote the release of his book, “Paddle Your Own Canoe: One Man’s Fundamentals for Delicious Living.” The Music Box Theatre and Unabridged Bookstore will be hosting a reading to celebrate the book, followed by a screening of Offerman’s favorite film. October 4 at Music Box Theatre. Ticket information at unabridgedbookstore.com 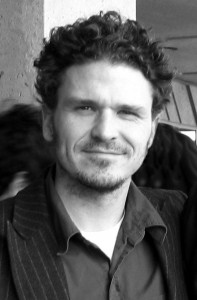 In mid-August, Dave Eggers announced the October release of his newest work of fiction “The Circle” from Knopf, because when you’re Dave Eggers, you can do that. (In fact, it’s sort of Eggers’ thing now. In 2012 he announced “A Hologram for the King” less than a month before its release date, and that certainly worked out well for him. The book was named one of the Top Ten Books of the Year by the New York Times and was a finalist for the National Book Award.) “The Circle” follows protagonist Mae Holland’s rise through a prominent Internet company that, according to Knopf, “links users’ personal e-mails, social media, banking, and purchasing with their universal operating system, resulting in one online identity and a new age of civility and transparency.” I’m going to surmise that Mae’s story doesn’t end happily ever-after, but because no one’s read the damn thing yet, we’ll all have to pick up a copy to find out.  Publishes October 8

Chicago Humanities Festival
The Chicago Humanities Festival always brings an inspiring group of literary talent to the city. This year’s events include a discussion with Junot Diaz, author of “The Brief Wondrous Life of Oscar Wao” and “This is How You Lose Her,” a conversation with Lemony Snicket, aka Daniel Handler, author of the serial novels “A Series of Unfortunate Events,” and a reading with 2013 Chicago Tribune Heartland Prize winner Chimamanda Ngozi Adichie, author of “Americanah.” I could go on, but the great thing about the CHF is that there’s no shortage of terrific events to attend—it’s choosing between them all that’s a challenge. October 13 & 20 & November 1-10.  Most events are free, some are ticketed. For complete schedule and pricing, see chicagohumanities.org 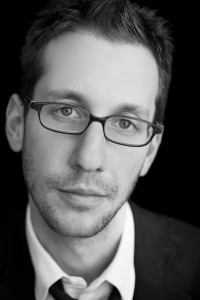 his wife, restaurateur Alpana Singh presented a panel at the Printers Row Book Fair called “Wine in Literature.” This October, Blackstone will be celebrating the release of “Vintage Attraction,” a novel about an English teacher named Peter Hapworth who meets a prominent sommelier named Isabelle Conway. They fall in love, and soon find themselves in a relationship with complexities that anyone who’s ever loved will find familiar: sometimes bitter, sometimes sweet, growing fuller with time.  Publishes October 22 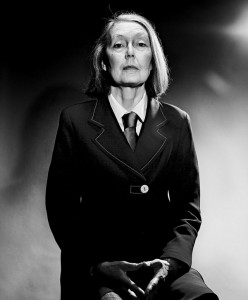 budget, so pick up a copy of one of these great writers’ books and settle down on your couch with some convenience-store wine and leftover takeout. It’s not at all the same thing, but rest assured it’s how I plan to honor these writers, too. October 23 at The Forum

Anne Carson, Poetry Off the Shelf
Anne Carson is the author of several works, including “Eros the Bittersweet,” “Glass Irony, and God,” “Autobiography of Red.” This innovative, genre-defying poet and fiction writer is a former MacArthur and Guggenheim fellow, and won the PEN Award for poetry translation in 2010. To celebrate the release of this year’s “red<doc,” Carson will read at the Harold Washington Library for the Poetry Off the Shelf series. November 2 at Harold Washington Library.