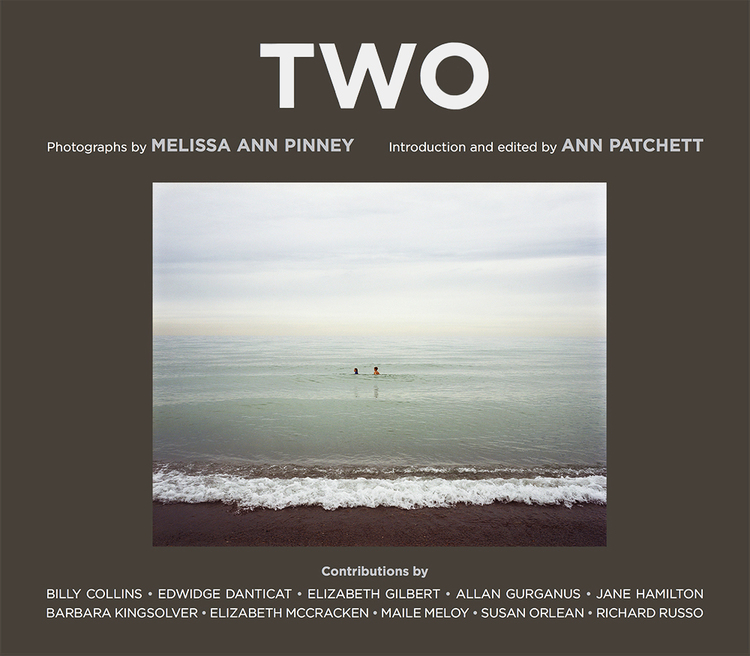 “Two” is a compelling book of photographs by Evanston photographer Melissa Ann Pinney. Edited and introduced by Ann Patchett, interspersed throughout are ten essays on the theme of twoness written by some of our best contemporary writers, including Barbara Kingsolver, Edwidge Danticat and Richard Russo.

The idea for this book, Pinney’s third, sparked when Pinney noticed that she’d spent a lifetime taking pictures of twoness. She contacted Patchett, telling her, “I’m starting to think about a new book…Things in pairs. Two things.” Patchett understood Pinney’s vision immediately on seeing the photos, and in her introduction writes: “I was struck with both the comfort and the tension these pictures contained.” This uneasy equilibrium is what makes Pinney’s photographs profound.

Pinney’s sharp sight allows for the revelation of the tension inherent in twoness, in relationships: love risks becoming oppressive, has an edge of the ephemeral, which makes for tension. Pinney transmits this idea through her images despite the seductive, lush landscapes, and gorgeous bodies of water and sand that she is drawn to; despite her ability to make light illuminate without casting shadow; her palette of pastels. In fact, you could say Pinney describes her work in her preface when she writes of her mother: “Her observations were sometimes caustic, sometimes funny, always insightful.”

Insight in “Two” comes from repressed feelings Pinney captures in her subjects; the causticity comes from her choices, as in taking a photo of two young people sitting side by side facing a wall; the humor arises out of the details she notices, such as a young girl at a parade with large American flags worn as earrings.

A kind of eternal aloneness is expressed in the last photo of “Two”: adults whom I presume are a mother and father stand watch over their son and daughter as the children dig in the shallow sea. They form a group, but seem disconnected. Shapes of other people in the water dissolve into the horizon that slips into the sea. Together, comforted, and yet, not. (Natalie Black)