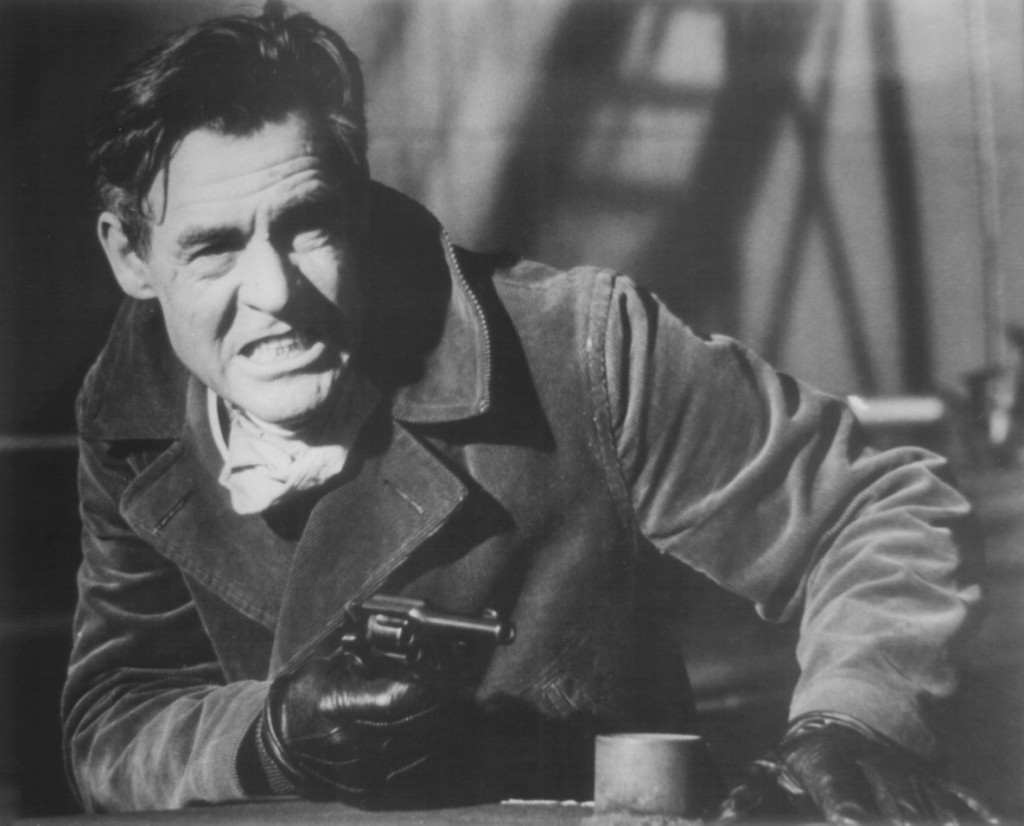 “Lives” indeed. It’s a fitting title for a biography of actor Robert Ryan, who lived on multiple planes, which he did his best to keep widely separated. In his richer roles, Ryan came off as conflicted and complex, his laconic exterior hinting at a volcanic and barely contained inner force. This divided quality made him the male face of film noir, the postwar cinematic mode that was all about ambivalence and moral gray areas, as Hollywood for one brief moment stopped kidding around and confronted the imperfections and contradictions of human nature and American society head on.

Ryan sculpted his innate intelligence, imposing physicality (he was six-feet-three-inches tall and a heavyweight boxing champ at Dartmouth) and melancholy aura into a gallery of flawed, split and sometimes monstrous characters, who were at the same time vulnerable and haunted by loss and regret. From his breakthrough in 1947 as the slyly crazy anti-Semitic killer in “Crossfire” to the washed-up fighter in “The Set-Up” (which inspired Cary Grant to declare that Ryan’s performance was “one of the best I’ve ever seen”) to the simultaneously sinister and pathetic Howard Hughes impersonation in the noir melodrama “Caught,” and dozens more besides in his three-decades-long career, Ryan brought an understated intensity to his roles that resonates more strongly today than the work of other and better-known stars. 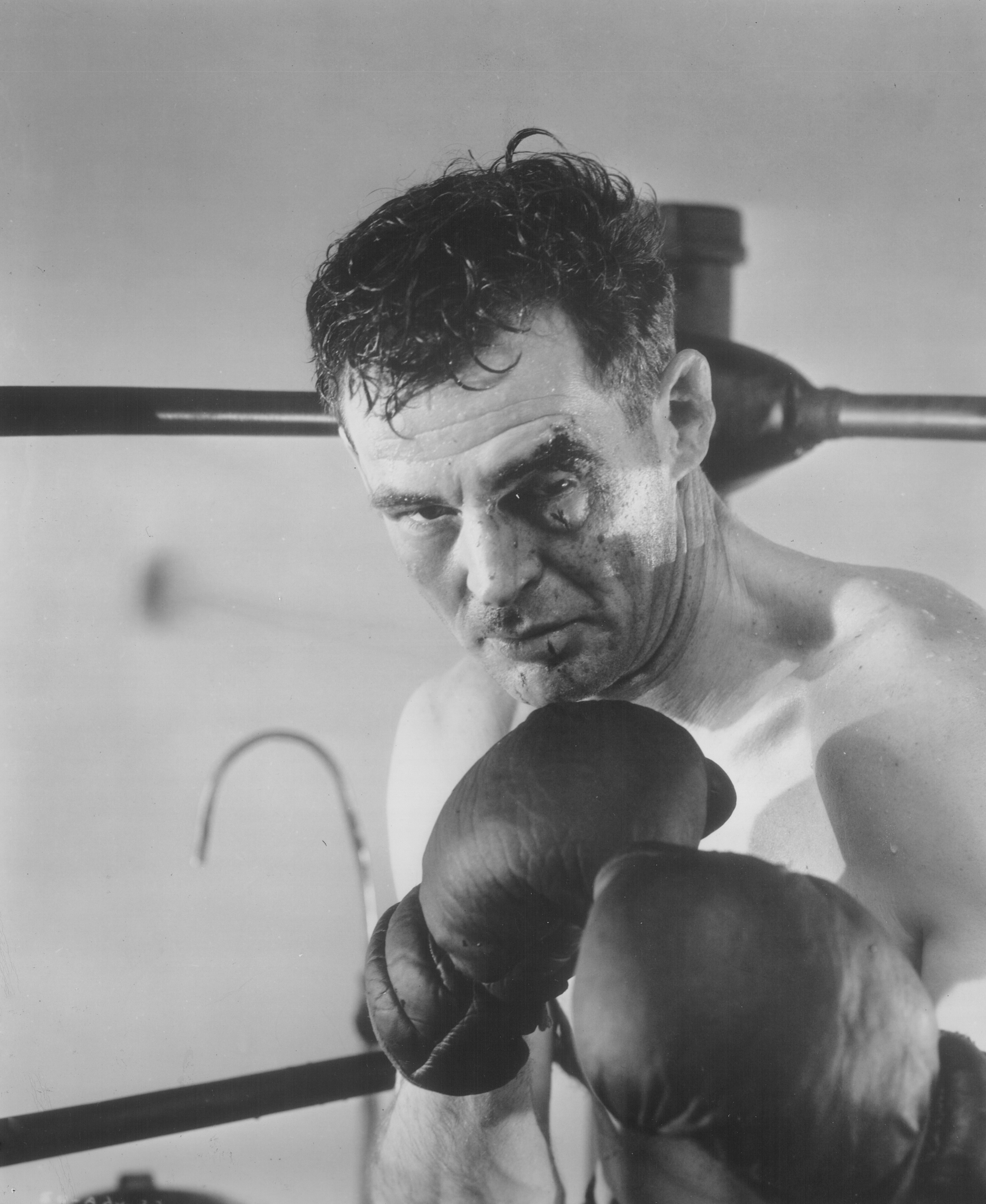 Yet when honored by the city of Los Angeles on the occasion of his eightieth movie, Ryan summed up his career thus: “Eighty pictures—and seventy of them were dogs. I mean, dogs.”

“That’s a pretty harsh assessment,” says author (and Reader film critic) J.R. Jones in conversation. He should know, having watched the entire Ryan opus during the three years he spent on the biography. “There are about two dozen that are keepers.”

As Hollywood goes, that’s not a bad ratio. But Ryan was not a typical movie actor. As portrayed in Jones’ solidly researched and readable narrative, Ryan was a man of parts that didn’t always mesh and of high—and sometimes unrealistic—standards as artist, family man and citizen. The result was a gnawing dissatisfaction underneath a life of signal achievement. Reading this book, one gets the sense that Ryan excelled in film noir because his own life to some extent took on the noir qualities of entrapment, paralyzing guilt and fixation on the past.

One thing always in Ryan’s rearview mirror was his Chicago childhood, as the scion of an affluent Irish family that came down in the world during the Depression. Jones’ pursuit of Ryan’s various lives began with his encounter with an undated manuscript written by the actor about his own youth. Discovered among his effects by his daughter Lisa, the memoir touched upon a family tragedy from 1931, when Ryan was in college. It concerned a disastrous sewer construction fire that befell his father’s business, killing a dozen men and casting the young actor-to-be into adulthood. Long forgotten, the literally subterranean story makes one wonder whether it’s Ryan’s own Rosebud, unlocking the enigma of his personality.

But in real life there are no Rosebuds, only complicated human beings caught up in a particular historical context. Jones takes pains to set Ryan’s professional career against the shifting backdrop of American politics and culture, from the New Deal era when Ryan learned the theater trade from Max Reinhardt through the civil rights and anti-war movements of the 1960s, to which Ryan contributed more than his share of time and money. Throughout his life, Ryan was committedly left-liberal, radical enough to write an occasional bylined column for the “Daily Worker,” but canny enough to campaign for Truman rather than Wallace in 1948. 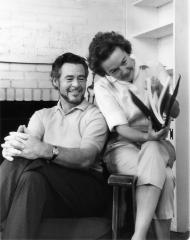 “My esteem for him went up during the research and writing,” says Jones. “For an actor, he worked on causes in a very serious way—he really was a generous, other-directed person. It’s only the people closest to him who found him very remote.”

The book thoughtfully plays out the paradoxes of its subject, a man who marched on Washington in 1963, served as a delegate for dovish presidential candidate Eugene McCarthy in Chicago in 1968, and with his Quaker wife Jessica founded the progressive Oakwood School in Los Angeles. Yet Ryan’s cinematic specialty was playing bigots and bullies, from the lynch-mob leader in “Bad Day at Black Rock” to the Texas plutocrat who plots JFK’s murder in “Executive Action,” filmed just weeks before his death from cancer in 1973.

So where did Ryan’s angst come from?

“Beats me,” admits Jones. “That’s pretty much the question. He wanted to do roles that were meaty and complex, especially if the films themselves were liberal-minded. Also, it was easy to get slotted in Hollywood in those days, and if you passed on a role, they’d just extend your contract.” 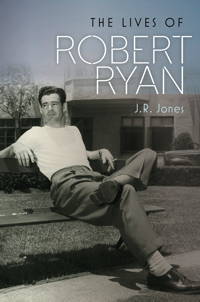 Coming from a genteel, Victorian upbringing, with parents as emotionally distant from him as he would be to his own children, Ryan learned early on to keep his feelings safely locked up, and to anesthetize his pain with booze. But as with many performers, his real self-medication was acting. “He seemed to be incredibly happy when he was making movies, no matter what the movie was,” notes his daughter Lisa. Ryan came to acting at the late age of twenty-eight, and it remained his real love the rest of his life. What he hated was the showbiz superficiality and opportunism that came with it.

It was in his work, as the cameras rolled, that Ryan could forget the things that bedeviled him, including a movie industry at odds with his own humanism and pacifism—a contradiction that climaxed with his superb performance in Sam Peckinpah’s apocalyptically violent “The Wild Bunch.” By the late sixties, notes the book, Ryan’s career “had evolved into a schizoid cycle of low-paying theater work that gratified him creatively and high-paying pictures that he often preferred to forget.”

Perhaps the deepest commentary comes from his wife, who noted in an unpublished manuscript that “American mythology is entirely for men—and for men at a pre-adolescent, gang-age stage of human development … there are no myths for women, nor are there any women of any significance in the myths of men.” 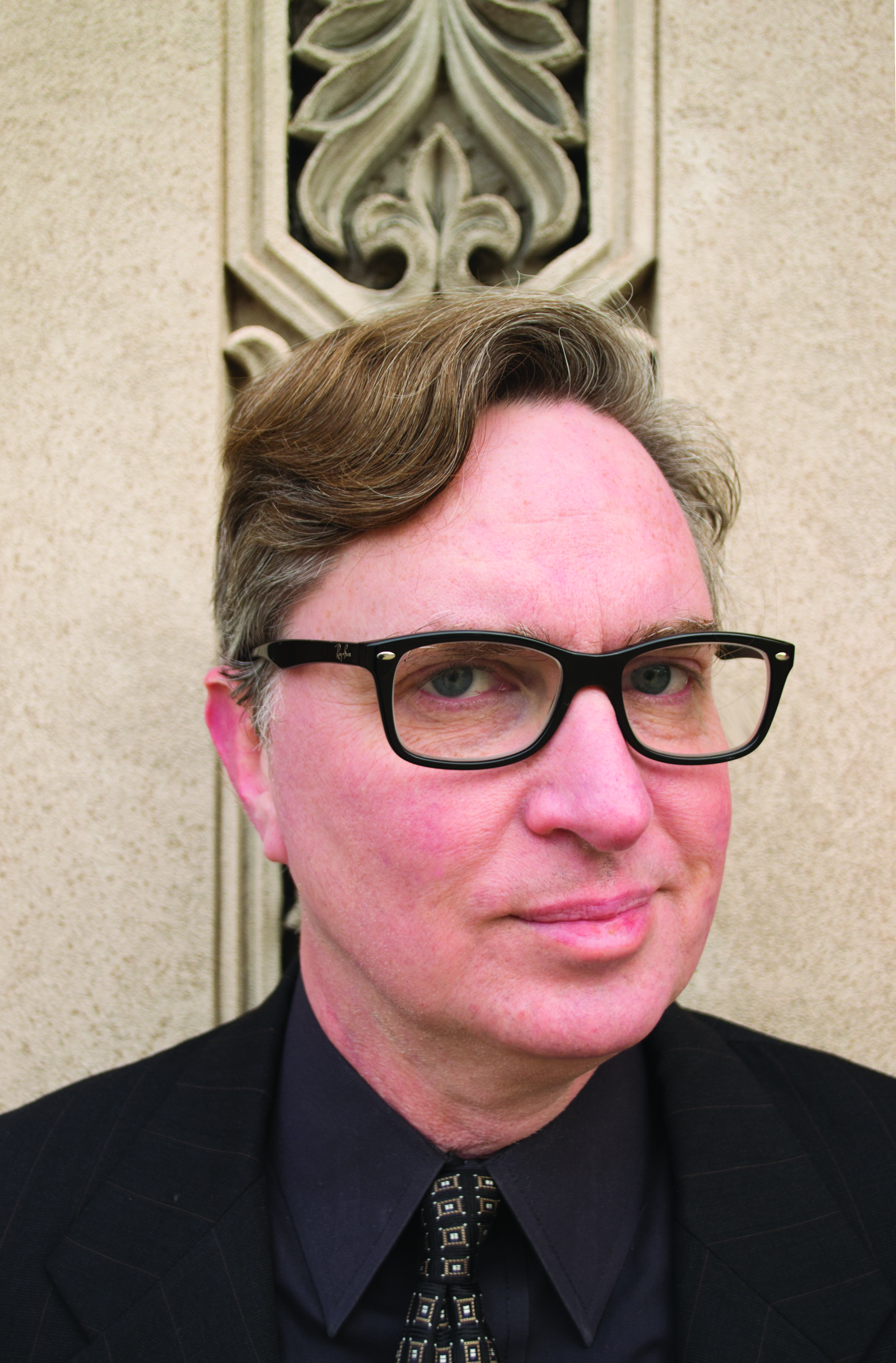 Seen through this lens, Ryan’s screen persona in so many westerns, crime thrillers and war pictures is the reflection of not just an industry, but also a larger culture that revolves around masculine aggression. In such an atmosphere, other and deeper aspects of Ryan’s personality tended to be expressed neurotically and self-destructively, lending many of his characters the twisted, pent-up energy that makes them memorable.

The book notes Ryan’s skill as an actor at “embracing the things he loathed.” What makes Robert Ryan a relevant and cyclically rediscovered figure is that his most successful roles are also the most critical ones, embodying what was unhealthy and out-of-balance around him, and raising issues beyond the scope of a Hollywood happy ending. As an actor, Ryan’s combination of charismatic vigor and emotional isolation made him a mirror of the larger society, and J.R. Jones deserves appreciation from movie lovers and students of American culture for bringing him out of the shadows.

On September 1, Alan K. Rode of the Film Noir Foundation for “Noir City: Chicago 7” will interview J.R. Jones at the Music Box Theatre, 3733 North Southport, (773)871-6607. The program will be a double bill of “House of Bamboo” and “The Racket.” Visit the Music Box’s website for more information.